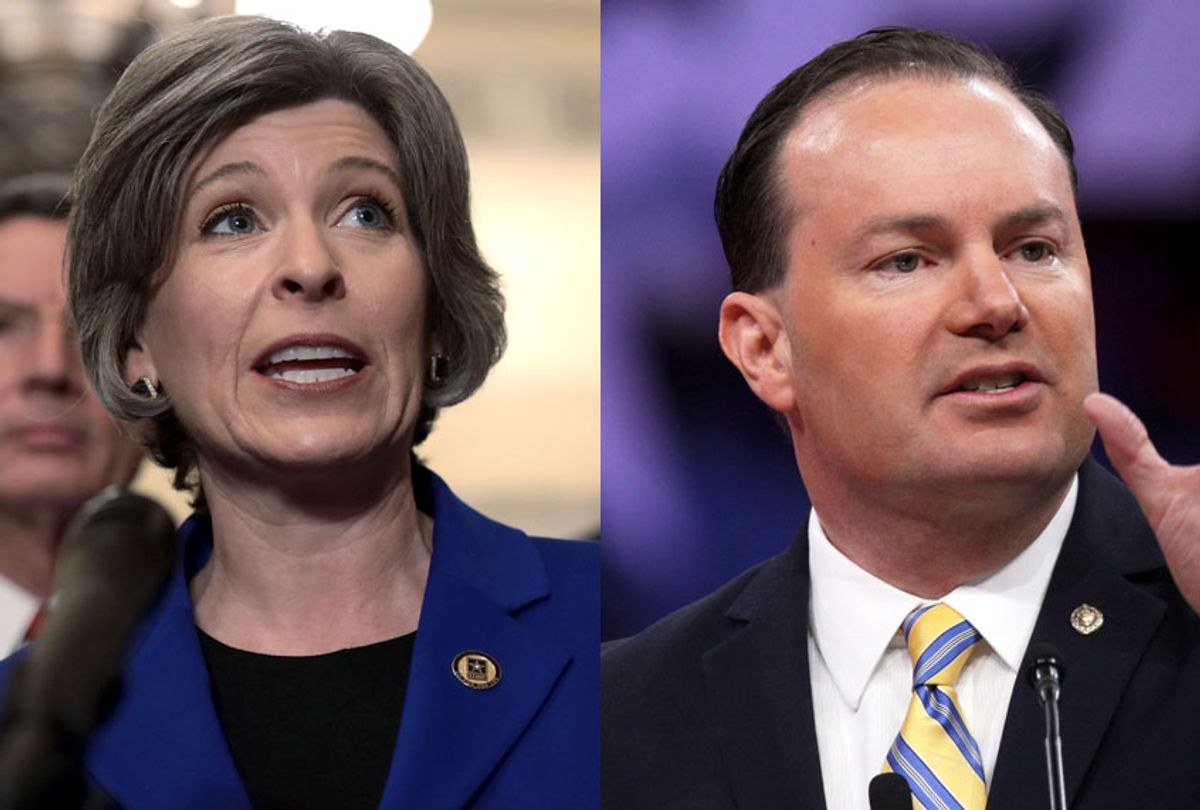 Sen. Mike Lee of Utah and Sen. Joni Ernst of Iowa introduced the Cradle Act to allow new parents to raid their own Social Security savings and delay their retirement and benefits in order to get up to three months of “paid” leave after the birth or adoption of a child. The lawmakers claim this is a “paid” leave policy even though it is paid for entirely by individuals and essentially just permits people to lend themselves money from retirement savings.

Under the plan, parents would have to delay their retirement by two months for every month of “paid” leave. Under the formula in the bill, a single parent earning the federal poverty level would receive 74 percent of their wages during their leave.

"I think most people would look at this as an opportunity that they might not otherwise have, an opportunity to benefit from payments that they've been making already for years," Lee told CBS News.

Ernst told the network that delaying retirement is a fair trade-off for spending an extra month with a child.

"A lot of folks will focus on, 'Oh, the end, the retirement age.' But often times we don't talk about that baby," Ernst said. "It is important that we focus on that too, and not just think about, 'Maybe I'm going to have to work another month or two or three.' But focus on the benefits that will come to that child as well."

"Anyone can choose whether or not to participate in the program," Lee told The Des Moines Register. "It is a trade-off, but a trade-off many will be willing to take."

The Trump administration, through Ivanka Trump, and Republicans like Sen. Marco Rubio, R-Fla., have spent the last two years trying to craft a more conservative approach to paid family leave than those long offered by Democrats.

Democrats quickly slammed the proposal. Sen. Kirsten Gillibrand of New York, a 2020 presidential hopeful who has introduced her own family leave policy, said that Lee and Ernst’s proposal was “not a realistic plan.”

"It only covers new parents and it creates a false choice between Social Security and paid leave," she said in a statement to The Hill. "We urgently need a national paid leave program that covers all workers for all medical emergencies, and anything less is just not enough."

Gillibrand’s FAMILY Act would create a 0.2 percent payroll tax to fund up to 12 weeks of paid family and medical leave to take care of any loved one, not just a new child.

Sen. Tammy Duckworth, D-Ill., said it was about time Republicans came around to the idea of paid family leave, but added that the Lee-Ernst plan is an unfair trade-off.

“I'm glad my colleagues agree we need a national paid family leave policy,” she tweeted, “but new parents shouldn’t have to rob from their retirement savings to take care of their children.”