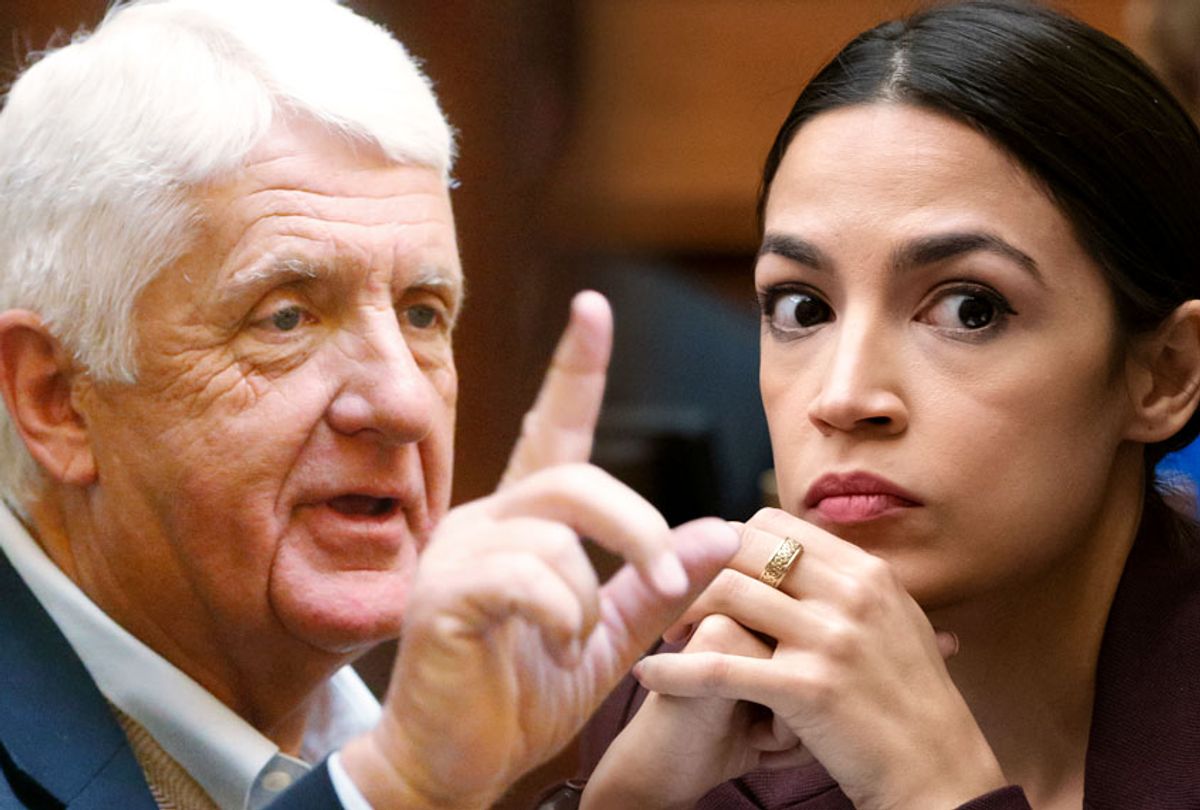 The statement was made during a press conference on Thursday when House Minority Leader Kevin McCarthy urged House Speaker Nancy Pelosi to hold formal hearings over the nonbinding resolution that Ocasio-Corez introduced last month supporting a Green New Deal, according to The Hill. During that conference, McCarthy warned that Ocasio-Cortez's proposals would "control too much of nearly every aspect of our lives."

He added, "This is the start of a conversation I believe is long overdue. We know so far that what the Green New Deal proposes would control nearly every element of our lives, from our travel to homeownership to what agriculture we could even grow. And that’s just the start."

During that event Rep. Rob Bishop, R-Utah, argued that Ocasio-Cortez's proposal would be tantamount to genocide. Bishop is the Ranking Member of the House Natural Resources Committee.

"For many people who live in the West, but also in urban and rural areas, the ideas behind the Green New Deal are tantamount to genocide," Bishop argued.

He added, "That may be an overstatement, but not by a whole lot. The genesis of this concept is really coming from easterners who live in an urban setting and have no view of what it’s like in the rest of America. When you judge distance not in miles but in subway stops, you realize there is something that needs to be discussed with this particular process."

The top Democrat on the committee, Arizona Democrat Raúl Grijalva, condemned Bishop's remark in a statement on Thursday. "Republican need to change their extremist tone on climate change," Grijalva said.

Last month, when speaking to Salon about the Green New Deal, Sen. Sheldon Whitehouse, D-R.I., bristled at the concept that its proposals are in any way radical.

"I don't think what we're proposing to address climate change is radical. I think what's really radical is the Republican notion that climate change is a hoax, that it shouldn't be addressed, and that they are conveniently ignorant about the science and the facts. That, to me, is an extraordinarily radical proposition, and it may even be a worse than radical proposition once we understand the extent of fossil-fuel funding in the Republican Party," Whitehouse explained.

He added, "I'm not going to accept being painted into the radical corner when we try to solve this problem, when I think the radical action here is the way that the Republican Party is misbehaving." He later pointed out that "I would say that the Green New Deal has been expressed in an array of policy recommendations that have an extraordinarily worthy purpose, which is to offset the increasing income inequality in the country, and the increasing share of the country's political power and economic power which is controlled by a smaller and smaller number of extraordinarily wealthy people and families and corporations."