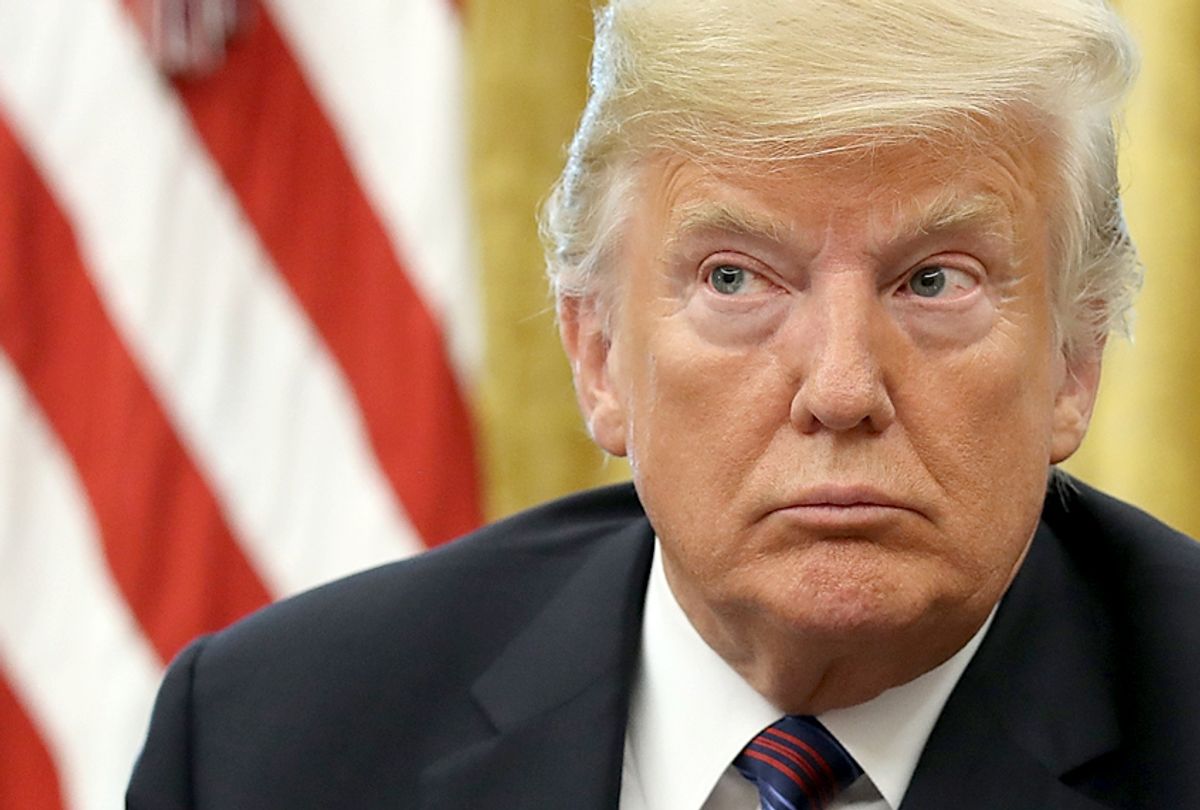 The Republican-led Senate voted Thursday afternoon to block President Donald Trump's declaration of a national emergency at the U.S.-Mexico border — an embarrassing blow to the commander-in-chief whose party controls the upper chamber. The Democratic-controlled House of Representatives passed a similar resolution in February, meaning it will soon head to the president’s desk.

Twelve Senate Republicans voted in favor of the joint resolution against Trump's emergency declaration — a reflection of some resistance within the Republican Party to Trump's proclamation, which some lawmakers view as pushing the limits of presidential power and an attempt to undermine Congress' power of the purse. Sens. Lamar Alexander of Tennessee, Roy Blunt of Missouri, Susan Collins of Maine, Mike Lee of Utah, Jerry Moran of Kansas, Lisa Murkowski of Alaska, Rand Paul of Kentucky, Rob Portman of Ohio, Mitt Romney of Utah, Marco Rubio of Florida, Patrick Toomey of Pennsylvania and Roger Wicker of Mississippi joined all 47 Senate Democrats – including the two independents who caucus with the party – to pass the resolution of disapproval.

Trump declared a national emergency last month in an effort to access billions of dollars that Congress refused to appropriate in order to see through his campaign promise of constructing a wall along the southern border. Attempts to negotiate with Congress to obtain the $5.7 billion Trump had sought for more than 200 miles of steel barriers along the U.S.-Mexico border failed and resulted in the nation's longest-ever government shutdown. Congress eventually passed a 1,169-page bipartisan spending package that included $1.375 billion for 55 miles of new walls, which Trump signed before revealing that he would also use his executive powers to declare a national emergency.

Under the National Emergencies Act, which Trump leveraged to claim broad authority to declare an emergency at the southern border, Congress can take up a joint resolution to disapprove of and essentially block the declaration.

Now that the House and the Senate both passed the joint resolution, it requires the president's signature. Trump will not sign a bill that overturns his own declaration, and he is poised to issue the first veto of his presidency to strike down the measure. To override the president's veto, two-thirds of both chambers of Congress would have to pass the joint resolution with a veto-proof majority. That means more than 53 Republicans in the House would need to join the Democrats to reach 288 votes. In the Senate, 20 Republican lawmakers would need to join the Democrats to reach the 67 threshold. Thus, it is unlikely that lawmakers in Congress will be able to override the president's veto.

Opposition to the national emergency was also expressed last month in a letter signed by 26 former Republican lawmakers. The open letter, subtitled "Honor Your Oath and Protect the Constitution," was published on the Project On Government Oversight watchdog's website.

Additionally, 58 former senior national security officials, both Republicans and Democrats, including former U.S. Secretary of State Madeleine Albright, spoke out against Trump's national emergency declaration in a letter published last month. The bipartisan group of former government officials wrote "there is no factual basis" to support the president's national emergency declaration on the country's southern border.