The president offered his “warmest sympathy and best wishes” to the victims. 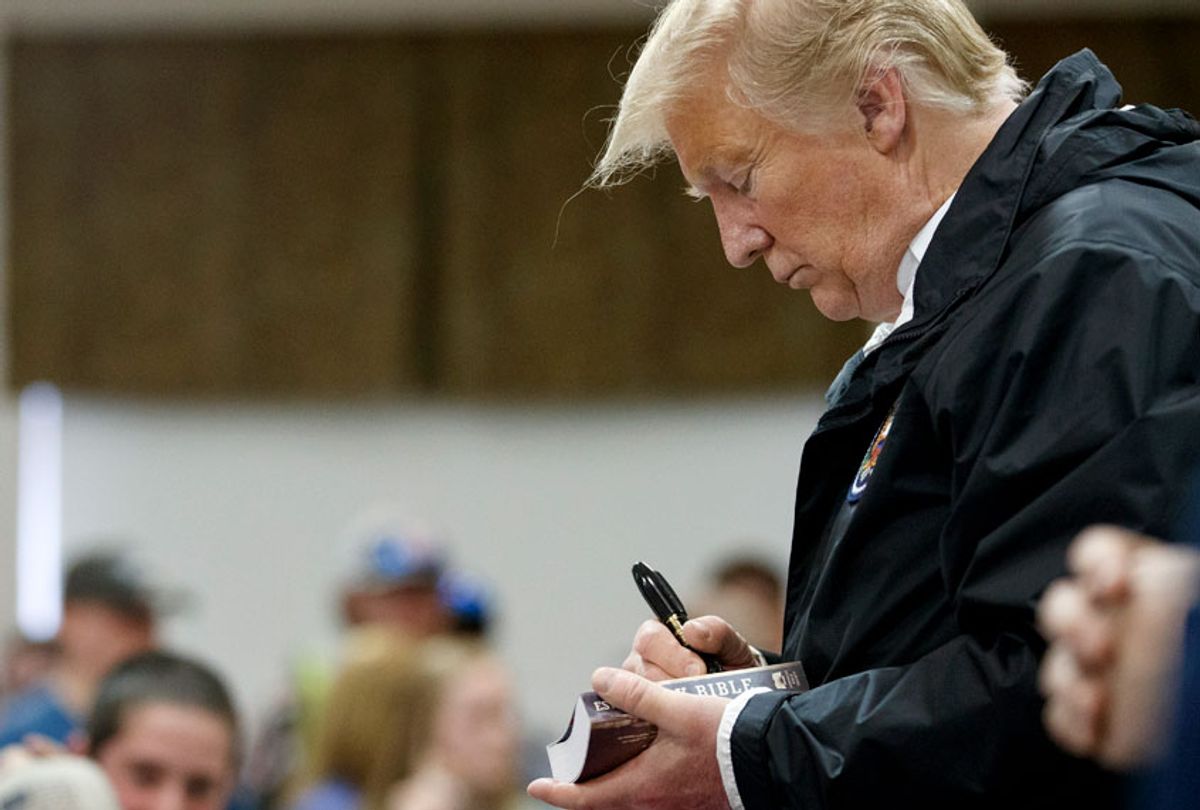 Donald Trump signs a Bible as he greets people at Providence Baptist Church in Smiths Station, Ala., Friday, March 8, 2019, during a tour of areas where tornados killed 23 people in Lee County, Ala. (AP/Carolyn Kaster)
--

President Donald Trump finally responded to the massacre of 49 Muslim worshipers in New Zealand, but other social media users were appalled by his casual condolences.

The president tweeted out a link to the anti-Muslim website Breitbart News shortly after the mass shootings, and hours later offered his “warmest sympathy and best wishes” to the victims.

“My warmest sympathy and best wishes goes out to the people of New Zealand after the horrible massacre in the Mosques,” Trump tweeted. “49 innocent people have so senselessly died, with so many more seriously injured. The U.S. stands by New Zealand for anything we can do. God bless all!”

The statement was widely criticized as inadequate, especially since the gunman claimed Trump and other U.S. conservatives in a lengthy manifesto as an inspiration for his anti-Islam violence.