Beto O'Rourke responds to sexism, hacking controversies as he kicks off 2020 presidential campaign 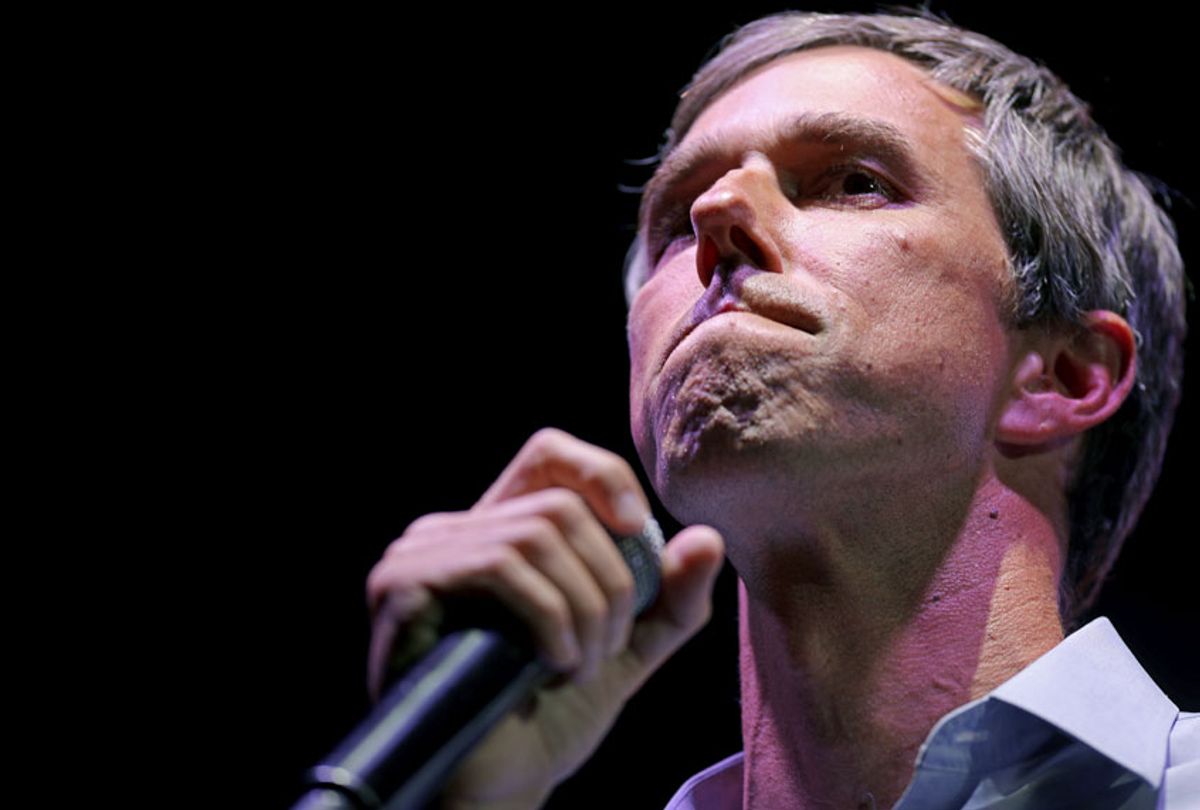 Former Rep. Beto O'Rourke is confronting some of the main controversies surrounding his early presidential campaign, including accusations of privilege and sexism as well as his past association with a hacking group.

One issue that O'Rourke has had to address was a frequent joke made at campaign rallies in Iowa where he quipped that his wife had been raising their children "sometimes with my help," according to CNN. In response to criticism that this remark was sexist and unfair to his wife, O'Rourke apologized during a recording of the podcast Political Party LIVE! in Cedar Rapids.

"Not only will I not say that again, but I'll be more thoughtful going forward in the way that I talk about our marriage, and also the way in which I acknowledge the truth of the criticism that I have enjoyed white privilege," O'Rourke explained.

He added, "So yes, I think the criticism is right on. My ham-handed attempt to try to highlight the fact that Amy has the lion's share of the burden in our family — that she actually works but is the primary parent in our family, especially when I served in Congress, especially when I was on the campaign trail — should have also been a moment for me to acknowledge that that is far too often the case, not just in politics, but just in life in general. I hope as I have been in some instances part of the problem, I can also be part of the solution."

The reference to O'Rourke's white privilege comes as many Democrats have expressed concern that, despite years in which white people have dominated American politics, O'Rourke seeks to run for president as a straight white male with a Spanish nickname (his actual name is Robert Francis O'Rourke). A conservative group, Club for Growth, has even tried to dampen support for O'Rourke in Iowa by releasing an ad that highlights his white privilege. O'Rourke also drew criticisms for being privileged when he told "Vanity Fair" last week about the 2020 election that he was "born to be in it, and want to do everything I humanly can for this country at this moment."

In addition to addressing criticisms regarding his joke about his wife and his white privilege, O'Rourke also discussed his past involvement with the Cult of the Dead Cow, a hacking group that he became involved with in the late 1980s. Although O'Rourke is not accused of having been directly involved in breaking into computers or helping others do so by writing code, he started his own bulletin board system called TacoLand that focused on discussing punk music and was known to have played pirated video games, written provocative essays and interviewed a neo-Nazi with the goal of humiliating the bigot, according to a Reuters report adapted from the upcoming book "Cult of the Dead Cow: How the Original Hacking Supergroup Might Just Save the World" by Joseph Menn. He has been especially criticized for a short story he wrote under the name "Psychedelic Warlord" when he was 15 about children being run over by a car.

"I'm mortified to read it now, incredibly embarrassed, but I have to take ownership of my words. Whatever my intention was as a teenager doesn't matter, I have to look long and hard at my actions, at the language I have used, and I have to constantly try to do better," O'Rourke said during his interview.