Chelsea Clinton was confronted by NYU students who condemned her criticisms of Rep. Ilhan Omar 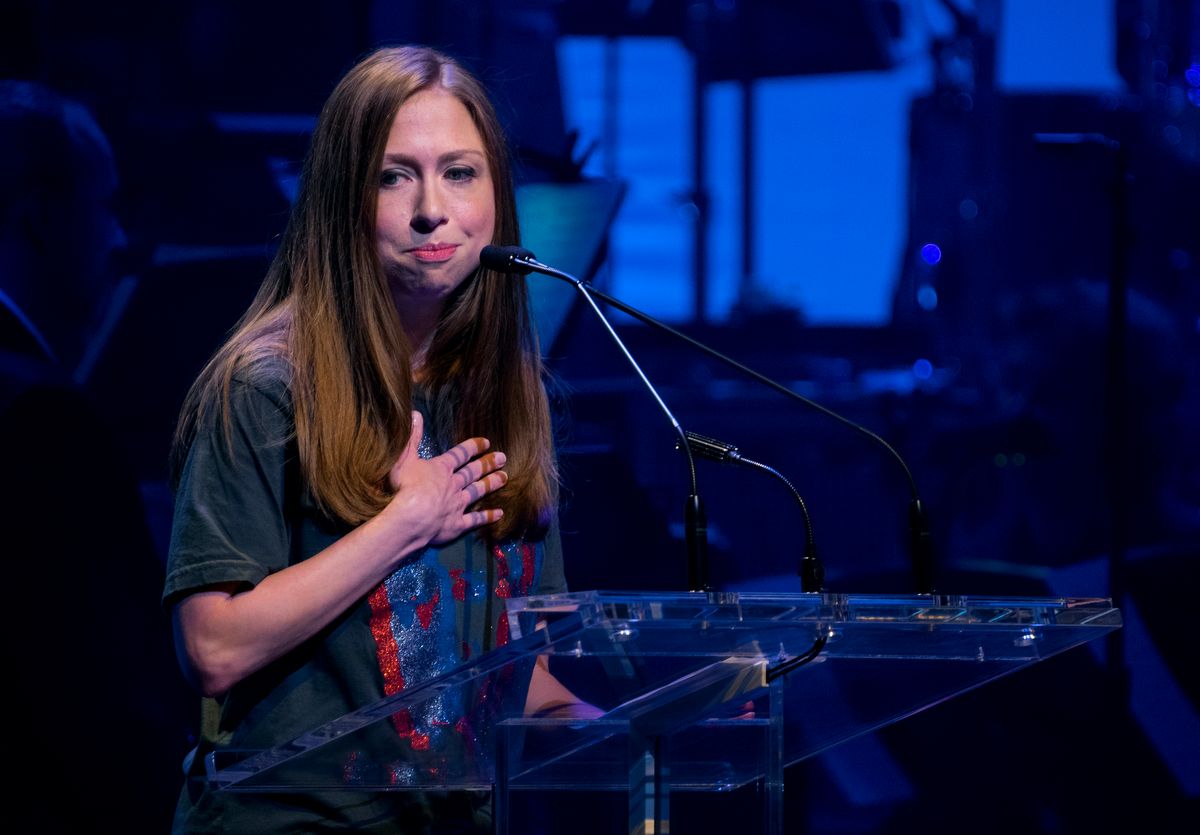 Chelsea Clinton, daughter of Hillary Clinton, speaks about her mother as she joins actors and performers as she participated during a benefit concert for the Hillary Victory Fund Monday, Oct. 17, 2016, in New York. (AP Photo/Craig Ruttle) (AP)
--

Chelsea Clinton, the daughter of former President Bill Clinton and former Secretary of State Hillary Clinton, was confronted by a pair of New York University students on Friday night who accused her of having "stoked" the Islamophobic hatred that resulted in the massacre of more than four dozen Muslims at a mosque in New Zealand.

"This, right here, is a result of a massacre stoked by people like you and the words that you put out into the world. And I want you to know that, and I want you to feel that deep down inside. Forty-nine people died because of the rhetoric you put out there," Leen Dweik, a Palestinian Muslim and senior at New York University, told Clinton during a vigil at the university's Islamic center on Friday night, according to The Washington Post. Dweik later told The Post that she was particularly troubled by Clinton's use of the phrase "as an American" when she tweeted:

"Co-signed as an American, We should expect all elected officials, regardless of party, and all public figures to not traffic in anti-Semitism."

That tweet was written in response to a controversy surrounding Rep. Ilhan Omar, who was accused of anti-Semitism after posting a tweet critical of Israel. According to Dweik, Clinton's use of the phrase "as an American" raised concerns that the former First Daughter was identifying herself as more American than Omar, a Somali refugee and one of three Muslims currently serving in the House of Representatives. While House Democrats initially moved to condemn Omar for her comments, they later walked back their reaction after an outcry from the party's progressive wing.

Clinton responded to Dweik's comments by remarking, "I’m so sorry that you feel that way. Certainly, it was never my intention. I do believe words matter. I believe we have to show solidarity."

Dweik and Rose Asaf, a Jewish American-Israeli student at New York University who filmed Dweik's encounter with Clinton, later wrote about their experience for BuzzFeed.

"We did a double take when we first noticed Chelsea Clinton was at the vigil,"  Dweik and Asaf explained. "Just weeks before this tragedy, we bore witness to a bigoted, anti-Muslim mob coming after Rep. Ilhan Omar for speaking the truth about the massive influence of the Israel lobby in this country. As people in unwavering solidarity with Palestinians in their struggle for freedom and human rights, we were profoundly disappointed when Chelsea Clinton used her platform to fan those flames. We believe that Ilhan Omar did nothing wrong except challenge the status quo, but the way many people chose to criticize Omar made her vulnerable to anti-Muslim hatred and death threats."

After a video of the encounter went viral, Clinton wound up receiving support from a surprising source — Donald Trump Jr., the eldest son of President Donald Trump, who defeated Clinton's mother during the 2016 presidential election.

"It’s sickening to see people blame @ChelseaClinton for the NZ attacks because she spoke out against anti-Semitism," Donald Trump Jr. tweeted. "We should all be condemning anti-Semitism & all forms of hate. Chelsea should be praised for speaking up. Anyone who doesn’t understand this is part of the problem."