President Donald Trump slams late senator: "I was never a fan of John McCain, and I never will be" 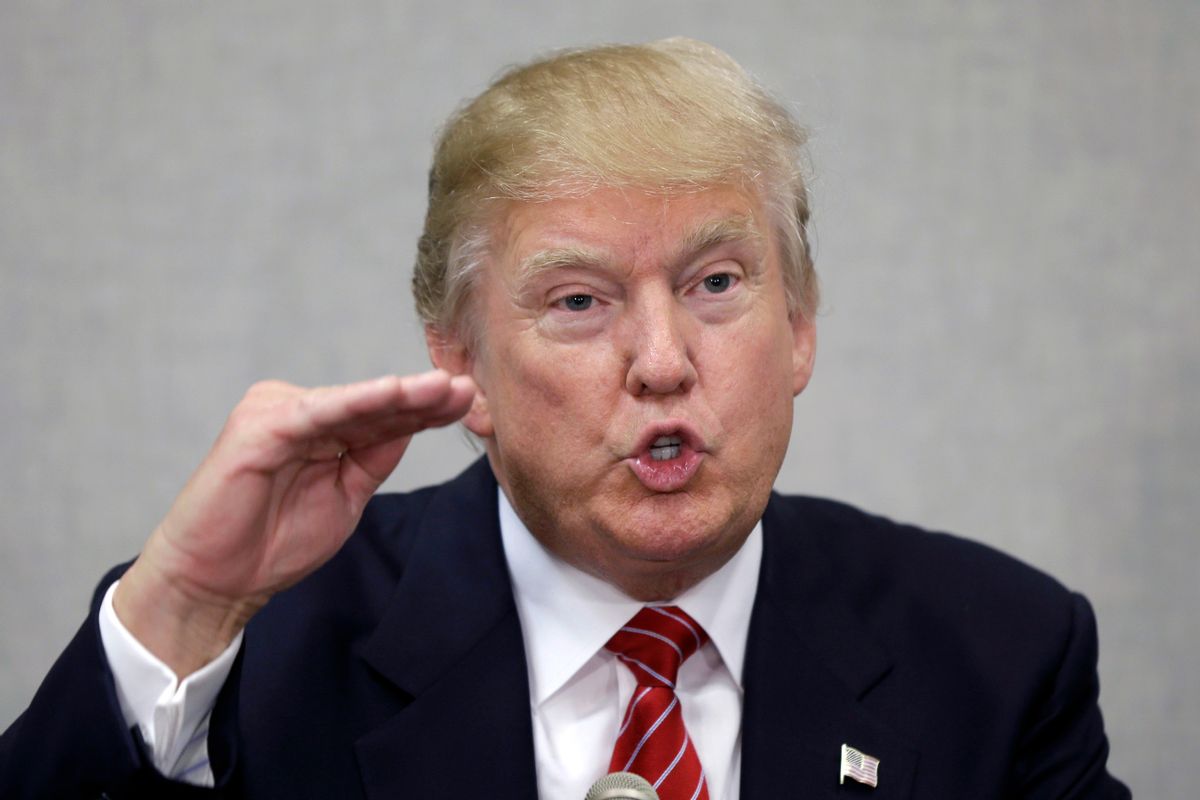 In this July 17, 2015, photo, Republican presidential hopeful Donald Trump speaks to reporters before addressing the Republican Party of Arkansas Reagan Rockefeller dinner in Hot Springs, Ark. The Republican establishment may hope this is the beginning of the end for Trumps circus-like run for the presidency. But the billionaire businessmans supporters are cheering him louder than ever as the fallout intensifies after he mocked Sen. John McCains war hero status. (AP Photo/Danny Johnston) (AP)
--

President Donald Trump on Tuesday intensified his attacks on former Sen. John McCain, R-Ariz., after he drew criticism for lashing out at the late senator over the weekend on Twitter.

"I was never a fan of John McCain, and I never will be," Trump told reporters in the Oval Office when asked why he continues to assail McCain seven months after his death.

Trump's escalated attacks against McCain suggest the president cannot resist reviving old battles, many of which he renewed over the weekend in a series of tweets that criticized McCain, former Vice President Joe Biden, Democrats, special counsel Robert Mueller's investigation into Russian interference in the 2016 election, the media and more.

While sitting beside Brazil's new president, the far-right Jair Bolsonaro, Tuesday in the Oval Office, Trump said he remains "very unhappy" with McCain over the late senator's famous late-night thumbs down vote against legislation to repeal and replace the Affordable Care Act, also known as Obamacare. Trump called McCain's pivotal "no" vote against a so-called "skinny" repeal measure of the Affordable Care Act "disgraceful" and claimed McCaine sank efforts by Republicans to repeal the healthcare law among "other things" that have left him angered.

Trump also accused the "last in his class" McCain of sending "the Fake Dossier to the FBI and Media hoping to have it printed BEFORE the Election." (McCain acknowledged in January 2017 that he had delivered the document to then-FBI Director James Comey.)

The president has reignited his years-long feud offensive against the late Arizona Republican with his insulting tweets in recent days. His renewed insults prompted the late senator's daughter, Meghan McCain, to respond that "no one will ever love" Trump the way they loved her father.

"He spends his weekend obsessing over great men, because he knows it – and I know it and all of you know it – he will never be a great man," Meghan McCain said Monday on ABC’s "The View," which she co-hosts. "My father was his kryptonite in life. He's his kryptonite in death."