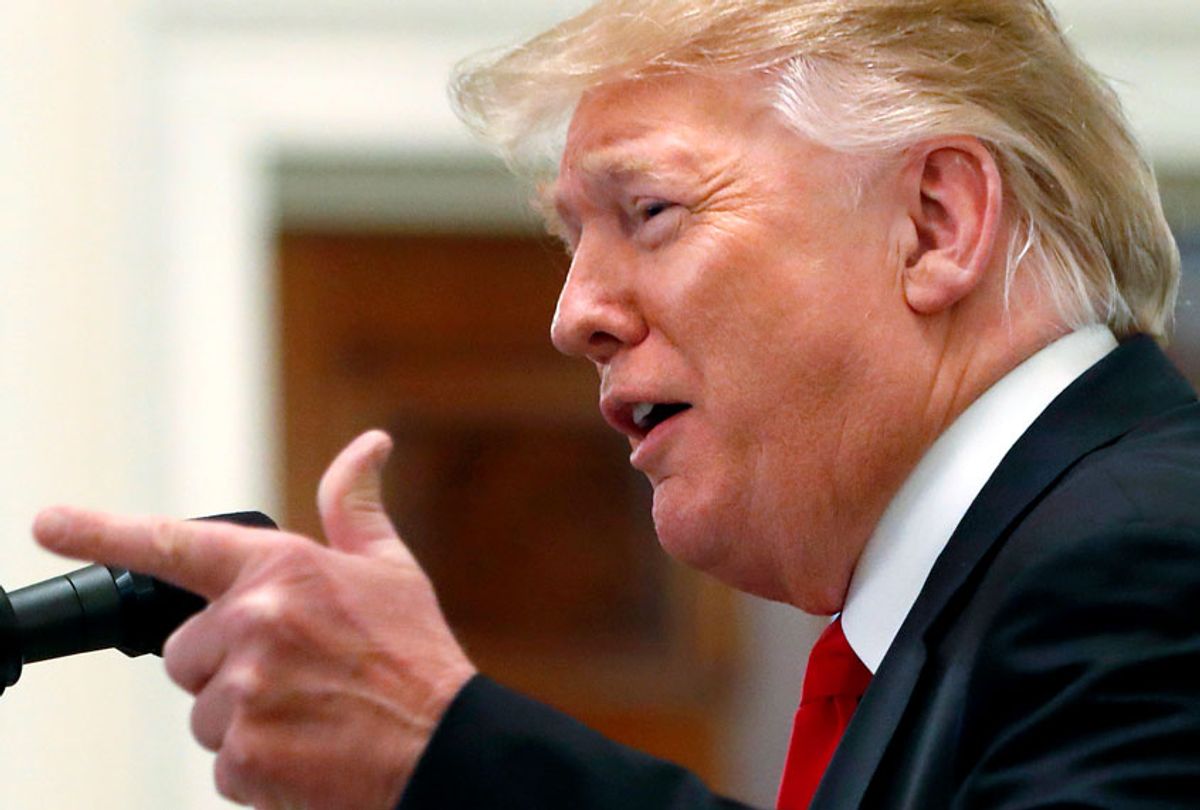 President Donald Trump has stonewalled House Democrats as they perform their constitutional duty and request official documents, spurning inquiries from at least 17 House committees in all.

Indeed, the White House has been either "unusually hostile" to requests for documents and on some occasions flat-out ignored them, according to Politico. This included a request by Rep. Jerry Nadler, D-N.Y., the House Judiciary Committee chair, for information about the president's declaration of a national emergency in order to fund a border wall, which was left unacknowledged by the White House. It also included a more recent request from Nadler for documents about Trump's businesses, his dealings with Russia and the firings of various administration officials, which was also ignored.

The White House has similarly refused to comply with requests from the Foreign Affairs, Intelligence and Oversight committees about Trump's communications with Russian President Vladimir Putin; with requests from the Intelligence and Judiciary committees about the aforementioned national emergency; and from the Oversight Committee about potential breaches in the Trump administration's security clearance system.

This appears to have become the norm when it comes to inquiries made by Congress to the White House, most of which have been flat-out ignored instead of receiving even a perfunctory response. On one occasion, White House counsel Pat Cipollone wrote an aggressive screed to a House committee challenging its authority to ask for information, arguing that the committee in question "has failed to point to any authority establishing a legitimate legislative purpose for [its] unprecedented and extraordinarily intrusive demands." Federal departments and agencies, on the other hand, have usually been civil and cooperative with information requests.

"The White House is taking the exact right tactic to ignore the requests and see what comes of it. I wouldn’t respect [the Democrats’] process," David Bossie, an adviser to Trump, told Politico regarding the Democratic committees' requests.

"I think we can actually look forward with considerable confidence to the opportunity to look into their own records and so forth, discovery ... and examination and cross-examination of witnesses, which might very well come to pass in a case like this," Sen. Sheldon Whitehouse, D-R.I., told Salon last month. "They can be very valuable things in terms of getting to the truth and blowing the rhetoric aside."