Rep. Brian Ellis resigned on Monday following accusations that he drugged and sexually assaulted a woman 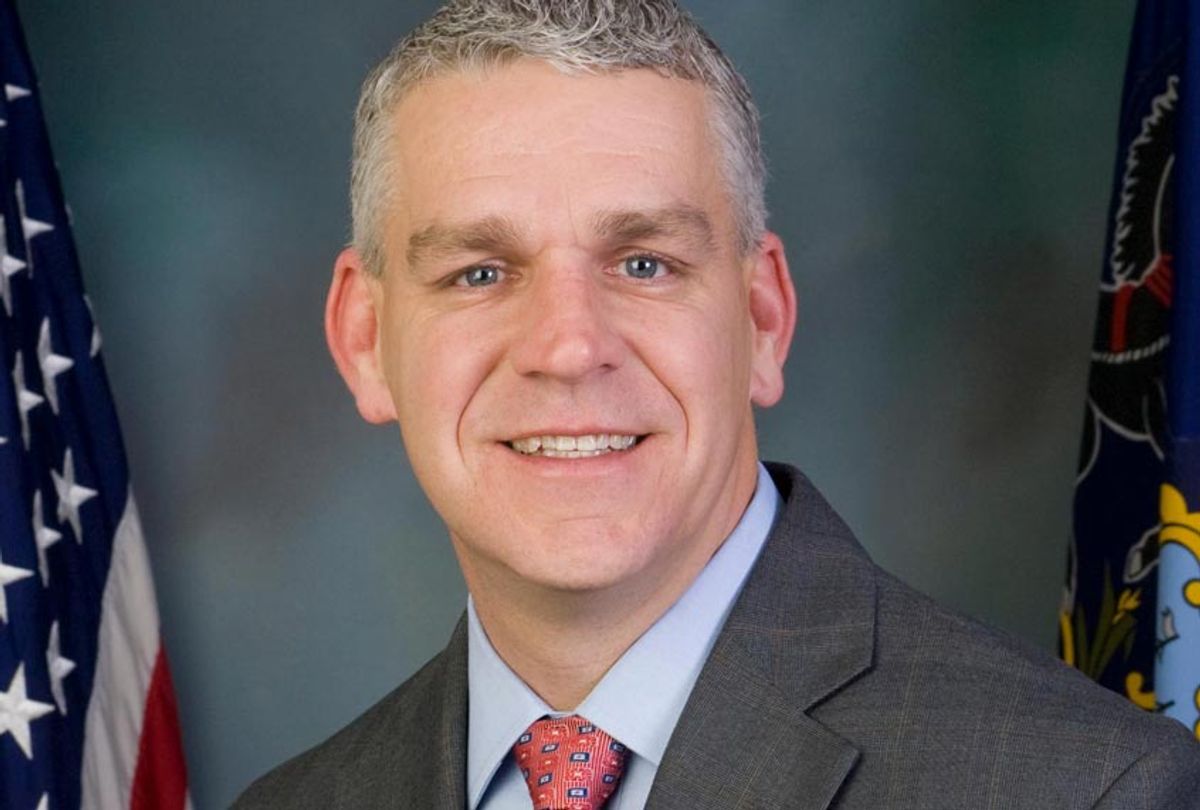 Brian Ellis, a Republican Pennsylvania representative who was accused of drugging and sexually assaulting a woman, resigned on Monday.

"It is with immense gratitude to the sacrifices made by my family, the support of my constituents, and the friendship of my colleagues that I have concluded that it is in the best interests of my family, the residents of the 11th House district, and my own health that I resign from the General Assembly," Ellis wrote in a letter to House Speaker Mike Turzai on Monday, according to a local affiliate of CBS News.

In the complaint made by the woman against Ellis, she claimed that he had been drinking at a Harrisburg bar when she suddenly blacked out. She wrote that she had no memory of finishing her drink and "woke up in pain, injured and naked, the next morning in the bed of Representative Brian Ellis."

She also claimed that "on the occasions I socialized with Ellis, he would initially engage me in conversation pertaining to legislation or drafting questions pertinent to my employment with the General Assembly and our mutual work on legislative matters. However, during these interactions, Ellis repeatedly injected sexual innuendo into the conversation and made it known to me that he was interested in me sexually, using explicit terms. Each time this occurred, I made it abundantly clear to Ellis that I was not interested in him in any capacity unrelated to my job and specifically rebuked his comments. On a number of occasions, I vehemently and explicitly told Ellis (and others) that I was not interested in him."

She added, pointedly, that "this fact — both his stated interest in me and that of my adamant rejection of him — became a joke among the people we were around at the time."

Ellis' accuser later described how, when she woke up in his bed the following morning, she had difficulty moving her legs but demanded to know what had happened. When Ellis told her that they had had sex and she insisted that she would not have consented to that, "he smugly replied, 'I always knew we would.'"

The woman claims that she may have briefly passed out again after that and awoke while Ellis was touching her. When she forcefully told him that she did not want sex, he allegedly replied, "If you aren't going to fuck me again, get out."

In the aftermath of the woman's allegation, Ellis' wife of 20 years filed for divorce and the Republican was stripped of position as chairman of the Consumer Affairs Committee.

"I think it sends a general message that men are not going to be able to get away with horrendous mistreatment of women that they may have in the past," Matthew Munsey, chair of the Northampton County Democratic Committee, told Salon. "There seemed to be a culture of protecting fellow colleagues in power within institutions like this, but now that's become a liability. The Republican Party has reached a point in cases like this where it has to cut ties and publicly call for resignation rather than try to protect its own, although I think it depends how much damage they are worried it will cause the rest of the party."