4 conservatives who are taking Rep. Devin Nunes to task for suing a fictional "cow" 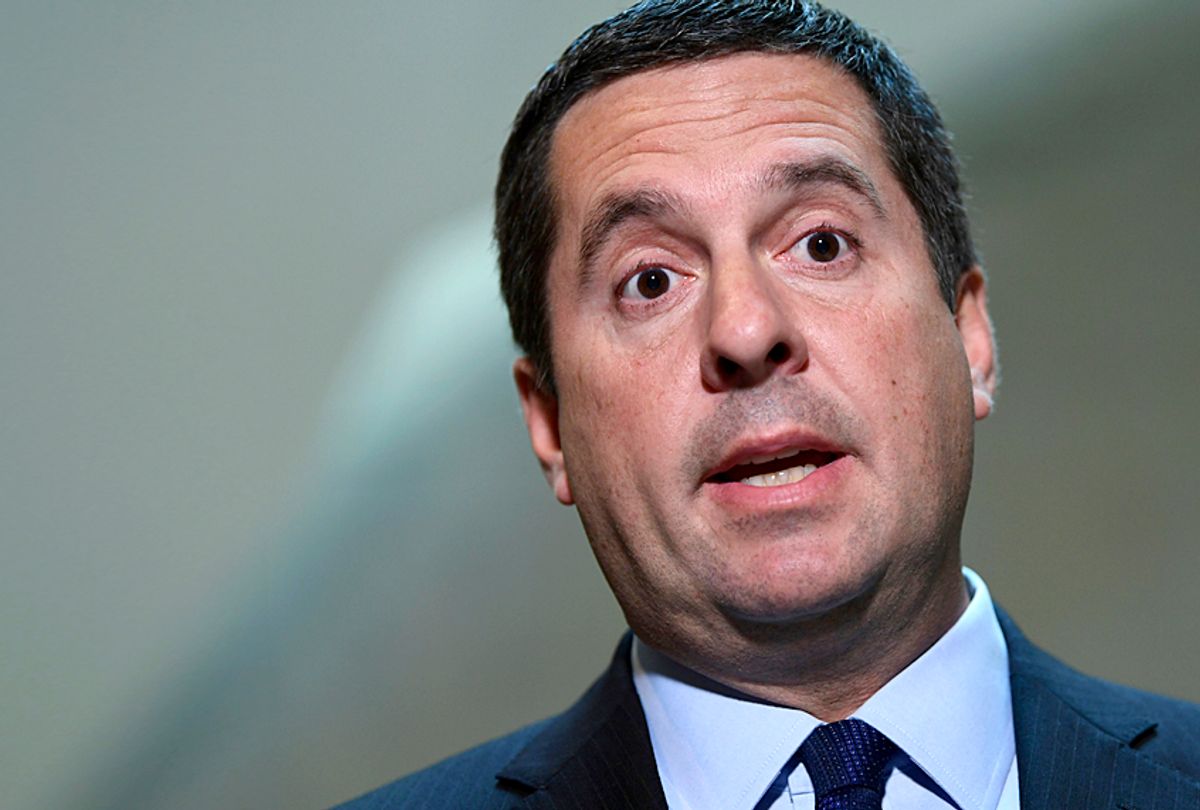 Rep. Devin Nunes of California has been the butt of jokes this week because of his frivolous $250 million lawsuit against Twitter. The GOP congressman filed the lawsuit in response to some parody Twitter accounts that have been mocking him, including “Devin Nunes’ Cow” (which is written from the perspective of a disgruntled cow owned by Nunes). As much as the alt-right loves to complain about hypersensitive liberals and progressives it considers “snowflakes,” there is no bigger “snowflake” this week than Nunes—and the media response to his lawsuit has been largely negative.

Not surprisingly, Nunes has been widely criticized by liberals and progressives. But some people on the right have been highly critical as well. Here are some conservatives and libertarians who are taking Nunes to task for filing a frivolous lawsuit against a fictional “cow.”

Nunes was simultaneously mocked from the left and the right when “Morning Joe” co-hosts Mika Brzezinski and Joe Scarborough attacked him on MSNBC this week. Liberal Brzezinski scoffed, “Aw, he’s so mad because people are making fun of him.” And Scarborough, a former GOP congressman and Never Trump conservative, declared, “That is such a frivolous lawsuit. It’s just unbelievable.”

Ana Navarro-Cárdenas, who is often featured as a Never Trump Republican on CNN and sometimes appears on ABC’s “The View,” has been ridiculing Nunes without mercy on the social media outlet he is suing: Twitter. Using cow imagery, Navarro-Cárdenas described Nunes’ lawsuit as “nuts” on March 20 and denounced the congressman as being “COW-ardly” for being traumatized by a fictional cow that isn’t “COW-towing to him.” Navarro-Cárdenas, in fact, has urged Twitter users to support the @DevCow account, and the following day, she announced with delight that “the cow won”: @DevCow had acquired “more followers” than Nunes’ real Twitter account @DevinNunes:

Attorney Alan Dershowitz, like libertarian Judge Andrew Napolitano, is often featured as a legal analyst on right-wing Fox News—and when he appeared on the Fox News program “America’s Newsroom” on March 20, Dershowitz asserted that Nunes has “no case at all” against Twitter and stressed that his lawsuit is “wrong from a political and ideological point of view.” Dershowitz argued that if Nunes has a problem with anything he reads on Twitter or elsewhere, he should start his own media outlets—not file pointless lawsuits.

Nunes has claimed that because he is being “shadow banned” on Twitter, his 1st Amendment rights are being violated. But Judge Andrew Napolitano, during a March 19 appearance on Fox News’ morning program “Fox and Friends,” noted that the 1stAmendment doesn’t dictate how prominently one should or shouldn’t be featured on a particular media outlet. Describing Nunes’ lawsuit as a “novel litigation,” Napolitano explained, “Usually, when public officials sue because of what somebody said or didn’t say about them, they lose…. The 1st Amendment does not regulate Twitter. It’s a private entity…. The 1st Amendment only restrains the government, all government. It doesn’t restrain private entities.