What does a cornered Trump do? 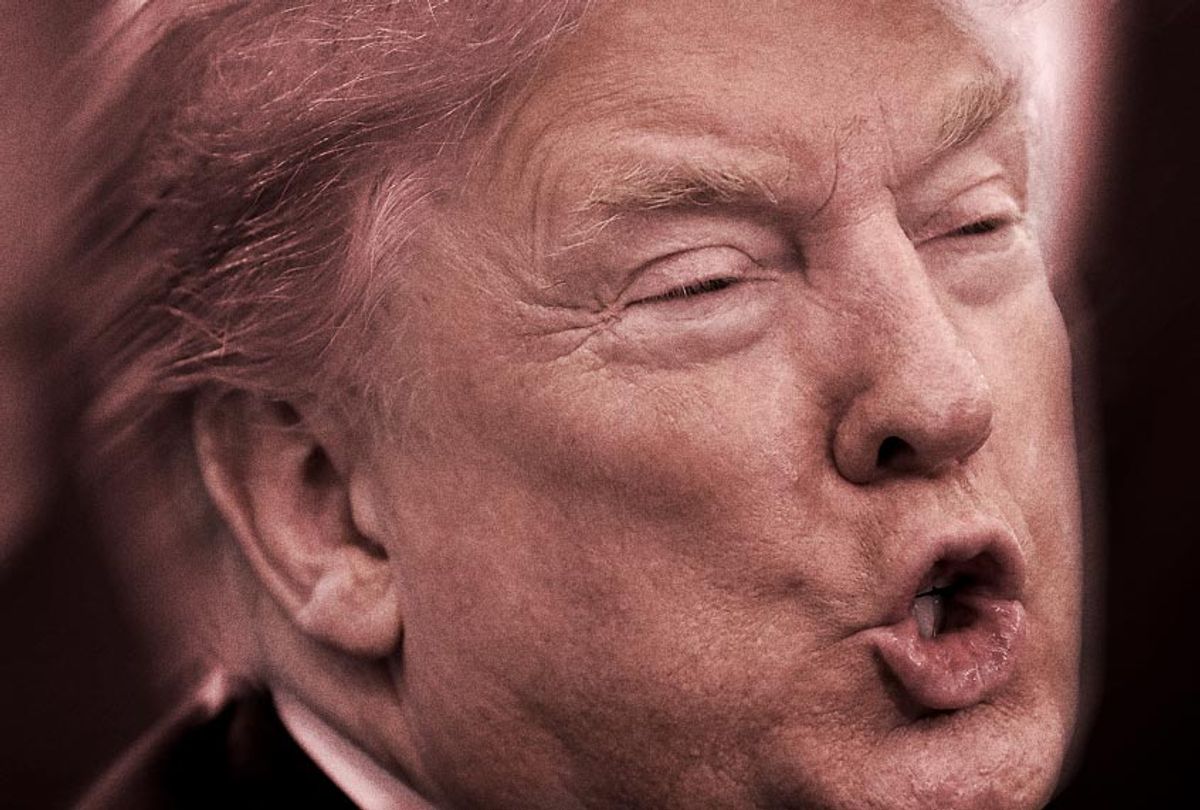 What does a megalomaniacal president of the United States do when he’s cornered? We’ll soon find out.

House Democrats are beginning a series of investigations and hearings into Donald Trump.

Senate Republicans have begun to desert him: Twelve defected on the wall; seven refused to back Saudi Arabia’s war in Yemen. Almost all have gone on record that they want Robert Mueller’s report made public.

That report, not incidentally, appears imminent.

So what does a cornered Trump do? For starters, he raises the specter of violence against his political opponents.

In case you missed it, “they” are Trump’s political opponents, including House Democrats and the mainstream media. And the “certain point” could be impeachment but is more likely to be reached if the House investigations reveal crimes Trump committed both before and after he became president.

“I actually think that the people on the right are tougher,” Trump warned in the same interview. “But the left plays it cuter and tougher. Like with all the nonsense that they do in Congress . . . with all this invest[igations] – that’s all they want to do is – you know, they do things that are nasty.”

Here we have it, in a nutshell. In Trump’s mind, congressional investigations that could cause him shame and humiliation, and quite possibly result in a prison sentence, will be countered by forces loyal to him: the police, the military, and vigilante groups like Bikers for Trump.

To put it another way, the work of a democratically elected Congress will be met by Trump loyalists who, he asserts, are “tougher” because they have brute force on their side.

It is impossible to know what bizarre scenario is playing out in Trump’s head. But another hint came on Friday, when, in the wake of the horrific shootings at two mosques in New Zealand, Trump told reporters he didn’t believe white nationalism is on the rise.

It is hardly the first time Trump has played down white nationalism, or signaled his support for those who might use violence on his behalf.

At a Las Vegas rally during the 2016 campaign he said he’d like to punch a protester in the face; at another event encouraged his supporters to “knock the crap” out of any protester making trouble.

“I promise you, I will pay for the legal fees,” he said.

But as Trump becomes ever more entrapped in the web of his own misdeeds, his threats are becoming more ominous.

At a rally for Missouri Senate candidate Josh Hawley in September, Trump said his opponents “were lucky that we’re peaceful”. He continued: “Law enforcement, military, construction workers, Bikers for Trump … They travel all over the country … They’ve been great.” But, he warned, “these are tough people … they’re peaceful people, and antifa and all, they’d better hope they stay that way.”

In February, the White House Correspondents’ Association called on Trump to make it “absolutely clear to his supporters that violence against reporters is unacceptable”. To date, he has not.

Meanwhile, Steve Bannon, another of Trump’s bottom feeders, predicted that “2019 is going to be the most vitriolic year in American politics since the civil war”.

Throughout his campaign and presidency, Trump has given cover to some of the most vile bigots in America. As he grows more desperate, he is giving them encouragement.

It is our job — and the job of all senators and representatives in Congress, regardless of party, and of military leaders — to condemn hatred and violence in all its forms, even when the president of the United States makes excuses for it.

And it is up to all of us to reaffirm our commitment to democracy, even when the president of the United States threatens to unleash the military and vigilantes against it.