If the anti-Obamacare lawsuit Texas v. Azar makes it to a conservative Supreme Court, the law could be struck down 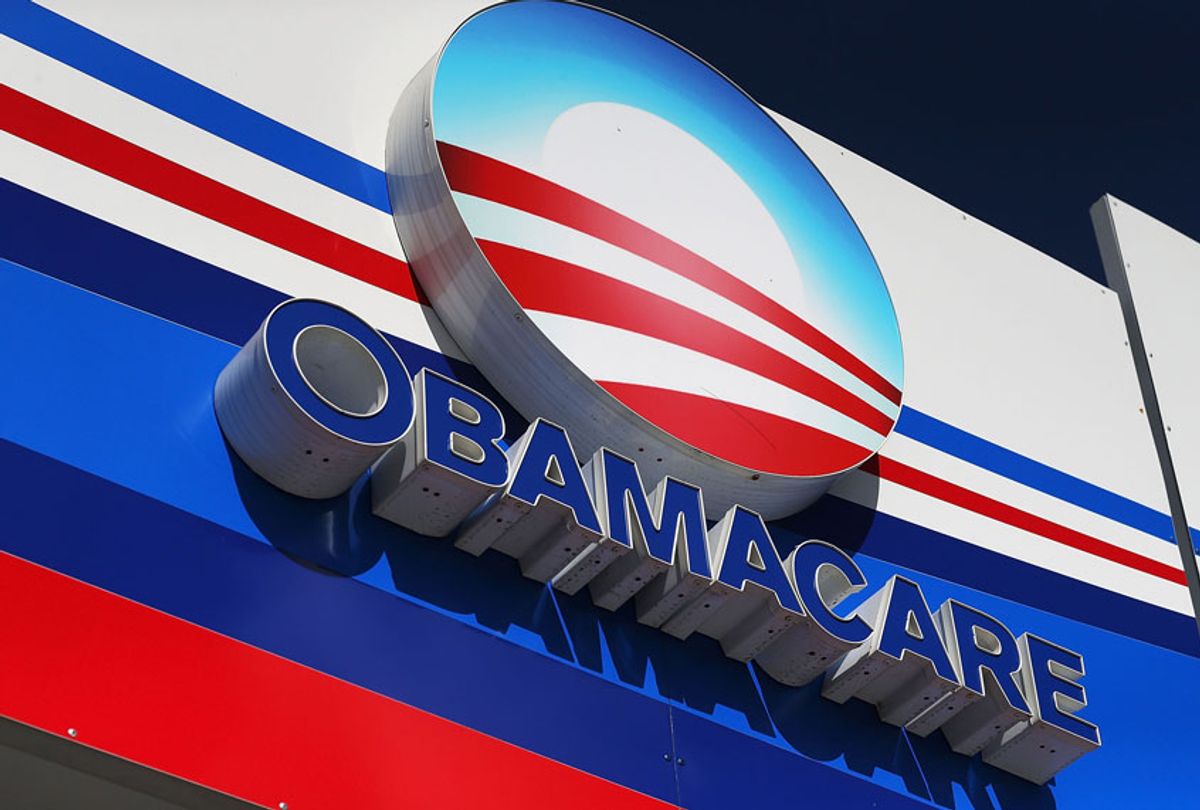 The Trump Administration told a federal court on Monday that it will be urging federal judges to strike down the Affordable Care Act of 2010, a.k.a. Obamacare. A lower court ruled in December that the law is unconstitutional, and Justice Department attorneys have asserted in a letter filed with the U.S. Court of Appeals for the Fifth Circuit in New Orleans that the December 2018 ruling “should be affirmed.” Two years into his presidency, Donald Trump has yet to abolish the ACA via Congress—and no anti-ACA bills are going to be passed in 2019 or 2020 by a Democrat-controlled House of Representatives. But Trump will continue to attack the ACA via the federal courts. And it is entirely possible that if the anti-ACA lawsuit Texas v. Azar makes it to the U.S. Supreme Court, Obamacare will be struck down by the High Court’s far-right majority—thus leaving millions of Americans without health insurance.

Here are some of the most harmful results of the Trump Administration gutting and undermining the ACA.

1. Undermining the ACA is bad for Medicare

In 2016, Trump asserted that unlike other GOP presidential candidates, he had no interest in gutting Medicare. But when Republicans attack the ACA, they also attack Medicare. Obamacare didn’t hurt Medicare, contrary to what Trump claims; it strengthened it. But in 2017, it was estimated that the GOP’s anti-ACA efforts would cause Medicare’s revenue to drop by $346 billion.

2. Gutting Obamacare is terrible for Americans with preexisting conditions

Most Americans over 40, even if their health is generally good, have some type of malady that insurance companies call a “preexisting condition”—which could be anything from asthma to acid reflux. Pre-ACA, insurance companies could deny coverage to Americans because for a long list of reasons. But the ACA brought health insurance to millions of Americans who were uninsurable before, and everyone from diabetics to cancer survivors to asthmatics will be imperiled if Trump’s assault on health care reform progresses.

3. Gutting Obamacare is terrible for small businesses, entrepreneurs and the self-employed

Millions of Americans operate small businesses or work in the gig economy, and the ACA—problems, shortcomings, weaknesses and all—has made it easier to obtain health insurance if one doesn’t have access to a company group health plan. Health care reform is not only a health issue; it is also a business issue—and when Republicans greatly reduced ACA spending, it was an assault on small businesses and entrepreneurs. In 2018, ACA-related spending was only $10 millioncompared to $63 million under the Obama Administration in 2016. Republicans have not been able to repeal the ACA via Congress, but the Trump Administration has attempted the death-by-1000-cuts approach.

“Medical bankruptcy” is a term one doesn’t hear in Switzerland, Italy, Norway, Australia, Portugal or Canada; that’s because all of those countries have universal healthcare. But in the U.S., medical expenses are still the #1 reason for bankruptcy—and it can result from either being uninsured or underinsured. One of the ways in which the Trump Administration has undermined the ACA is by promoting limited benefits health plans, which offer woefully inadequate coverage. And Americans can easily find out how bad a junk health plan is when they suffer a major medical emergency and find out they’re responsible for a six-figure bill.

Although the ACA’s protections aren’t nearly as comprehensive as those found in the health systems of other major developed countries, one of its strong points has been a greater emphasis on preventative care—which can save money on the back end. A colonoscopy, for example, can prevent cancer from developing. So when the French health care system encourages French citizens to receive colonoscopies and makes it easy for them to do so, it is saving money by preventing a lot of cancers from developing. President Barack Obama and House Speaker Nancy Pelosi recognized the importance of preventative care when the ACA was passed nine years ago.

But by undermining the ACA, Trump is also undermining preventative care. So instead of a patient receiving that colonoscopy and undergoing a simply removal of potentially dangerous polyps, the patient might be battling full-blown cancer down the road.