“The total of 300-plus pages suggests that Mr. Mueller went well beyond the kind of bare-bones summary required" 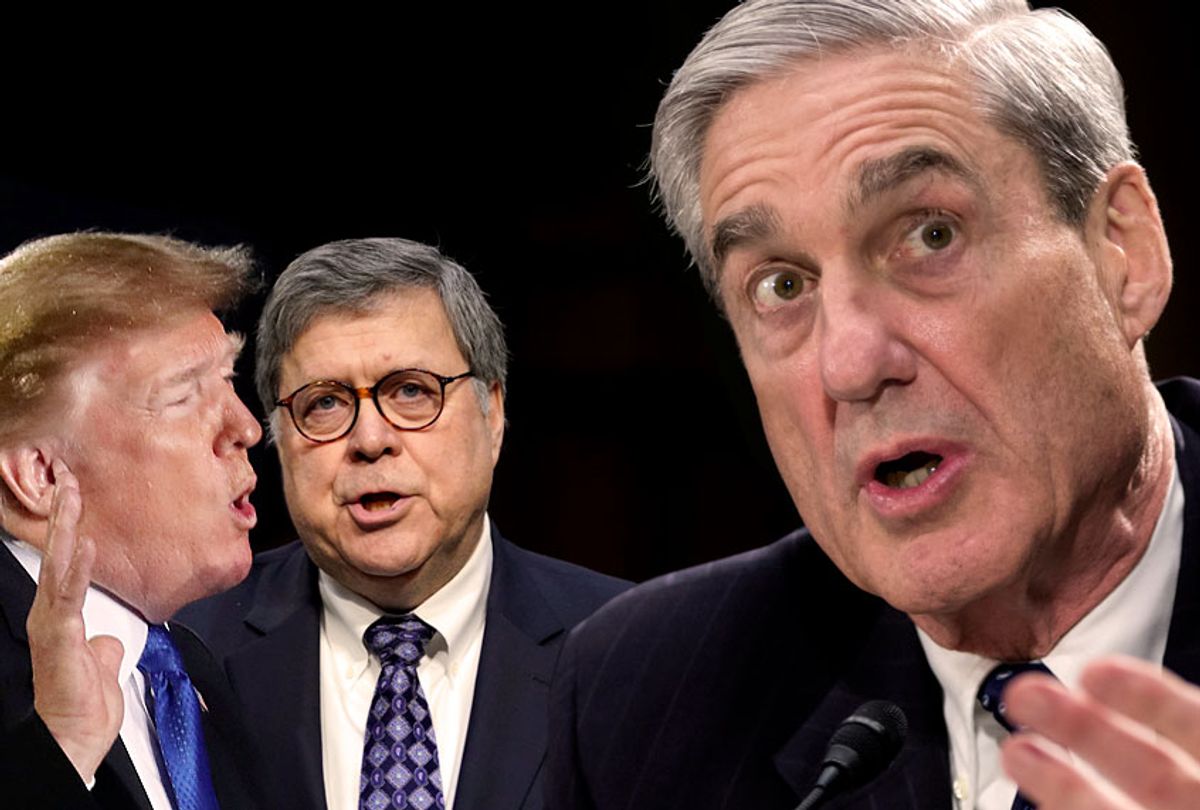 Sources familiar with the report tell The New York Times that the full Mueller report totals more than 300 pages, which suggests it contains a wealth of information about Russia’s actions to influence the election, as well as contacts between Trump campaign officials and Russian agents.

“The total of 300-plus pages suggests that Mr. Mueller went well beyond the kind of bare-bones summary required by the Justice Department regulation governing his appointment and detailed his conclusions at length,” the Times reports. “And it raises questions about what Mr. Barr might have left out of the four dense pages he sent Congress.”

Barr told Congress this week that Mueller’s report did not establish that the Trump campaign had conspired with Russia to undermine the election, but he also said that it did not exonerate Trump from having committed obstruction of justice. Barr, however, declared that he would not prosecute the president for obstruction based on the evidence he saw in the Mueller report.

Democrats have demanded the report be released in full so that they can determine whether Barr overstepped his bounds in clearing the president of obstruction.