New 2020 poll: Good news for Buttigieg and Harris, slippage for Biden and Sanders 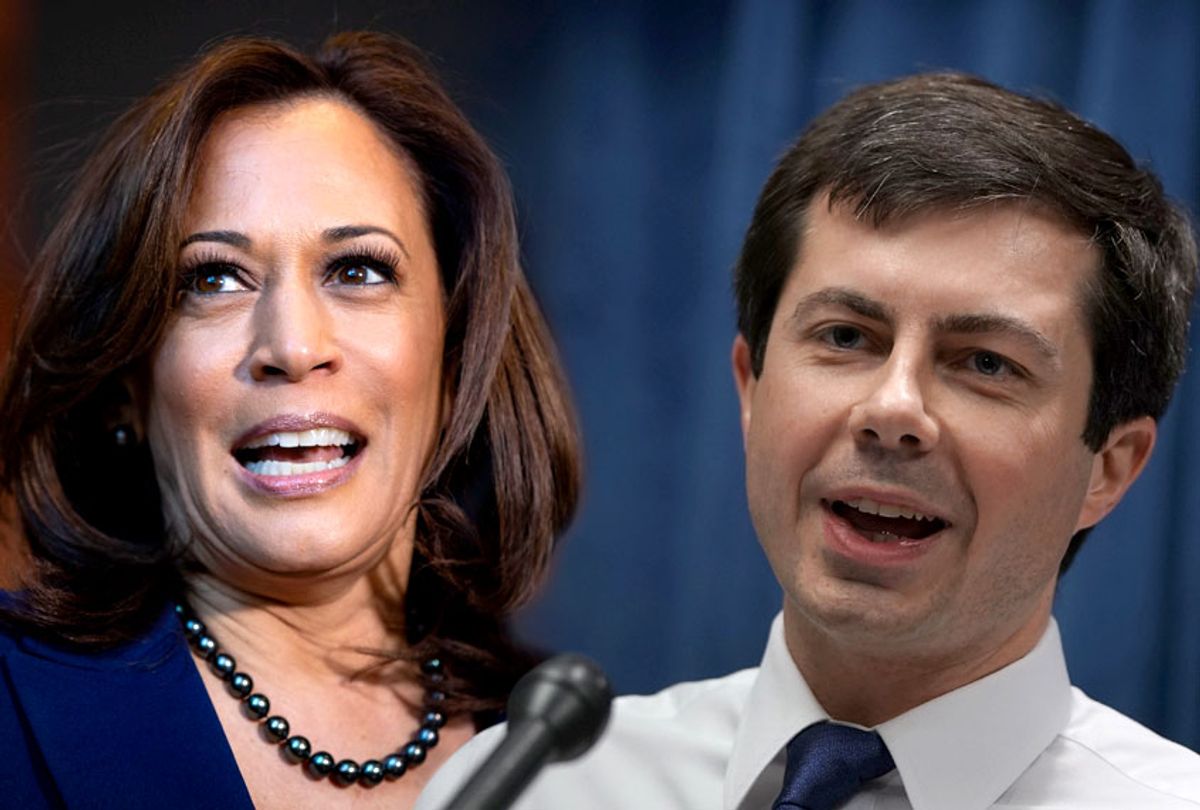 This article has been corrected to make clear that the overall Morning Consult report showed very little variation from the previous week, and no significant drop in Joe Biden's support.

Overall, Morning Consult's weekly tracking poll on the 2020 Democratic primary showed very little movement. Biden's support fell from 35 to 33 percent, a statistically insignificant change. (The poll was conducted March 25-29, and does not reflect any impact from the recent controversy over whether Biden inappropriately touched a female candidate in 2014.) Sen. Bernie Sanders' support remained at 25 percent, the same as the previous week. Biden and Sanders have consistently been the clear frontrunners in the 2020 race. The two have jointly garnered support from more than half of the Democrats polled since at least the start of 2019.

Buttigieg, who had little or no name recognition before a spate of media appearances last month, first hit 2 percent in the Morning Consult poll last week and now is at 3 percent, bypassing such higher-profile candidates as Sen. Kirsten Gillibrand, Sen. Amy Klobuchar, Gov. Steve Bullock of Montana and former Gov. John Hickenlooper of Colorado. Although not a statistically significant result, this news follows the report that Buttigieg's campaign raised $7 million in the first quarter alone, a strong number for a previously unknown candidate.

In the subset of the Morning Consult poll focused on Democratic voters who describe themselves as "extremely interested in politics," the report is even more promising for Buttigieg, as well as for Harris. Buttigieg now stands at 7 percent support among that group, in an effective tie for fourth place with O'Rourke and Sen. Elizabeth Warren of Massachusetts. Harris, meanwhile, finds herself alone in third place among these highly likely voters, at 11 percent, while Biden and Sanders have seen their support decline slightly, to 29 and 21 percent, respectively

Among voters in the early primary (or caucus) states of Iowa, New Hampshire, Nevada and South Carolina, however, Biden and Sanders remain well ahead of the other contenders, standing at 37 and 28 percent, respectively. Warren is a distant third in those states, at 8 percent, with Harris, O'Rourke and Sen. Cory Booker of New Jersey packed behind her.

It is unclear how the statement by former Nevada legislator Lucy Flores regarding inappropriate physical contact by Biden may affect the race. Next week's Morning Consult report, and other polls, will be watched closely for signs of any effect.

In the current survey, Biden's support remains both broad and deep. By overwhelming margins, he is the second choice of those who support most of the other leading candidates, including Sanders, Harris and O'Rourke. Biden also had the highest favorability rating of all candidates, at 78 percent, and the lowest unfavorable ratings of any major contender. He and Sanders, unsurprisingly, have much higher name recognition numbers than any other announced or prospective candidates.