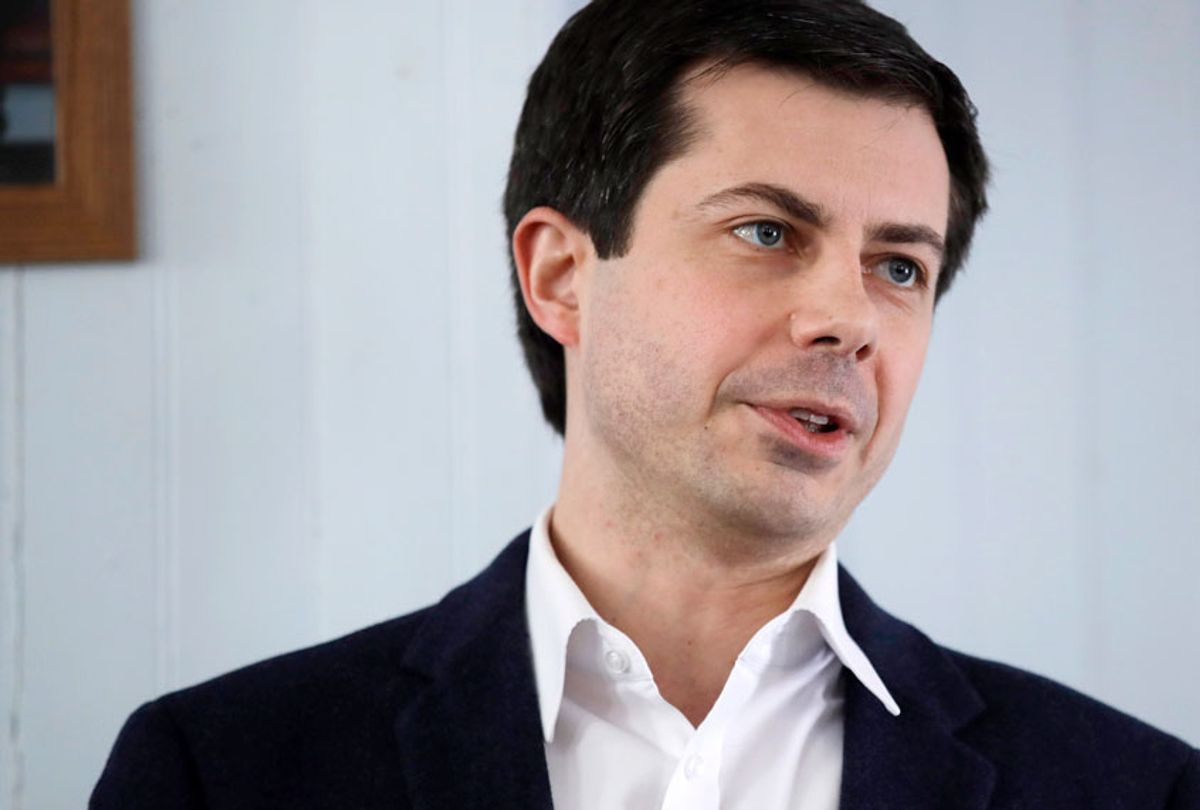 Pete Buttigieg, the 37-year-old Democratic mayor of South Bend, Indiana, announced Monday that his presidential campaign raised more than $7 million in the first quarter of 2019 — an impressive sum for a long-shot candidate who was relatively unknown only a few months ago.

Buttigieg, who has formed an exploratory committee but has not yet officially thrown his hat into the presidential ring, is the first 2020 hopeful to disclose an estimate of his fundraising total for the quarter. His fundraising haul places him, financially, in the top half of what is expected to be a very crowded Democratic primary field that already includes high-profile candidates with experience in higher office.

"This is just a preliminary analysis, but our team's initial report shows we raised over $7 million dollars in Q1 of this year," the Democratic mayor tweeted Monday.

"We (you) are out-performing expectations at every turn," he added. "I'll have a more complete analysis later, but until then: a big thank you to all our supporters."

In an email to supporters, Buttigieg acknowledged his financing pales in comparison to some of presidential hopefuls with higher profiles. Former Texas Rep. Beto O'Rourke announced he raised $6.1 million in the first 24 hours after announcing his presidential campaign in mid-March, while Sen. Bernie Sanders of Vermont raised $5.9 million in the same 24-hour period after he formally entered the race in February.

"This is a big number for us," he wrote in the email. "We are not part of the national political machine. We started with just about 20,000 people on our email list, and not many people even knew who I was. But as more and more people around the country begin to hear our bold vision for the future, more and more people are investing in this effort."

Buttigieg announced last month that his campaign had met the 65,000 individual donor threshold put in place by the Democratic National Committee, guaranteeing him a spot in the party's first debate for the 2020 presidential nomination.

The South Bend mayor's national profile and support have increased dramatically since announcing an exploratory committee in January. He is surging in the polls and last week jumped into third place in a poll of the 2020 Iowa caucuses, with support from 11 percent of likely Democratic Iowa caucus-goers. Buttigieg trailed only former Vice President Joe Biden and Sanders. Biden, who has not yet entered the race, received 25 percent of the vote, while 24 percent of likely caucus-goers said they would pick Sanders. The only other candidate to receive double-digit support was Sen. Kamala Harris of California, who was the favorite of 10 percent of respondents. The latest survey suggests Buttigieg's popularity has surged in recent months. He previously polled at 0 percent in the same poll conducted in January.

Buttigieg, who is vying to become the first openly-gay presidential nominee of a major political party, was first elected mayor of his hometown in 2011 at age 29, making him the youngest mayor of a midsize U.S. city. He graduated from Harvard University, where he hung out with Facebook CEO Mark Zuckerberg; "summer-interned for Ted Kennedy, worked for John Kerry's presidential campaign, won a Rhodes Scholarship, learned Arabic in Tunisia ... and volunteered for active duty in Afghanistan while serving as mayor, came out as gay in the local newspaper, married a schoolteacher live on YouTube, turned heads in a dark-horse bid to lead the Democratic National Committee, and had the New York Times's Frank Bruni gushing about him as potentially the 'First Gay President'— all by age 36," the Washington Post's Bob Moser wrote of Buttigieg in a profile of the mayor titled, "Could Pete Buttigieg Become the First Millennial President?"

When competing to head up the Democratic National Committee, Buttigieg told Salon that party leaders needed to remain aware that politics should be about principles rather than about individual people — a lesson he said Democrats needed to learn with respect to former President Barack Obama, but also in their efforts to obtain the email addresses of the nearly 3 million people who donated to Bernie Sanders' 2016 presidential campaign.

Buttigieg announced in December that he would not seek a third term as mayor of the Indiana city, generating buzz and speculation that he would join what is expected to be a very crowded Democratic field. But, as the Washington Post's Annie Linskey noted in December, "Buttigieg would come to a presidential race familiar with a part of the country that Democrats lost badly in 2016 but regained somewhat in the midterm elections. States in the area, including Michigan, Minnesota and Wisconsin, will be key targets for both parties in 2020."