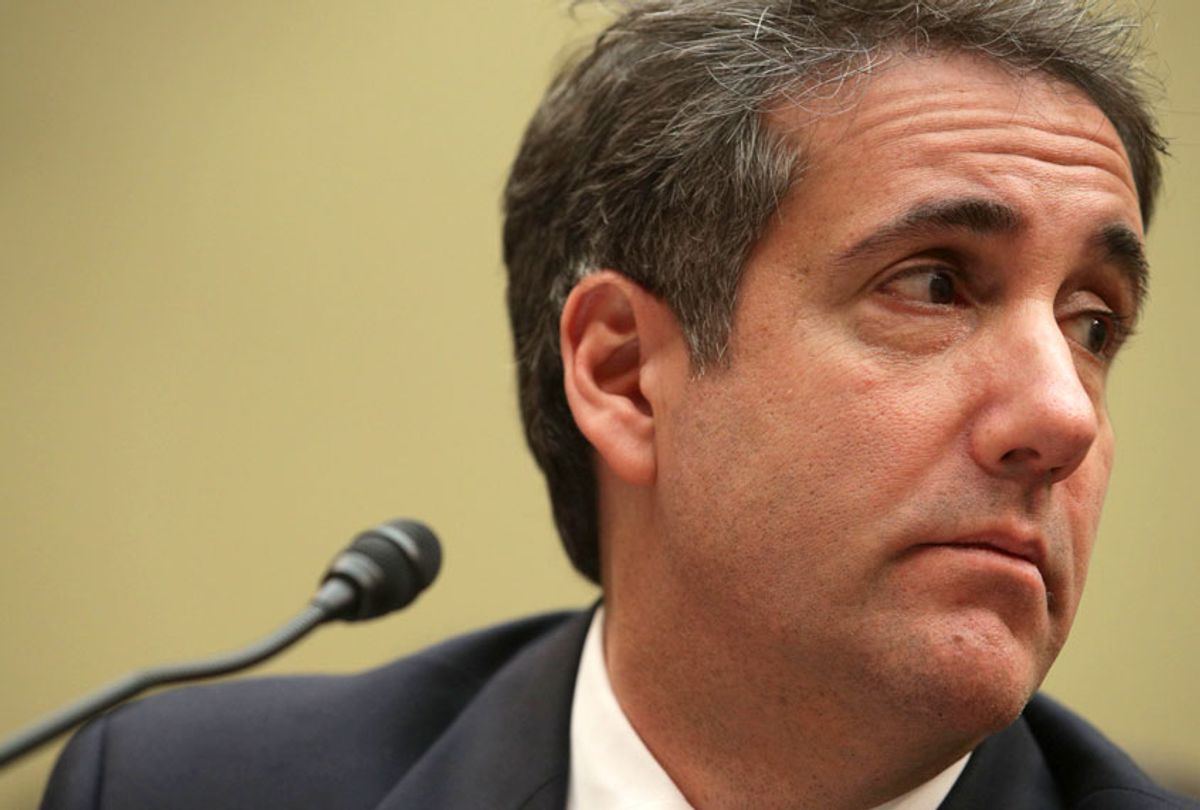 "Mr. Cohen is fully cooperating with the Southern District of New York and is offering more information that he has now discovered when he has retrieved back his cell phones and other documents from the southern district," Cohen's lawyer Lanny Davis told MSNBC on Tuesday.

Earlier during the interview, he remarked that he was disappointed with Attorney General Bill Barr's characterization of special counsel Robert Mueller's report into alleged collusion with Russia and obstruction of justice.

"I'm a bit surprised that he allowed Mr. Barr to misstate his report without his getting his own characterizations out first," Davis explained. "That's what I would have advised him. The misstatement of Mr. Barr, which is most disappointing for a lawyer with a good reputation, is no, there was no exoneration. Indeed the exact sentence quoted by Mr. Barr was that there was no exoneration on obstruction, and we don't know what the level of proof necessary to at least accuse a President of the United States of the crime of colluding with a foreign government. And that is a high standard..."

He later added, "I believe Michael Cohen has a story to tell about what he told Mr. Mueller that leads to strong inferences of knowledge about the Trump Tower meeting which was, by definition, collusion."

When Cohen testified before Congress in February, he alluded to the fact that Trump had allegedly lied about his wealth, which could have been a serious crime. It is unclear whether that or anything else he said during his testimony had put the president in legal jeopardy, or what information he is now providing to the Southern District of New York. Unlike Mueller, the prosecutors in the southern district are not directly accountable to the federal executive branch and thus cannot be fired by the president.

Davis also described to MSNBC some of the damning evidence that he claimed Cohen had laid before Congress during his testimony.

"One: It's very rare that somebody volunteers to testify before Congress, laying out documentary evidence of crimes by the President of the United States," Davis explained. "The writing of the $35,000 check, signed by Donald Trump, is evidence of a crime of conspiracy to violate, the very crime that the federal prosecutors said was directed by President Trump. Second, the book that was just published about that testimony lays out the documentation behind Mr. Cohen's testimony of crimes by the President of the United States before and after his presidency. And finally his son, along with Mr. Weisselberg... the chief financial officer... signed a check in March of 2017, Mr. Trump signed it eight months into his presidency, for $35,000, a payment for hush money under a criminal conspiracy. Donald Jr. is not president. Neither is Mr. Weisselberg. Why have they not been indicted?"

Allen Weisselberg is the chief financial officer of the Trump Organization.