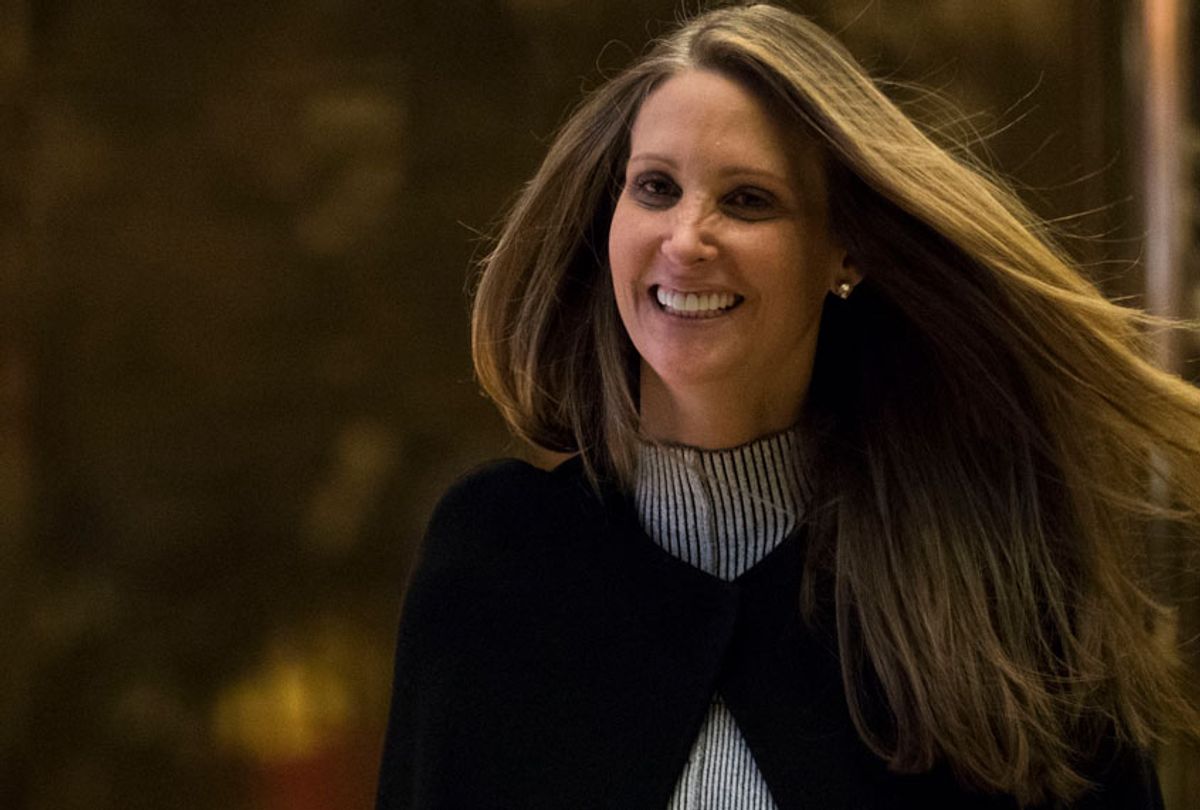 California Rep. Adam Schiff’s committee has requested documents and an interview with Stephanie Winston Wolkoff, a close friend of Melania and a top contractor to Trump’s inaugural, the New York Times reported.

Winston Wolkoff, who was described by Town & Country as a "New York social fixture, event planner, and former Vogue staffer” was briefly hired as an informal adviser to the first lady before she was ousted when the Times reported that a company she formed six weeks earlier was paid more $25.8 million by the inaugural committee and she personally earned $1.6 million. Winston Wolkoff and a partner were paid to oversee the broadcast rights of the event and worked on a documentary about the inauguration. They also planned several events around the inauguration.

It’s unclear what the committee requested. Schiff previously said that the committee would probe any “financial or other leverage” that “foreign actors” may have over Trump and his administration.

Winston Wolkoff is at the center of a federal investigation into the inaugural committee after prosecutors found a recording of her talking with former longtime Trump lawyer Michael Cohen on one of Cohen’s seized cellphones, according to the Times.

In February, prosecutors issued subpoenas to the committee for documents relating to donors, finances and expenditures. The U.S. attorney's office for the Southern District of New York is investigating, among other things, whether foreign officials from countries like Saudi Arabia, the United Arab Emirates and Qatar illegally funneled donations to the committee and a pro-Trump super PAC through straw donors to disguise their contributions in an effort to buy influence over the new administration’s foreign policy.

Winston Wolkoff has cooperated with the SDNY probe since last fall, earlier than inaugural officials knew about the investigation, the Times reported.

The Southern District is also investigating donations to the committee as well as inaugural committee chief Tom Barrack’s ties to the Middle East.

The Barrack-led committee raised $107 million and spent $100 million, about twice as much as former Presidents Obama and George W. Bush raised or spent on any of their inaugurations.

Steve Kerrigan, the chief of staff for Obama’s first inaugural committee, told the Times the $1.6 million “supervisory fee” that Wolkoff received was “roughly one-fourth of what we paid our entire 450-person staff” in 2009.

The massive contributions to the committee also earned more than a dozen major donors ambassador positions, including the key position of ambassador to the United Arab Emirates.

While other presidents always picked career diplomatic officials for the “sensitive” post to the UAE, Trump instead chose John Rakolta, a “wealthy real estate developer with no diplomatic experience,” NBC News reported.

At least 14 donors who gave an average of $350,000 to the inaugural committee were selected to be ambassadors. Trump’s nominee to be ambassador to Iceland has never visited the country and his pick to be ambassador to the Bahamas did not know that the islands were not part of the United States, NBC reported. Six of the 14 nominations have been held up in the Republican-led Senate over questions about their qualifications.

Though it’s not unusual for presidents to tap big donors for cushy diplomatic jobs, about two-thirds of confirmed ambassadors have been career foreign service officials. Under Trump, 50 percent are political appointees and 52 of about 250 ambassador posts remain unfilled.

“The White House,” he said, “either through negligence or incompetence, sends us un-vetted, unqualified nominees, incapable and often times offensive.”