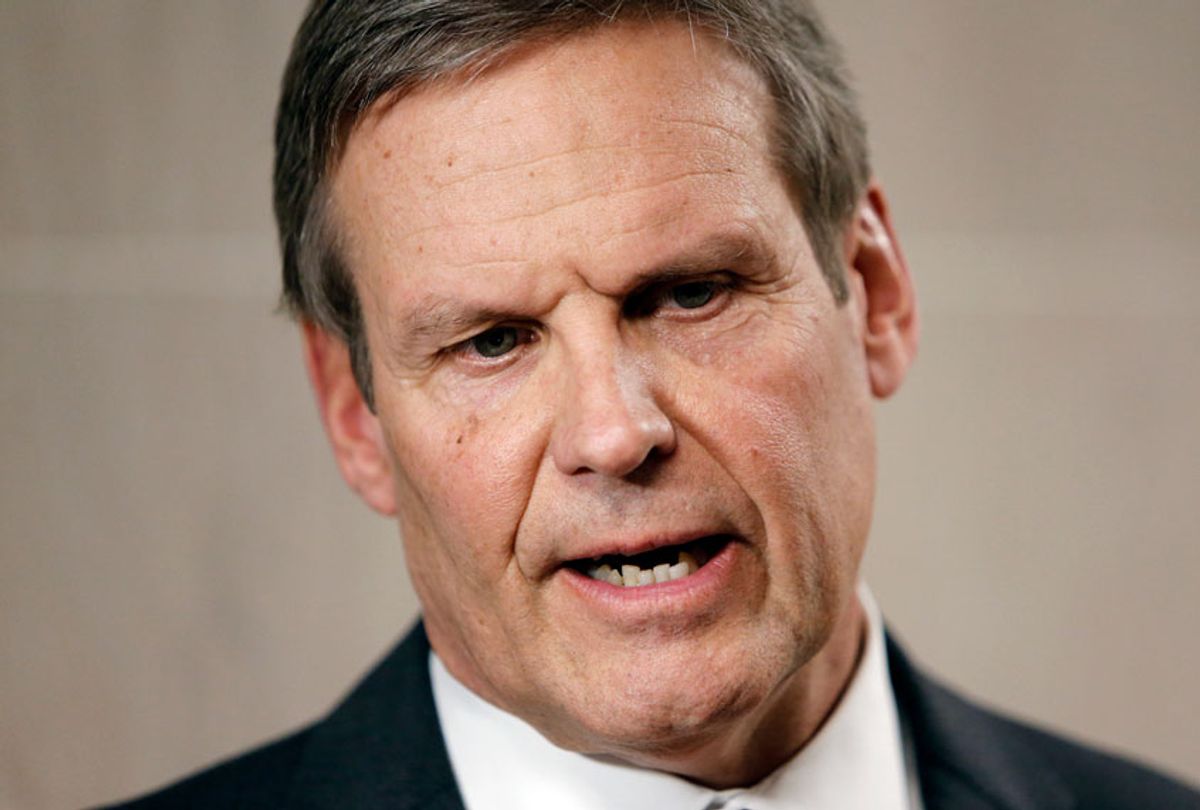 The Tennessee House of Representatives approved a Republican bill that would allow adoption agencies to discriminate against gay couples Monday.

HB 836, which allows adoption and foster care agencies to refuse service to same-sex couples based on religious objections, passed 67-22 in a party line vote. The bill must still pass the Senate and then be signed by Gov. Bill Lee to be approved into law.

The bill, sponsored by Republican state Rep. Tim Rudd, says that no adoption agency would be required to place a child with a family if it would "violate the agency's written religious or moral convictions or policies."

The bill would also bar the state's Department of Children’s Services from denying an agency’s license application because it refused to place a child with a certain family due to religious objections, and would protect said agencies from lawsuits.

The legislation would apply to foster care agencies, group homes and other services, as well as adoption agencies.

Chris Sanders, the executive director of Tennessee Equality Project, told The Tennessean that the bill “clearly opens the door to taxpayer-funded discrimination in foster care and adoption."

"If this bill becomes law, same-sex couples, people of various religious beliefs, and people with no religious beliefs now face the prospect of being turned away from adoption agencies that they helped fund because they are labeled morally or religiously objectionable, which leaves children and youth with longer wait times for permanent homes," Sanders said.

Similar bills have been passed in other states, including Oklahoma and Kansas.

The bill was the work of the Congressional Prayer Caucus Foundation, The Tennessean reported, a group that has vowed to push for legislation on religious issues and said in their handbook that it wants lawmakers to “bring God back to America.”

"What we're doing is saying if you have a religious faith, we as a body are going to intervene before the courts do and we're going to stand with you and say we will stand with you in tolerance and allow you to be you," Republican state Rep. Jeremy Faison told The Tennessean.

But Democrats questioned why Republicans would do anything to keep children from being placed with caring families.

"We have children across this state looking for loving homes," said Democratic Rep. John Ray Clemmons. "Why are we wanting to do anything to prohibit a loving couple or a family of any denomination, any religion, any moral conviction from being able to care for a child and take it in and provide for it?”

Republicans in the state have also pushed bills that would recognize marriage as only between a man and a woman and expand indecent exposure laws to apply to transgender people using a restroom or locker room.

The religious push has caused companies to put their plans to expand to the state in jeopardy.

"You have this inclusive, welcoming city of Nashville trying to do all it can to attract and retain workers," Joe Woolley, CEO of the Nashville LGBT Chamber, told The Tennessean. "The state really pushes back on that."

Wooley said some of those companies have inquired whether they should reconsider moving after all.

"Should we be concerned? Is it just politics or is it something to be worried about passing?" Woolley said. "They always cite North Carolina."

"You are looking at trying to bring people to relocate from San Francisco or New York," he added. "The tech industry is trying to recruit and grow here. You have universities trying to attract. You have this very discriminatory adoption language that is stopping people from moving with their families to a state that would impose these."