Sen. Michael Bennet and Rep. Tim Ryan are both running for president as centrists 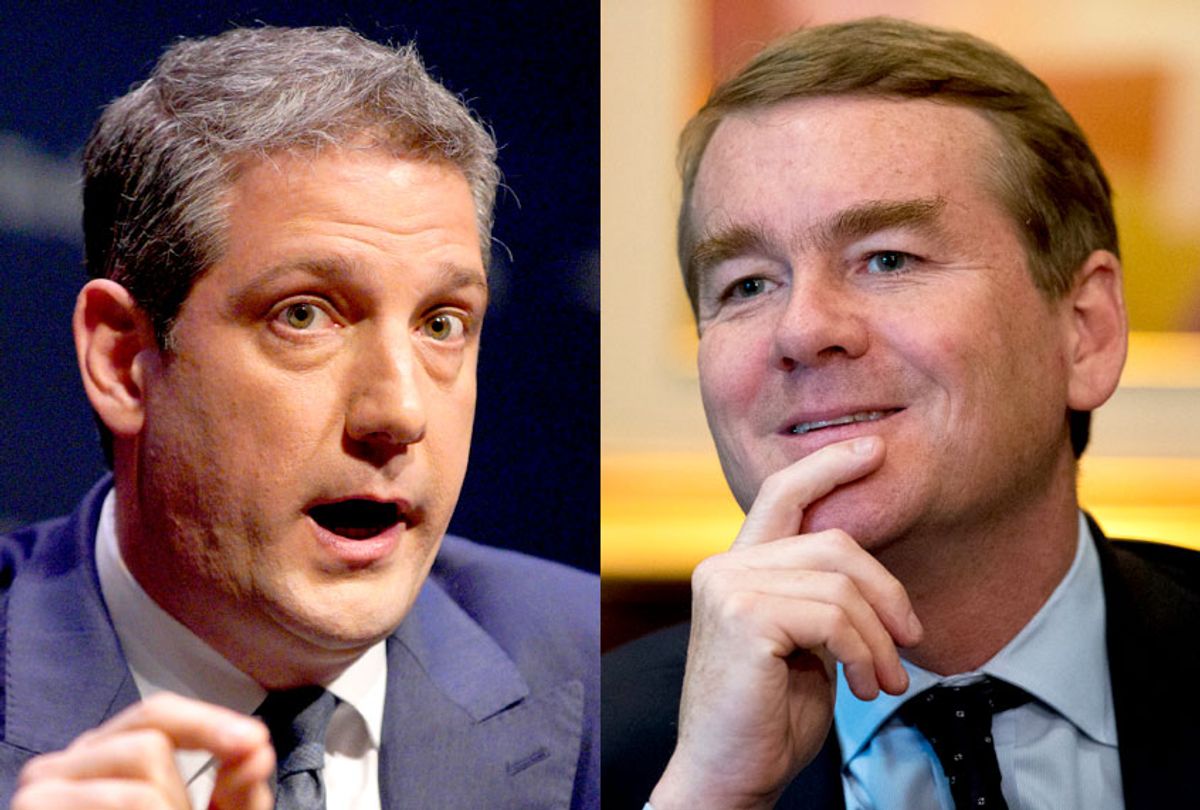 A pair of Democratic centrists are seeking their party's presidential nomination in 2020 — Sen. Michael Bennet of Colorado and Rep. Tim Ryan of Ohio.

While Bennet's decision did not come as a surprise, he recently announced that he was diagnosed with malignant prostate cancer, a development that has not dissuaded him from seeking the presidency so that he can get things done in Washington.

"The idea was to announce sometime in April," Bennet told The Colorado Independent on Wednesday. "That was the plan. We hired some staff. We interviewed people for positions in New Hampshire and Iowa. And then I went for the physical. In my last physical, my PSA was high. They did a biopsy, and it was clear. But this time, it was not clear."

After adding that the previous physical had been 2-3 weeks ago, Bennet explained that "the question became: Is this still something I wanted to do? I could answer the question in two ways. Maybe this would be a good time to give it up and go do something else. And the other was whether I could continue to run. I found myself hoping that I could run. That’s what the doctors have said. That’s what John Kerry and others learned."

His conclusion was that "it seemed to make sense to have the prostate removed… I’d be recuperating for 7-10 days and would need some rest after that. The hope is then I’ll be cancer-free and able to move on. If I’m not cancer free, then I’d have to make another decision."

Just as Bennet focuses on making Washington work again through a moderate message, Ryan is also running as "an independent, no-nonsense congressman from Ohio fighting to rebuild our economy by investing in American workers."

As his website explains, Ryan "understands that the American Dream is falling too far out of reach. That’s why he’s focused on restoring stability to our fractured communities by rebuilding our economy to work for all Americans. He is committed to building an economy that inspires investment, entrepreneurship and growth."

Sen. Sherrod Brown, a fellow Ohio Democrat, responded to the news about Ryan's announcement by saying "more power that he wants to do it." He added, though, he believes the winner will be whoever manages to successfully promote a "dignity of work" message.

"It’s way more than a message. It is how we should govern once the Democrats win the presidential race and take the Senate," Brown explained.