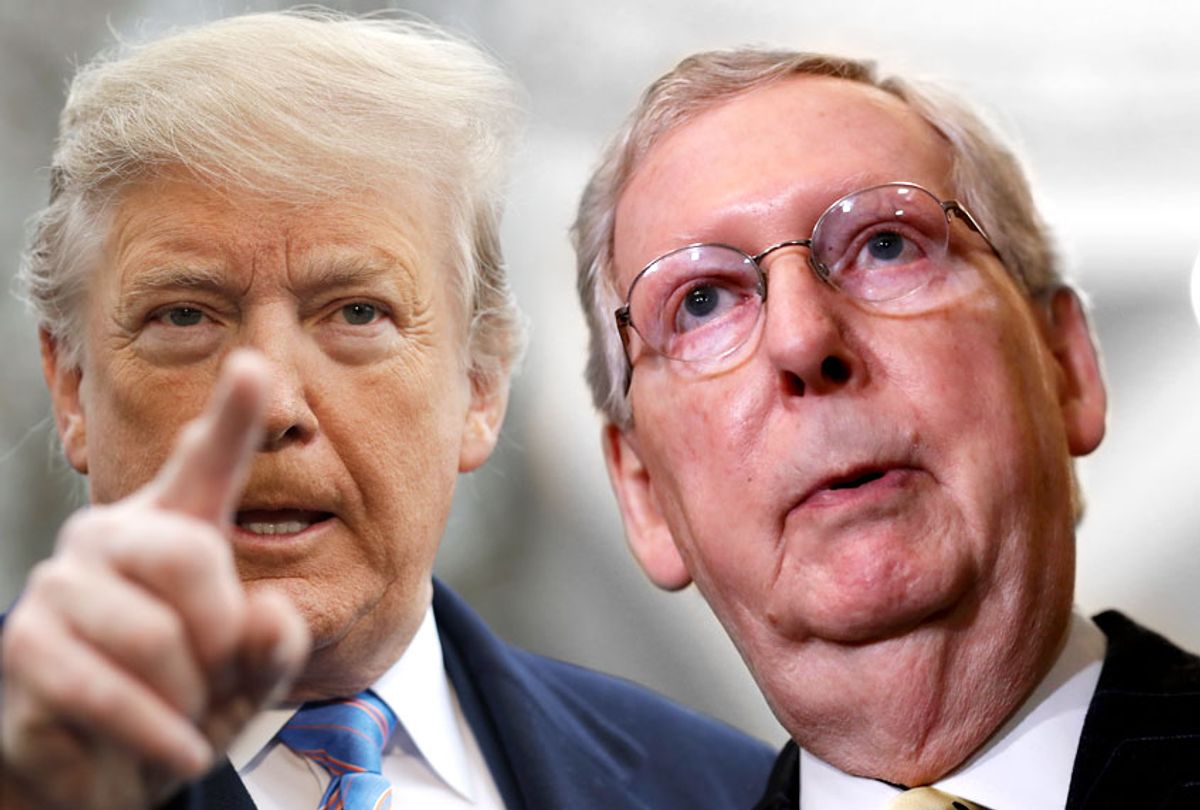 President Trump asked Senate Majority Leader Mitch McConnell to prioritize the confirmation of his IRS chief counsel nominee -- even ahead of Attorney General Bill Barr -- as Democrats prepared to go after the president’s tax returns.

Trump asked McConnell on Feb. 5 to fast-track the confirmation of California tax lawyer Michael Desmond, the New York Times reported, raising questions about whether Trump was motivated to get ahead of Democratic threats to obtain his tax returns from the IRS. Earlier this week, House Ways and Means Chairman Richard Neal, D-Mass., formally asked the IRS to turn over six years of Trump’s tax returns under a tax code provision that allows the panel to request the tax information of any filer.

Desmond previously advised the Trump Organization on tax issues before the president was elected, Bloomberg reported last year. A spokesperson for Desmond told the outlet that he assisted with “a discrete reporting matter for a subsidiary company that was resolved with no tax impact.”

Desmond also worked with William Nelson and Sheri Dillon at his private practice, Nelson and Dillon now serve as tax counsels for the Trump Organization.

It appears that McConnell did not act on Trump’s request, moving to confirm Barr first before Desmond was confirmed two weeks later, on Feb. 27. The request suggests that Trump may have been more concerned about getting ahead of the tax return requests than about the Mueller report, which Barr is overseeing. A source told the Times that Trump told the majority leader that Desmond was frustrated with the delay of his confirmation and was considering withdrawing from consideration.

It’s unclear whether or how Trump believes that Desmond can protect his tax returns from being released. Under a 1924 law, the Ways and Means committee has the power to request “any return or return information specified” from the IRS and does not provide the Treasury Department a way to fight the request.

The request to McConnell, however, shows that Trump has a key interest in fast-tracking nominees that he believes could help him personally even as he has left roughly one of every five top administration jobs unfilled.

Barr’s nomination came after he submitted an unsolicited memo to the Justice Department arguing against the basic premise special counsel Robert Mueller’s investigation into whether Trump obstructed justice in the Russia probe.

Trump’s recently-confirmed IRS Commissioner Charles Rettig, who himself owns a stake in two $1.1 million rental units at Waikiki Trump International Hotel and Tower in Hawaii, according to the Wall Street Journal, wrote an op-ed in Forbes arguing that Trump should not release his tax returns.

Trump has said that Democrats will have to go through his “lawyers” to obtain his tax returns and has repeatedly claimed that he would not release the returns himself because he is “under audit.” But the White House has no clear recourse under the law to block the release and Neal has rejected the claim that being under a supposed audit would preclude the returns from being released.

Former longtime Trump lawyer Michael Cohen dismissed the idea that Trump is under some sort of never-ending audit in his testimony to Congress last month and suggested it was all a ruse to keep him from facing potential penalties and bad press.

“What he didn’t want is to have an entire group of think tanks that are tax experts run through his tax return and start ripping it to pieces, and then he’ll end up in an audit, and he’ll ultimately have taxable consequences, penalties and so on,” Cohen said. “I presume that he is not under audit.”