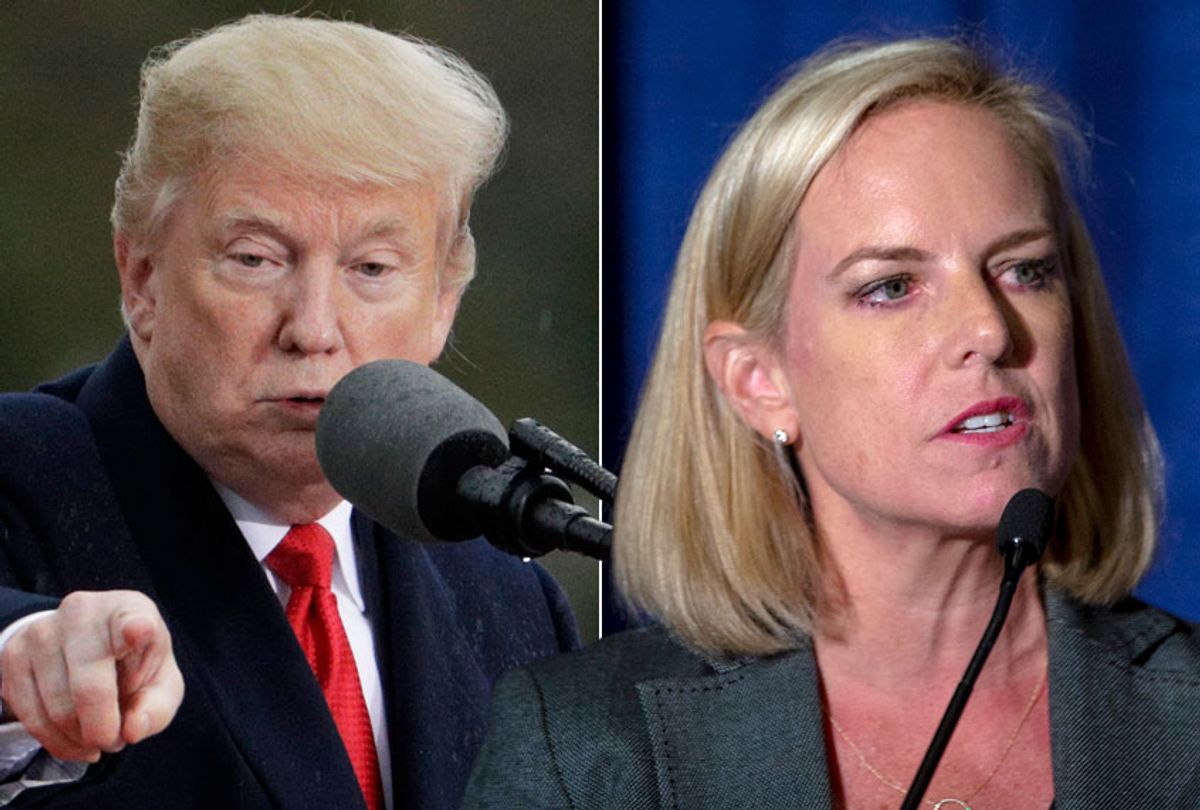 President Donald Trump has announced the departure of Homeland Security Secretary Kirstjen Nielsen, who had become the public face of his administration's hardline immigration policies.

"Secretary of Homeland Security Kirstjen Nielsen will be leaving her position," Trump tweeted Sunday, "and I would like to thank her for her service."

The president said Kevin McAleenan, who currently serves as the commissioner of U.S. Customs and Border Protection, would serve as acting secretary of the department of Homeland Security in Nielsen's absence. "I have confidence that Kevin will do a great job," the president added.

"Senior administration officials told CNN that Nielsen had a 5 p.m. meeting at the White House with Trump, where she was planning to discuss with him the immigration and border issues and a path forward," the cable news outlet reported. "She had no intention of resigning, according to one of the sources, but rather was going there with an agenda."

Nielsen was accused last month of misleading Congress by the chairman of the House Committee of Homeland Security after she claimed under oath that migrant children were not being detained in "cages."

On Sunday, Thompson said Nielsen's time in office "was a disaster from the start."

"It is clearer now than ever that the Trump administration's border security and immigration policies — that she enacted and helped craft — have been an abysmal failure and have helped create the humanitarian crisis at the border," he added, according to NBC News.