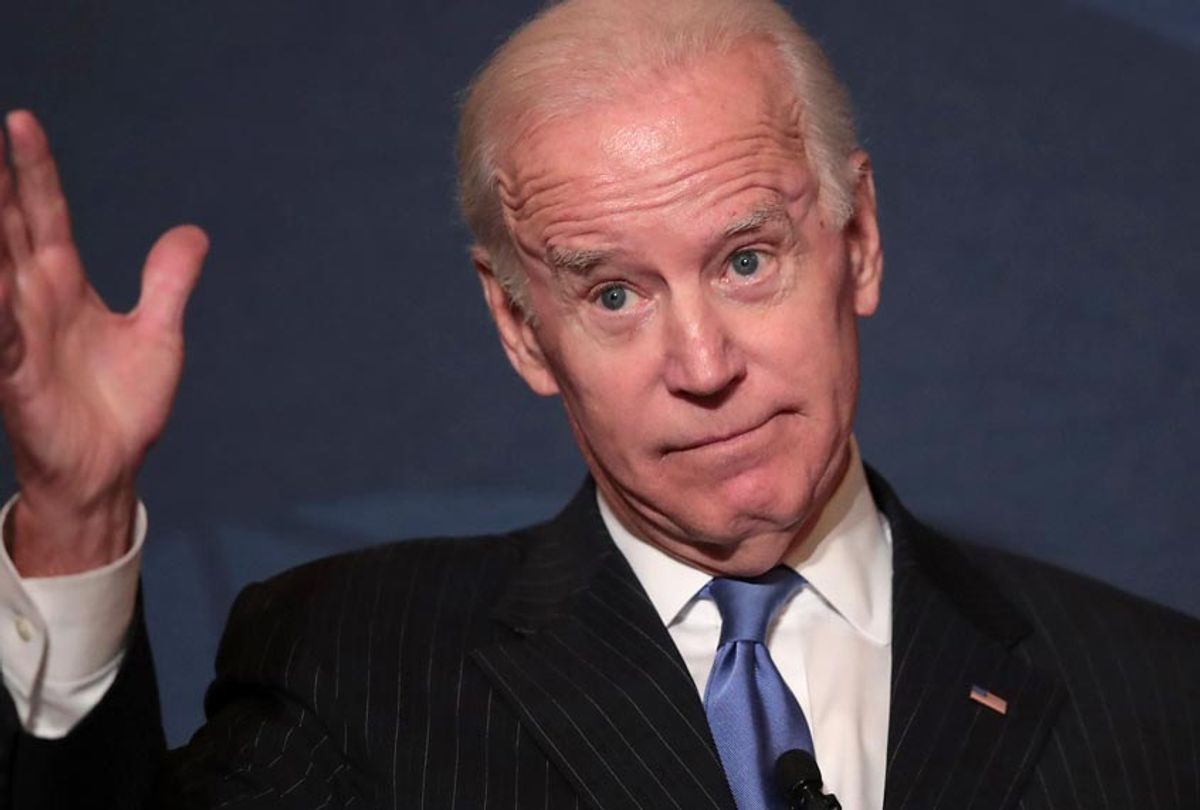 "Saturday Night Live" skewered former Vice President Joe Biden and his habit of being handsy around women in a recent sketch in which Jason Sudeikis returned in an impersonation that he made famous during President Barack Obama's administration.

"I'm a hugger, I'm a kisser and I'm a little bit of a sniffer," Sudeikis' Biden explains to a trio of consultants played by Kate McKinnon, Kenan Thompson and Cecily Strong, all of whom hope to get him to abandon his touchy-feely ways in order to be electable in 2020. They suggest that he interact with female voters who could conceivably support him in order to learn how to better handle himself. The seeming wisdom of their plan is reinforced when Sudeikis' Biden introduces himself to McKinnon's Gwen by leaning his forehead against hers and grabbing her arms.

When he is called out on that being inappropriate, Sudekis' Biden responds that "I think nose-to-nose is gonna be okay" because he is 1 percent "Eskimo." Later in the sketch he is told that he can't give up his habit of being handsy because "that's like telling Mario Batali to take his crocs off," prompting one of the consultants to point out that "I wouldn't bring him into this."

On another occasion Sudeikis' Biden asks if a hand shake was all right. When he is told that it is, he follows up by asking, "What about if during that handshake I tickle her palm a little bit?"

"That's not great. I would say no tickling at all," McKinnon replies.

The sketch concludes with Sudeikis' Biden meeting two female voters, played by Aidy Bryant and Leslie Jones. After being told that his attempt to hold Bryant's face is inappropriate, Sudeikis puts her in a headlock, prompting her to punch him in the stomach. Jones, on the other hand, identifies Biden as Obama's "granddaddy" and becomes touchy-feely with him — hugging and affectionately grabbing his posterior.

Perhaps the highlight of the sketch was when Biden was told that voters want him to defeat Trump, prompting him to ask if Trump is "the guy who actually bragged about assault on tape?" Cecily Strong replies by saying "yes, yes but unlike his voters, your voters actually care."

This point was reinforced in a different "Saturday Night Live" sketch, the "Weekend Update" segment with Colin Jost and Michael Che. In a joke referencing Biden's videotaped response to the accusations against him, Jost quipped that "a pro-Trump group released a new ad saying that Biden’s behavior with women is unacceptable and should instantly disqualify him from running. The group’s name is Independent Republicans of New York, or IRONY."