Bernie Sanders says Fox News is pro-Trump propaganda, but he still wants to talk to its viewers 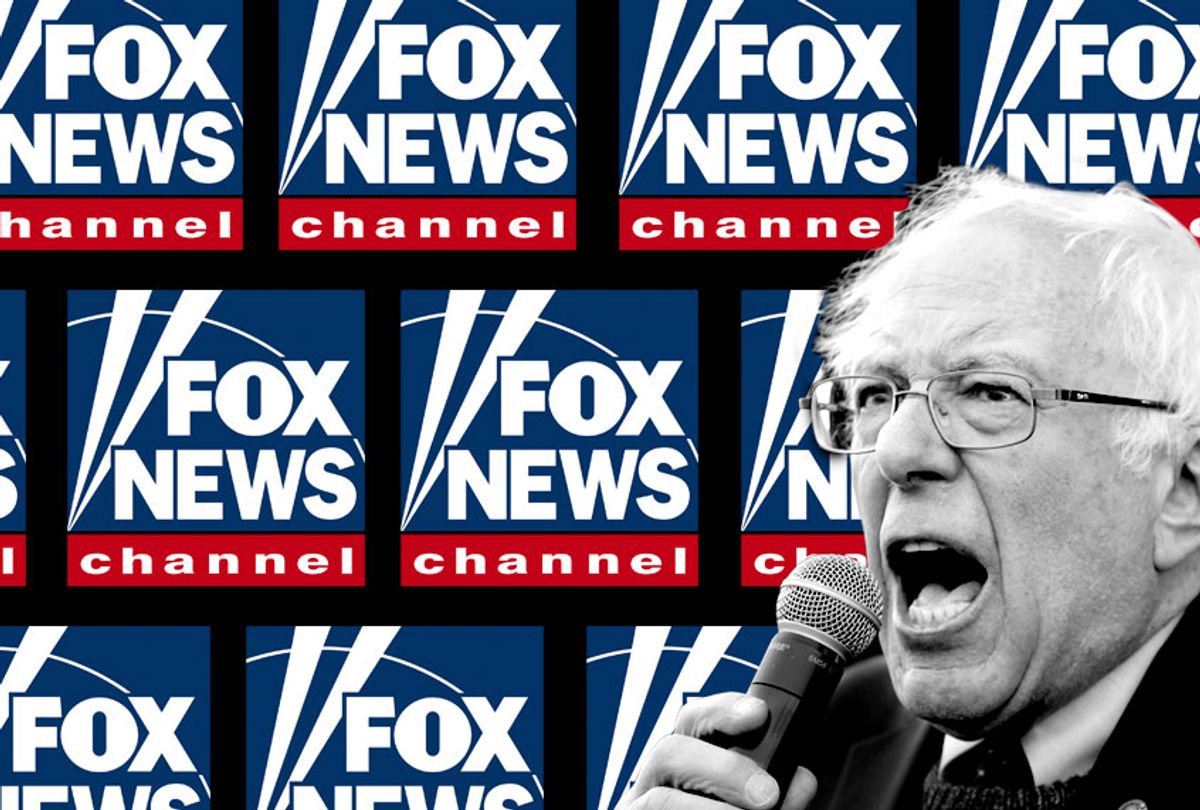 Sen. Bernie Sanders, I-Vt., says he will hold a town hall on Fox News, because he believes it is important to reach that network's audience, even though he did not contest a reporter's characterization of the network as a pro-Trump propaganda machine.

When asked by a reporter from HuffPost whether he thought Fox News was an instrument of propaganda for the president's administration, the Vermont senator replied, "In most respects, I think it is."

Sanders went on to explain why he still wants to reach out to the Americans who watch Fox News in order to share his campaign's message.

"When I go on Fox, what I will say is, 'Look, many of you voted for Donald Trump, but he lied to you,'" Sanders told HuffPost. "He told you he was going to provide health care for everybody, yet his policies are to throw 30 million people off of the health insurance they have."

"But it’s not just Fox. If you check where I go, and where I will go into this campaign, I’m not just going to go into blue districts. You’ve got to go into areas where people are," he continued. "Working people need to know the truth, and that is that Donald Trump betrayed them, lied to them."

Earlier this month, Sanders expressed a similar thought to Trevor Noah of "The Daily Show," although his remarks about Fox News were not as pointed as they were with HuffPost.

"In the last campaign, I did a town meeting with a fellow named Bret Baier, who did it very fairly," Sanders told Noah. "He did it straightforwardly. Believe me, we went over the ground rules beforehand, and they kept their word."

When speaking with Salon last year, Baier criticized Trump's rebukes of the media by pointing out that "we are 100 percent against the term, 'Enemy of the people.'" Paraphrasing his colleague Chris Wallace, he added, "We have a responsibility to not go over our skis – to not let emotion or any kind of feelings about that factor in to how we cover him and his administration."

The Democratic National Committee incurred controversy last month when it declined to allow Fox News to host any of the Democratic Party's 2020 presidential primary debates. When explaining his decision, DNC Chairman Tom Perez said he wanted to make sure "that I have 100 percent assurance that everybody is treated fairly" with every debate that takes place.

"And I have respect for a number of folks on the news side over at Fox News. I was just on Chris Wallace a couple of weeks ago. If invited, I'll go back again. He's very respected, and I have nothing but respect for him," Perez added. "At the same time, though, Chris Wallace isn't my concern. You see that at the highest levels of Fox News, they have infiltrated the news side."