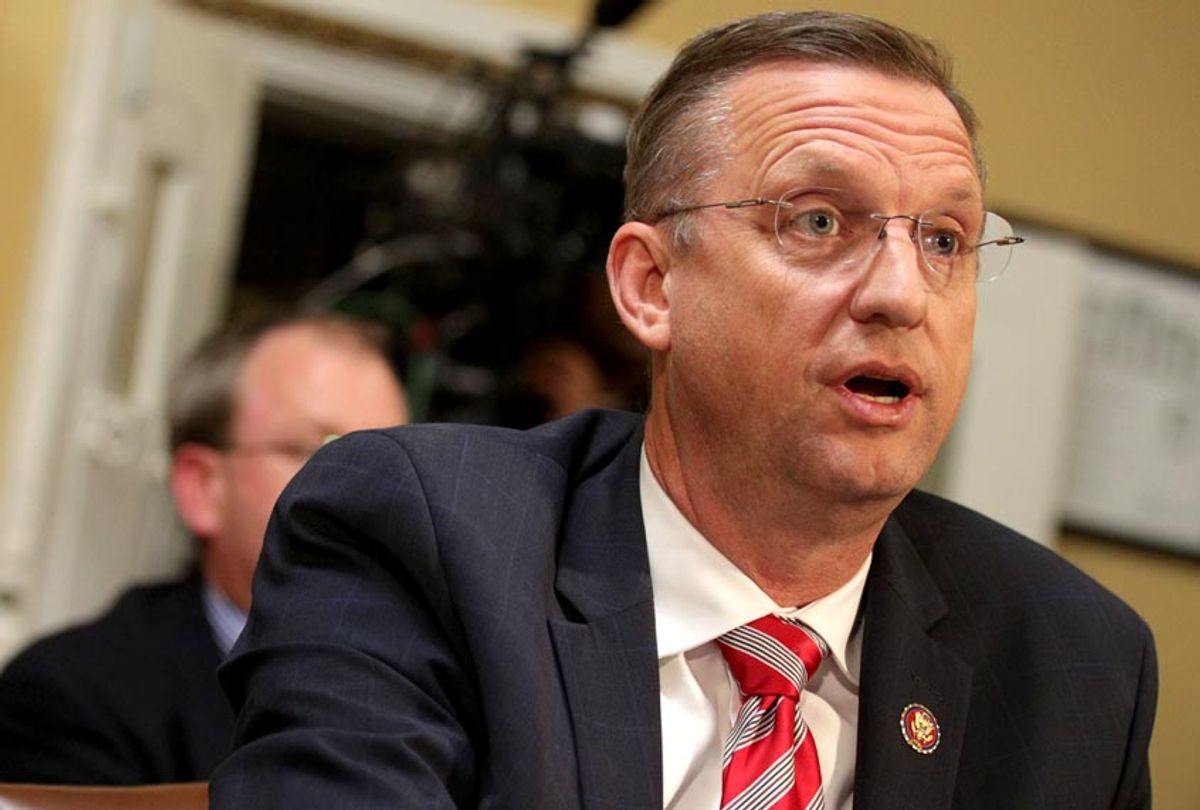 Rep. Doug Collins, the top Republican on the House Judiciary Committee, urged Democrats on Monday to invite special counsel Robert Mueller to Capitol Hill to testify about his still-secret report on whether President Donald Trump's 2016 campaign colluded with Russia to influence the outcome of the election — and whether the president himself obstructed the investigation.

"If you seek both transparency and for the American public to learn the full contours of the special counsel's investigation, public testimony from special counsel Mueller himself is undoubtedly the best way to accomplish this goal," Collins wrote in a letter to the panel's chairman, Rep. Jerrold Nadler, D-N.Y.

Mueller announced the completion of his investigation into the president's campaign and foreign election interference late last month. Attorney General William Barr submitted a four-page summary of Mueller's report to Congress, in which he indicated the special counsel had not found evidence of criminal collusion or conspiracy between Trump's presidential campaign and Russia during the 2016 election cycle. Barr noted that while Mueller's report "does not conclude that the president committed a crime, it also does not exonerate him." Still, Trump has appeared to celebrate Barr's letter, claiming it to be a "total and complete exoneration."

Democrats, meanwhile, have dismissed Barr's summary of Mueller's report, arguing it is both incomplete and insufficient. They have zeroed in on Mueller's decision to punt on whether Trump had obstructed justice, which Barr said "leaves it to the attorney general to determine." Barr said he and Deputy Attorney General Rod Rosenstein concluded Mueller's findings were "not sufficient to establish that the president had committed an obstruction-of-justice offense," which Democrats say warrants further examination and the release of the full report.

Barr is not required by the regulations governing the special counsel to notify Congress of more than "brief notifications, with an outline of the actions and the reasons for them." His four-page overview of Mueller's report dealt a blow to Democrats, who had hoped the special counsel's account of his sweeping probe into the president's campaign and election meddling would bolster their wide-ranging investigations into Trump and his business dealings.

Collins, in his letter, argued that demands by Democrats to release Mueller's full report "disrespects the law" and pointed to a federal court decision that prohibits the public release of protected grand jury material unless there is a court order authorizing their release.

"You refuse to head down that path for political reasons, and have chosen the path of greatest resistance, and least legality — attacking the attorney general for refusing to break the law while misleading the American public about what the law requires or allows," Collins wrote.

Collins said that absent an impeachment inquiry, inviting Mueller to testify before the panel would be the best way to learn about his findings. He said the hearing should be held during the last week of April.

"Although the House is expected to be in recess that week, I think we can agree this business is too important to wait, and members of the committee will surely return to Washington at such a critical moment in our country's history," he said. "I urge you to do the right thing, follow the law, and invite the Special Counsel to testify before the Committee immediately. Doing so ensures we will all hear the unfiltered truth from a man who conducted his investigation with integrity and professionalism."