Here's why we must impeach Donald Trump: In fact, it's more urgent than ever

High crimes and misdemeanors? Where do we start? Even if he's not convicted, it's time to draw a line in the sand 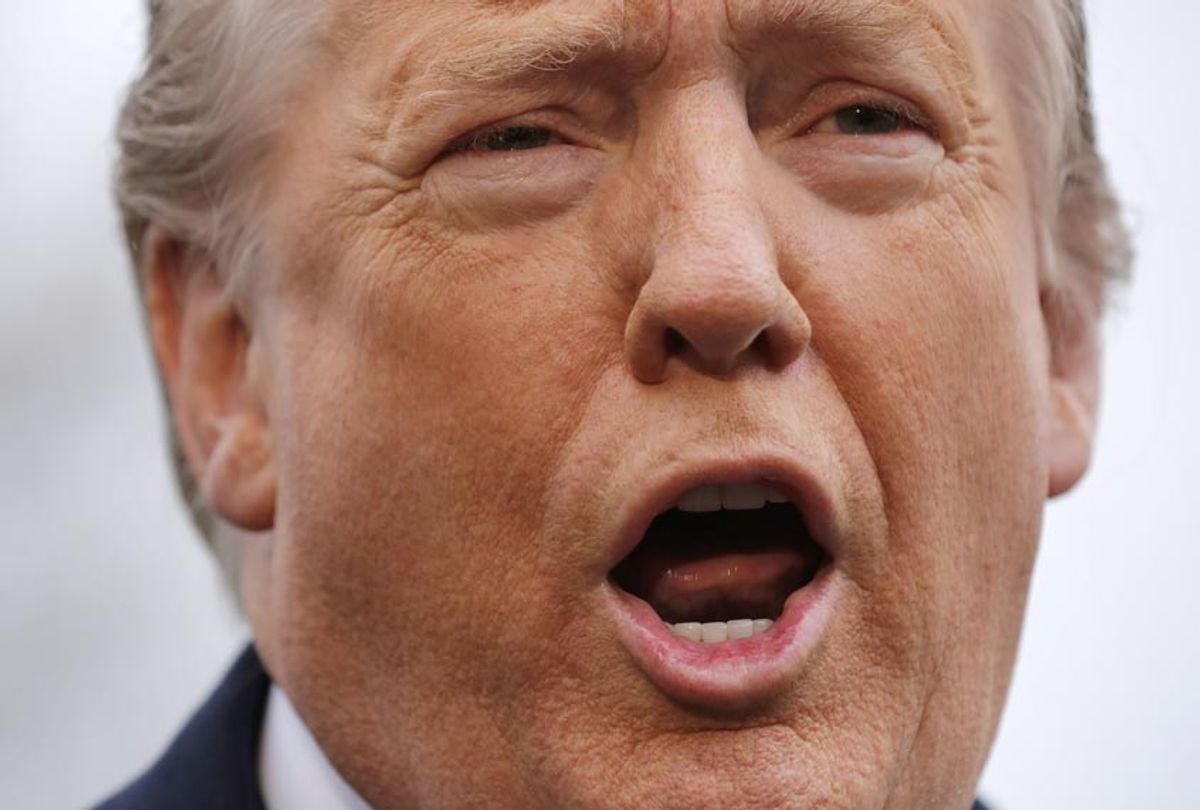 One of the most challenging tasks Americans can undertake at the moment is to impeach the president for his myriad high crimes and misdemeanors. It’s challenging but we have no choice. It has to be done for a variety of reasons including and especially this: it’s almost impossible to simply name, much less adjudicate, every impeachment-worthy trespass by Donald Trump simply because there are so many.

This is as good a place as any: CNN’s Jake Tapper reported this week that Trump ordered federal agents in El Paso to not only disregard asylum laws but to also defy any court-ordered injunctions against Trump’s barbaric and unconstitutional family-separation policy. Indeed, the most obvious impeachable crimes by the president involve abuses of power like this one -- literal crimes against humanity inflicted upon Central Americans fleeing from drug violence and death. Yet Trump clearly believes Richard Nixon’s unitary executive creed: “When the president does it, that means that it’s not illegal.” He’s milking this political theory so vigorously you could cut glass with Dick Cheney’s erection.

There’s Trump’s obvious fealty to Vladimir Putin, going so far as to accept Putin’s word over the findings of our intelligence community.

There are his tax returns, which, according to Michael Cohen under oath, could show intentionally underreported revenue to reduce Trump’s tax burden. To this day, Trump refuses to let the American people see his returns, unlike every president since Richard Nixon. Why? “To own the libs” isn’t a valid excuse.

There’s business fraud and violations of the Constitution's emoluments clause.

There’s his refusal to fill cabinet posts, instead circumventing accountability by keeping a record number of people in acting positions.

There’s Trump’s demagogic labeling of the press as “the enemy of the people,” as well as his profoundly dangerous threats claiming that Democrats support infanticide, endangering the safety and security of both groups.

There are his abusive tweets, destroying more than two centuries of presidential decorum, thus embarrassing the nation and exploding international alliances.

There’s his refusal to provide federal disaster relief to Puerto Rico, a United States commonwealth, because the island isn’t loaded with Red Hats who worship at the altar of Trump. Imagine if Barack Obama refused disaster relief to Alabama or Texas, then imagine how quickly he would have been impeached for it.

Toss into the mix the obvious reality that Trump is psychologically unfit for office, with erratic, unspooled outbursts and bizarre repetitious gibberish increasingly flummoxing his ability to communicate.

There’s a possible cover-up of Robert Mueller's report happening right now, with Trump’s hand-picked attorney general unilaterally redacting key sections of the special counsel’s findings despite decades of precedent to the contrary. Did Trump order Bill Barr to slow-walk the release? Will Trump exercise executive privilege and block the entire report? Remains to be seen.

There’s obstruction of justice and counterintelligence issues, potentially documented in the Mueller report.

There are the numerous violations of national security, including the president’s allegedly unsecured cellphone(s) as well as the various security clearances offered to White House officials who failed their background checks.

That’s the stuff we know about.

Donald Trump thinks he can get away with all of it. And maybe he will. In fact, I’m reasonably certain Trump will eventually walk away from the presidency without having to face any real consequences for his monkey-with-a-machine-gun agenda. Whether he’s indicted after he leaves office is another story, but in terms of holding the president accountable, the process of impeachment has to reach a floor vote in the House, with a Senate trial to commence thereafter.

We have no choice. The president has to be impeached. If he’s not, the precedent set would be so immensely damaging as to provide a tacit endorsement of the imperial presidency by the House speaker. While I fully realize it is absolutely not the intention of the House Democrats and their leadership to provide this gaping loophole for future presidential crimes, it will nevertheless be the outcome of refusing to act against Trump’s crimes. (Speaking of which, impeachment is not solely about punishing violations of criminal statutes but also punishing violations in terms of ethics and behavior unbecoming of a chief executive.)

If Trump is immunized by the House against impeachment, I can’t begin to imagine what sort of terrible behavior would actually warrant impeachment. I assure you of this: If a Democratic president were to commit just one of the above-listed actions, and if Congress were controlled by Republicans, that Democratic president would be impeached. Make no mistake. And the Beltway media would staunchly defend the Republicans in that endeavor.

Regardless, impeachment must be pursued if for no other reason than to issue an unmistakable warning to future presidents that they can’t flood the zone with chaos and expect the smoke will allow them to quietly sashay into a cushy retirement.

By the way, although achieving a conviction in the Senate would be helpful, it’s not necessary to achieve the accountability required here. The message is simpler than that: Commit these crimes as president and Congress will fulfill its oversight responsibilities, no matter where those duties lead. Artificial constraints due to politics are unacceptable here. Just because there aren’t enough votes to convict today, in April 2019, doesn’t mean there won’t be enough votes later, after evidence is presented and the potential for smoking-gun crimes such as suborning perjury still exists. I’m not being naive about this, and I don’t think he’ll be convicted. But, to repeat, it’s not about a conviction.

Ultimately, a successful impeachment vote in the House will force a trial in the Senate (unless Mitch McConnell pulls another Merrick Garland scam) where all the evidence will be presented in full detail and in public for everyone to see, gathered in one place over a short period of time rather than spread out over years as it has been. History will unavoidably record that evidence and the word will echo into the future: Presidents are not above the law, even if acquitted. At the same time, the Republicans who vote against conviction will have their names recorded for posterity.

Short of a conviction and Trump’s removal from office, the impeachment process will suffice as a line in the sand -- and enforcement of that line will resonate more loudly than relying on a failed re-election campaign to exert accountability. Leniency is not an option. Incidentally, there’s no guarantee Trump will lose next year. See also: Russian active measures to help Trump win, the existence of which was once again verified by Bill Barr in his memo. And given how Trump and his real-life Wormtongue Stephen Miller are interning refugee children, freezing in outdoor pens like dogs in a pound, is this really a crisis that can wait around another 20 months to be thwarted -- maybe -- by another election that could end up being as fraudulent as 2016? You tell me.

Trump is far worse than just another incompetent president. If he were incompetent alone, he’d be so much easier to deal with. Unfortunately, his behavior descends deeper than his Mr. Magoo stumbles, gaffes and misspellings. If his presidency were just a matter of earnestly screwing up every day, that lesser degree of urgency might afford us the latitude to wait for the election. In reality, it’s Trump’s incompetence fused with his institution-nuking disruptions and criminality that supersede political caution. Trump’s chaotic reign is unprecedented, and the accountability must be accordingly harsh.