Republicans say Green New Deal is "socialism," but they're fine with billions in subsidies for fossil fuel industry 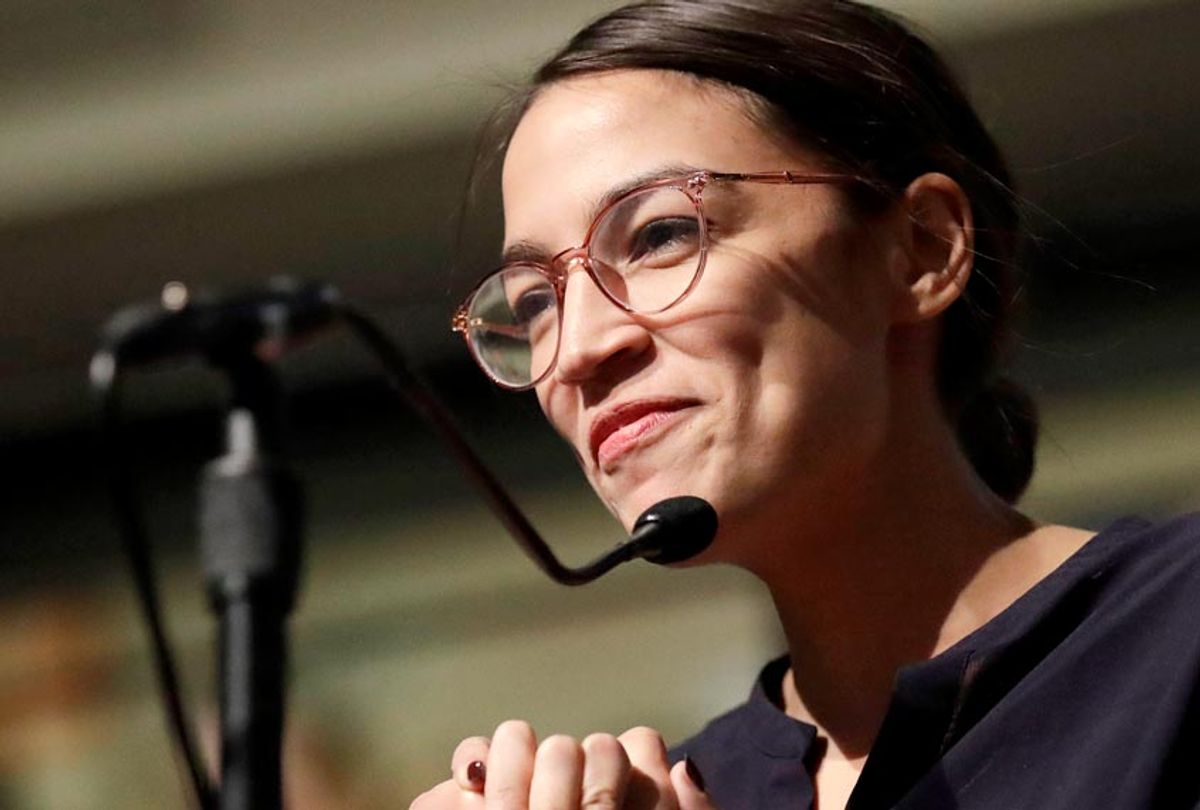 During a House Oversight Committee hearing on Tuesday, Rep. Alexandria Ocasio-Cortez, D-N.Y., called out Republicans for attacking the Green New Deal as "socialism" while also supporting billions of dollars in subsidies to the fossil fuel industry.

"It is not responsible to complain about anything we dislike as 'socialism,' particularly when many of our colleagues across the aisle are more than happy to support millions and potentially billions of dollars in government subsidies and carve-outs for the oil and gas and fossil fuel industry," said the New York congresswoman.

Ocasio-Cortez also slammed her Republican colleagues for fervently criticizing the Green New Deal resolution without appearing to have read the short document.

"While I'm flattered that the ranking member and many members across the aisle seem to be so enamored with a non-binding resolution presented by a freshman congresswoman sworn in three months ago, I think that ironically, despite that fixation, it doesn't seem that they've actually read the contents of the proposed and presented resolution," said the congresswoman.

"We don't need Cliff Notes for a 14-page resolution that was designed to be read in plan English by the American people," she concluded. "So I would encourage my colleagues to actually read the resolution presented, so they can speak to it responsibly and respectfully."