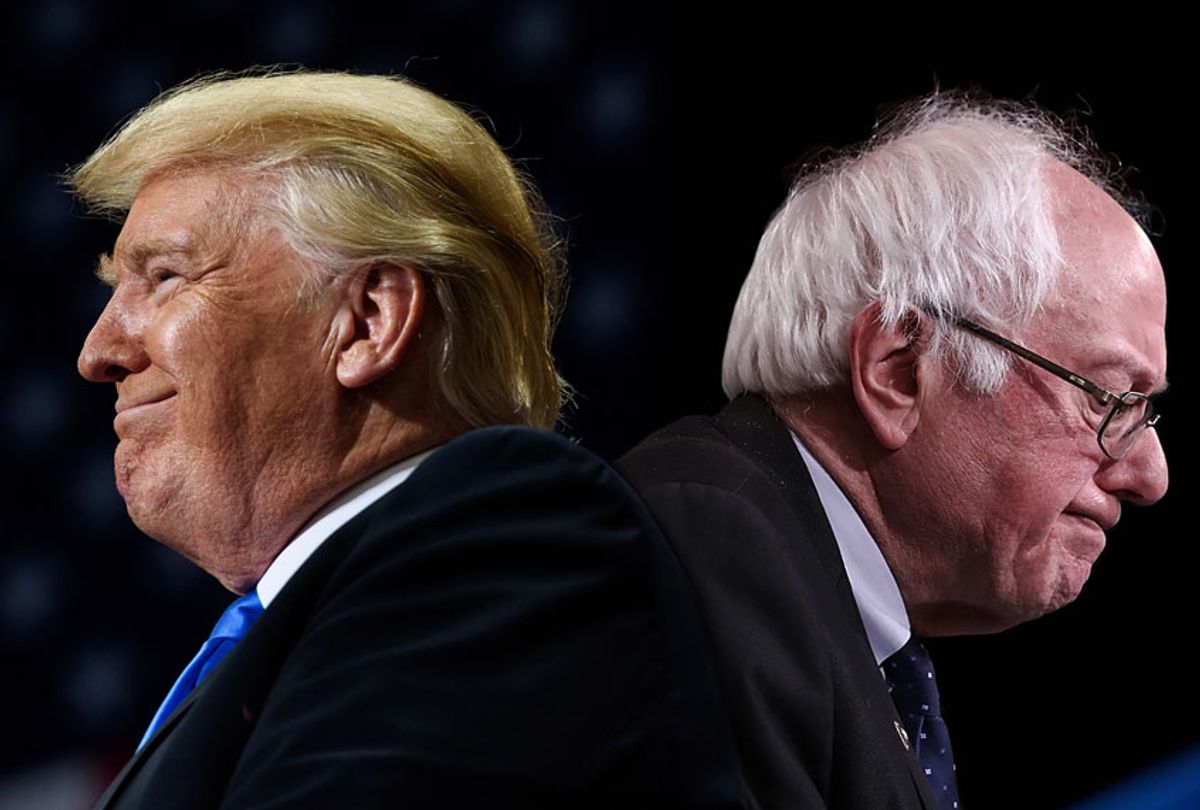 Russia’s effort to target Bernie Sanders supporters after the 2016 primaries in a bid to help swing the election to Donald Trump was more “central” to their strategy than previously known, according to an analysis by researchers at Clemson University.

The researchers analyzed English-language tweets originating from Russia, many as part of the country’s effort to influence the 2016 election, and found that the targeting of Sanders supporters was “central” to their strategy, the Washington Post reports.

It’s impossible to say how many tweets targeted Sanders supporters without mentioning his name, but researchers found that around 9,000 Russian-sourced tweets used the word “Bernie.” The tweets were “liked” 59,281 times and retweeted 61,804 times. Thousands of other tweets were also targeted at Sanders supporters in an attempt to dissuade them from backing Hillary Clinton but did not mention Sanders by name.

“I think there is no question that Sanders was central to their strategy. He was clearly used as a mechanism to decrease voter turnout for Hillary Clinton,” Clemson communications professor Darren Linvill told the Post, adding that the analysis shows the targeted tweets came at a “ higher volume than people thought.”

Many of the tweets were aimed at disillusioned Sanders supporters who believed he was treated unfairly by the Democratic Party. Other tweets simply disparaged Clinton.

“Conscious Bernie Sanders supporters already moving towards the best candidate Trump! #Feel the Bern #Vote Trump 2016,” said a tweet by an account with the name “Red Louisiana News,” that was actually operated from Russia.

“#BlackMenForBernie Leader Switches to Trump! I will Never Vote for Hillary, Welcome aboard the Trump Train,” said a tweet by a purported "Southern, Conservative Pro God, Anti Racism" Twitter user from Texas with 72,121 followers that was actually operated from Russia.

Special counsel Robert Mueller’s team said in an indictment last year that workers at a Russian organization called the Internet Research Agency were instructed to “use any opportunity to criticize Hillary and the rest (except Sanders and Trump — we support them).”

The effort to target Sanders supporters significantly increased after WikiLeaks released emails stolen from the Democratic National Committee, some of which appeared to suggest the primary process was tilted toward Clinton.

“He is a wedge to drive into the Democratic Party,” Livill told the Post.

Though it’s impossible to know what impact the strategy had on the 2016 general election, if any, an Ohio University survey seeking to learn how fake news affected the 2016 race found that the strategy may have hurt Clinton’s turnout, according to the Post. The analysis found that a surprising number of people said they believed demonstrably false news stories. Researchers determined that “belief in these fake news stories is very strongly linked to defection from the Democratic ticket by 2012 Obama voters.”

A YouGov poll found that just 77 percent of voters who backed President Obama in 2012 voted for Clinton in 2016. Ten percent of the Obama voters surveyed backed Trump, 4 percent voted for third-party candidates, and 8 percent did not vote.

Sanders disavowed Russia’s efforts in 2016 and actively campaigned for Clinton. But a former senior Clinton campaign official told the Post Friday that there is still bitterness toward Sanders in the party because some believe he “could have done more” to lower tensions between his supporters and Clinton’s base.

Clinton spokesman Nick Merrill told the Post that it was imperative in 2020 for “everyone else, especially Democratic candidates, to work together and support each other to defend against these threats.”