Why is Tax Day so miserable? Because one obscure congressman (a Democrat!) works for H&R Block, not for us 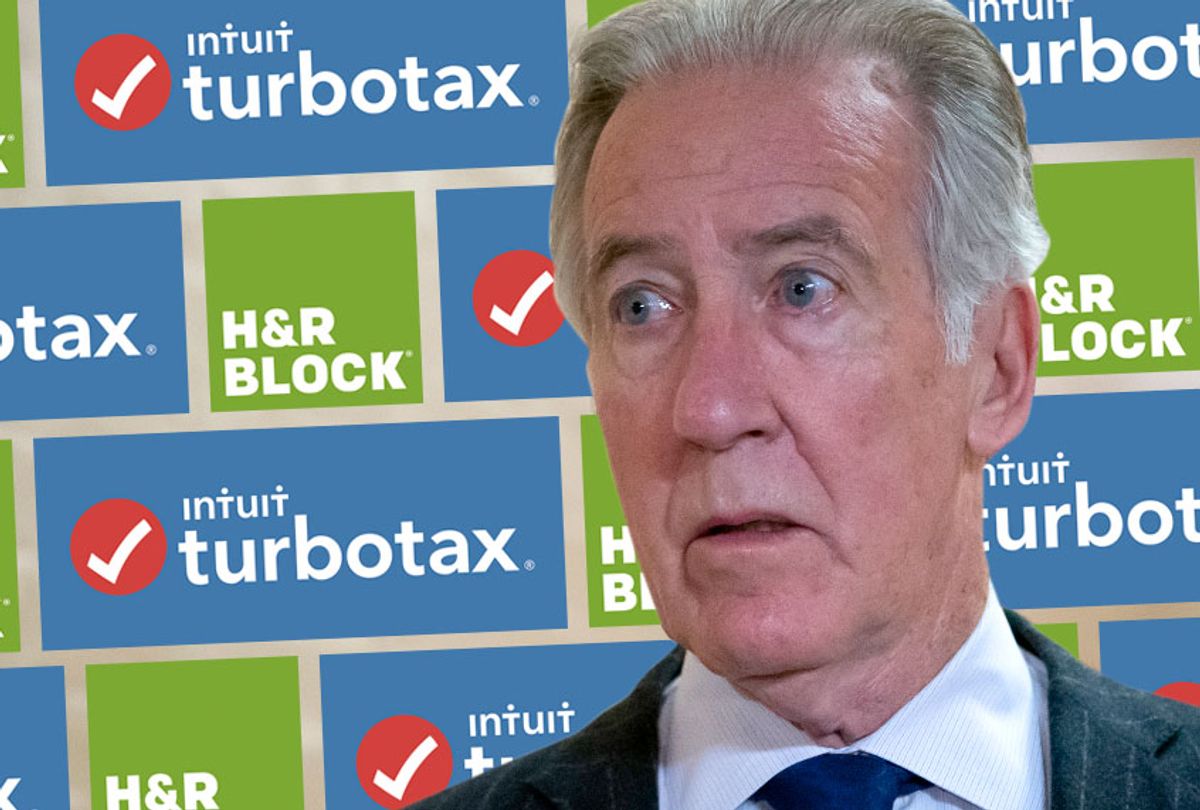 Tax Day is upon us and millions of Americans are scrambling to file their returns, downloading expensive versions of TurboTax, waiting in line at H&R Block -- and certain that there must be a better, cheaper way.

There is: The IRS could establish a free, electronic portal that allowed Americans to file quickly and easily. We could eliminate the middleman, save taxpayers money, and let us all spend the first nice weekend of spring somewhere other than a dingy strip mall.

Only there’s a Massachusetts congressman eager to put an end to that dream -- permanently.

Rep. Richard Neal chairs the House Ways and Means Committee, the most important tax writing committee in all of Congress. Last week, Neal’s committee, with his full support, advanced legislation that would prohibit the IRS from ever building its own electronic program as part of a bill called, believe it or not, the Taxpayer First Act.

Whenever something this crazy happens in Washington, it’s a good idea to follow the money. It turns out that the leading opponents of a free federal filing system are, you guessed it, H&R Block and Intuit, the makers of TurboTax. The profits of both companies might be jeopardized by such a system, so they have aggressively lobbied Congress for many years to make it illegal for the IRS to offer one.

The industry backed that lobbying up with $6.6 million in campaign cash in the last year alone. Intuit and H&R Block directed $16,000 to Neal over the last two campaign cycles alone.

When Neal took the gavel of the powerful Ways and Means committee, many longtime watchers of the careerist, me-first Democrat wondered what kind of chairman he would be. The congressman has consistently been one of the top recipients of corporate PAC dollars from either party. Neal dragged his feet for months before finally requesting President Trump’s tax returns, fueling speculation that he was uninterested in exploring complex abuses of the tax code by the wealthy. (He has also hypocritically refused to release his own returns.)

At the pinnacle of his career, would he use his power to make things easier for taxpayers? Or to reward the lobbyists and corporations that greased his way? It didn’t take long to get the answer. Richard Neal could make it easier for all of us to file our taxes. Instead, he sided with TurboTax and H&R Block.

All this works out fine for Neal, but less so for taxpayers. It’s a perfect example of what happens when a member of Congress is captured by the Washington swamp and serves special interests, rather than the public interest. Neal does the bidding of TurboTax. Meanwhile, the millions he raises from lobbyists insulate him from a challenge back home and provide no way to hold him accountable. When a progressive challenged Neal in 2018, he drowned her with more than $3.2 million in campaign spending, well over $3 million more than his opponent raised. He coasted to re-election. Everyone else gets stuck spending Saturday at H&R Block.

Neal has also long supported an industry-sponsored free tax-filing system that has been widely criticized as ineffective and easily hacked. Some 70 percent of American taxpayers could use it to file for free -- but only 3 percent do, in part because, according to ProPublica, the industry has “deliberately underpromoted” it, while trying to confuse and upsell those who do into buying unnecessary paid products. This is the kind of compromise that occurs when the members of Congress who are supposed to oversee an industry on behalf of all of us get captured by it instead.

Many other countries provide an easy, electronic option that saves citizens money. In more than 30 other countries, such as Britain and Japan, there’s no need to file tax paperwork with the government at all. A Ways and Means chairman who wanted to simplify the process and really put the “taxpayer first” would have that power. But the more complicated the process, the more we all need H&R Block. Campaign contributions win out over common sense and the public good.

If you spend this weekend hunched over TurboTax or under H&R Block’s dismal fluorescent lights, take a moment and remember why you’re not outside: Richard Neal is looking out for TurboTax, and not you.