Smart Watch: Get your "Game of Thrones" TV alternatives here! 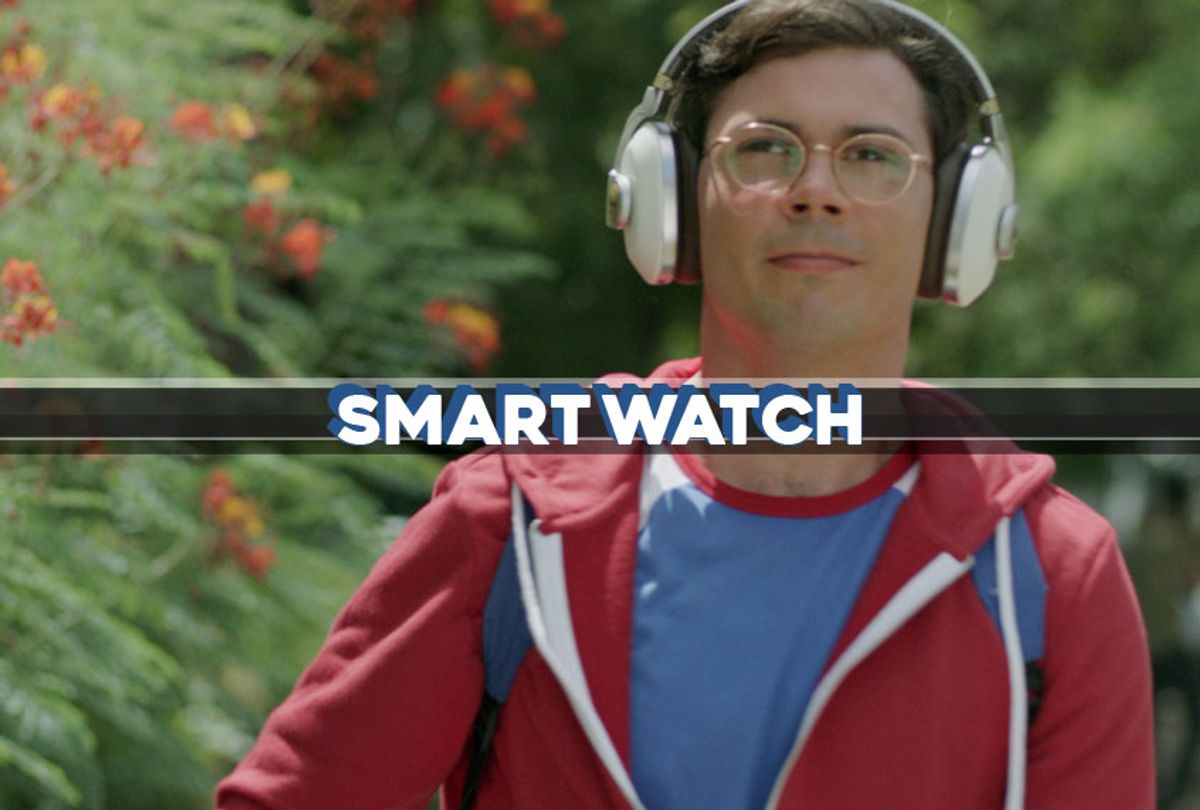 Newsflash for those who have recently emerged from comas or are reintegrating into society after a more than a decade of living off the grid: there’s this massive phenomenon known as “Game of Thrones.” Maybe you’ve heard of it. Maybe you walked into a Target thinking, “You know, I’d enjoy a pack of Oreos,” and were confronted by a sigil and a family name like LANNISTER emblazoned across the cellophane and thought to yourself, “What the hell?”

Get used to it, friends. Excitement over the return of purportedly the biggest series in the history of life has already begun wyrming its way into countless corners of the globe. Even now, thousands of people are randomly tweeting various versions of “OMG!” as they watch the series for the very first time, or re-watch it for the very 248th time.

All of which is to say that as of this Sunday, “Game of Thrones” will devour most of not all TV related conversation and attention. Don’t get me wrong — as a devoted Throney, that’s fine by me. But as an appreciator of TV in general, programs that are equally worth your time (or maybe even more worth it; let’s be honest, that seventh season was not the drama’s best) might get short shrift if we don’t point them out.

Most season 8 episodes of “Game of Thrones” will be as long as a feature length film, or so we’ve been told; Sunday’s premiere clocks in at 54 minutes, with the following episode at 58 minutes.

In contrast, each episode of Ryan O’Connell’s eight-episode comedy lasts no longer than 15 minutes and wastes not a single moment. But its runtime is the least innovative aspect of “Special,” which is executive produced by Jim Parsons, and celebrates vulnerability and humanity in some ways that aren’t often seen, and others that have, to my knowledge, never been seen before.

O’Connell has cerebral palsy, and his experiences with living with this disability are as central to the life of his fictionalized persona as they are is to his own. He’s also a wickedly funny gay man who found it easier to come out about his sexual orientation than it was to reveal that he lives with CP, according to various interviews.

Like his character Ryan, O’Connell explained his mobility issues by telling everyone he’d been hit by a car. And that’s actually true: he was severely injured when an auto smacked into him. But that’s not the reason he or Ryan walks with a limp.

Based on his 2015 memoir "I'm Special: And Other Lies We Tell Ourselves," O’Connell’s comedy revolves around the thesis that Ryan’s struggle to accept himself as he is, in his own skin, isn’t so different from those of those around him who weren’t born with any medically-defined physical limitations. Everybody is at battle with some element of themselves, be it weight, or identity, or lovability.

In one scene Ryan’s laptop screen reveals that he’s Googling the phrase “internalized ableism” and registering the effect of that distressing revelation on his face as he video chats with his mother. In another we see Ryan’s confident new best friend Kim (Punam Patel) visibly deflate when she realizes her purported fans love her for all the reasons that make the lives of curvy women like her difficult.

His cruel, comically shallow and egomaniacal boss Olivia (Marla Mindelle) is a woman who simply can’t be happy unless she’s exploiting the insecurities of everyone around her.

And his mother Karen (Jessica Hecht) cannot quite decide if she can’t live without Ryan or if she resents the hold her son has had on her life, up to the point when Ryan declares his independence from her.

Difficulties with fine motor tasks such as shuffling cards or tying shoes come with the territory of moving through the world with cerebral palsy. But like everyone else, Ryan’s regard for himself is something he hasn’t quite mastered. Even when he chooses to visit a professional sex worker to lose his virginity, he can’t quite bring himself to admit that it’s first time, although his paid date clearly knows that it is and reacts with empathy. (Their assignation, shown in full, may be one of the most honest, sweetest sex scenes you’ll see on TV.)

Everyone in this nimble, beautiful series takes a good and healthy look inward, if only for a second or a minute, to process their place in the world. And this why the 15-minute run time for each episode of “Special” feels absolutely perfect, because it is a series that makes the utmost of every moment, even passing glimpses.  Will you want to see more at the end of it all? Probably. Thankfully by the time we get another season  — which I hope we will — there won’t be other distractions drawing attention from its shine.

“The Act,” now streaming on Hulu

By current programming standards, “The Act” occasionally feels like a lab produced project as opposed to the opening entry in a true crime anthology series. Or maybe it’s the nature of this particular true crime that was begging to be adapted by a streaming service, where the viewer can binge as much as she likes or wait for the story on unfurl week by week, episode by episode.

Whatever the reason may be, there’s something about this fictionalized version of the curious case of Gypsy Blanchard (played here by Joey King) and her mother DeeDee (Patricia Arquette) that has an air of algorithmic construction about it. It’s an irresistibly messy crime by TV standards: the BuzzFeed article that it’s based on, written by Michelle Dean, who co-created the series with Nick Antosca, has already has been the subject of an HBO documentary, “Mommie Dead and Dearest.”

Gypsy and DeeDee’s story depicts the scariest side of the mother-daughter relationships, a similar scenario to that which was vivisected in the mountains of copy written about HBO’s miniseries “Sharp Objects.” Gypsy’s secret online romance life, depicted by King as including lurid, S&M style cosplay, is the sort of thing that may even have given Gillian Flynn pause, in a “you can’t make this up” kind of way.

Whatever the explanation of this story’s appeal may be, there’s no ignoring that “The Act” checks all the right boxes in this first round.

We get Arquette Acting While Unattractive, “Escape at Dannemora” style. To be fair, she also turns in a gripping performance, starting out as profoundly creepy but effectively leading the viewer on DeeDee’s long journey down into such an extreme state of fragility as to make anyone initially hardened to the woman a touch sorrowful about her fate.

There’s the crime itself — or crimes, actually. DeeDee was a huckster who defrauded neighbors and strangers with a false tale about caring for an impossibly sick child, a lie she even sold to her own daughter.

Gypsy Rose spent much of her childhood in a wheelchair and receiving sustenance via a feeding tube, convinced by her mother of her frailty and that she suffered from a list of ailments as long as a CVS receipt. But all the while, she was perfectly healthy — the victim of an extreme case, it seems, of Munchausen syndrome by proxy.

Dee Dee’s murder leads off “The Act,” and if even you haven’t read the BuzzFeed story, anyone who has done time in an Investigation Discovery spiral will have a clue by the end of episode one as to who is most likely to have perpetrated the crime. Getting to the how and why of it is a twisty, solid journey worth the time. One no less complicated and fascinating, I suppose, than the story of a heroic boy and girl who grew up worlds apart, are brought together by common cause and under extraordinary circumstances, and happen to bump uglies at the precise time the audience finds out that she is his biological aunt.

By the time Titus Welliver’s Harry Bosch returns for a fifth season and a new mystery, the world will be mightily engrossed in the sport of What’s What in Westeros, and I’m betting that at least one minor-major character will have bitten it.

The answer to the ultimate mystery of “Game of Thrones” will still be weeks away.  “Bosch,” meanwhile, picks up a year and change after he’s gotten his mother’s murderer put away. Michael Connelly’s detective is never one to twiddle thumbs, of course. And this time he’s yet again in embroiled in a controversy that brings him under suspicion within the police department while he’s taking on a homicide case which, inspired by the opioid crisis, revolves around a Hollywood pharmacy.

“Bosch” is a series that initially left me cold, but has steadily improved and darkened with each passing season. Even when it wasn’t on my short list of great series, Welliver’s magnetism is undeniable, and Jamie Hector receives some chewy, substantial material to work with as Detective Jerry Edgar. Although Amazon drops entire seasons of its series in one pass, this is a show worth taking one’s time with. Just don’t let it get lost in the wash of ice and fire about to flood the lands.