The freshman congresswoman was mentioned 3,181 on Fox News and Fox Business Network over a six-week period 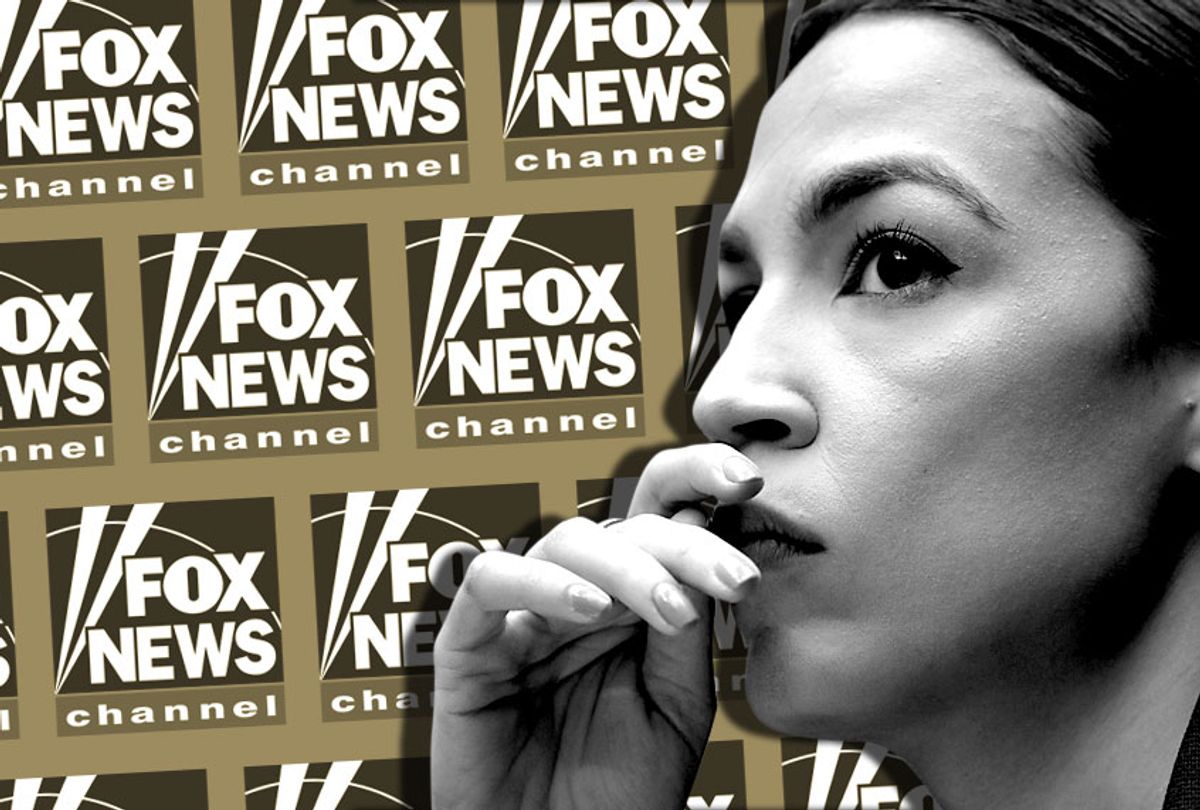 Alexandria Ocasio-Cortez, the progressive freshman congresswoman from New York, is a significant subject of discussion for nearly every host, commentator and analyst at Fox News.

A new study finds that Ocasio-Cortez was mentioned at least 3,181 times on Fox News and its sister channel Fox Business Network during the six-week period of Feb. 25 to April 7, or just under 76 times a day. Not a single day passed in that time frame when Ocasio-Cortez was not mentioned on the networks, according to the research.

The analysis, conducted by the liberal media watchdog group Media Matters for America, claimed Ocasio-Cortez has "become an obsession on Fox News." It further called the freshman lawmaker the conservative network's latest boogeyman, described as "someone for hosts and guests to demonize, knock down and refer to whenever grievances need to be aired against the Democratic Party."

"Ocasio-Cortez is brought up constantly, even if the topic has nothing to do with her," Media Matters noted. "Hosts and guests smear and misrepresent Ocasio-Cortez's agenda, caricaturing it while painting it as radical, dangerous, far-left socialism."

The organization said Fox News hosts and analysts "go on extended, agressively [sic] angry rants about her. They've repeatedly attacked her intelligence, used her age to discredit her and dismissed her as a 'little girl.'"

Over its six-week study, Media Matters found the network's pundits and analysts repeatedly railed against Ocasio-Cortez's proposal to tackle climate change and fuel a greener economy with a "Green New Deal," slammed her as a hypocrite for traveling by car and plane and attempted to pit her against members of her own party to point to divisions in the Democratic Party.

More specifically, host Tucker Carlson called her an "idiot wind bag," a "pompous little twit," a "garden-variety hypocrite," "self-involved and dumb," a "moron, and nasty and more self-righteous than any televangelist." Another host, Jeanine Pirro, referred to Ocasio-Cortez as a "bartender," in reference to her pre-politics career. Other commentators accused the 29-year-old lawmaker of adopting a fake accent, compared her to a child and called her "adorable in sort of the way that a five-year-old child can be adorable."

Fox Business host Stuart Varney acknowledged the network's laser-sharp focus on the New York Democrat, noting, "We have an AOC segment every single day, almost every single hour. She's good for our ratings." Since she was sworn into the 116th Congress in January, Ocasio-Cortez has emerged as a national progressive firebrand, capturing the attention of Americans of all political stripes. Along the way, she has become a near constant target of the Republican Party's attacks and smears, often drawing the ire of conservative media pundits, who have questioned her age and her ability to make policy decisions. The New York Democrat has occasionally received a less-than-warm reception on Capitol Hill from fellow Democrats, especially over her vow to back primary challengers against party incumbents.

The congresswoman tweeted a link to the Media Matters research with the following comment: "That's how hard they're fighting against dignified health care, wages and justice for all; and turning their fire power on the youngest congressional woman in history to do it. Too bad for them, cause we don't flinch."

https://twitter.com/AOC/status/1116736411191975937
Media Matters for America did not analyze other cable news programs for this report. Its mission is to monitor, analyze and correct conservative misinformation in the U.S. media, according to its website.