Few details have been disclosed about the plan, which Trump administration claims will be "deal of the century" 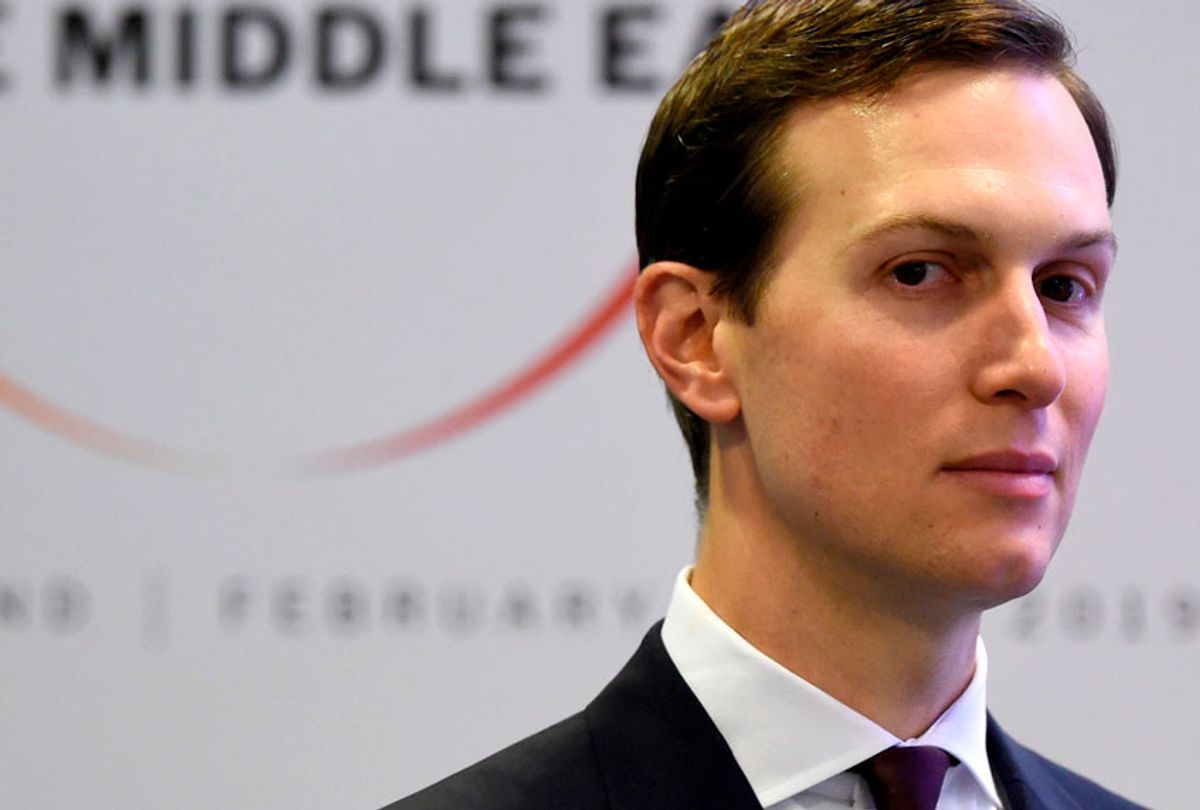 President Trump's long-awaited proposal for achieving peace in the Middle East will not be released until June at the earliest, senior White House adviser and presidential son-in-law Jared Kushner told ambassadors on Wednesday.

Reuters reported Wednesday that Kushner encouraged ambassadors to keep an "open mind" about the peace negotiations, which have been touted since early in Trump's presidency as potentially leading to "the deal of the century." Kushner is leading the peace plan with special envoy Jason Greenblatt, who confirmed the Reuters report in a tweet.

The proposal's release would come after the conclusion of the Muslim holy month of Ramadan, which ends early in June, and would allow recently re-elected Israeli Prime Minister Benjamin Netanyahu to form a governing coalition.

Netanyahu, who has closely aligned himself with Trump, won a record-setting fifth term earlier this month. Trump congratulated Netanyahu on his victory at the time and said he believed the prime minister's re-election increased the chances of peace between Israel and the Palestinians.

Kushner reportedly discussed the proposal Wednesday with roughly 100 ambassadors from around the world at Blair House, the presidential guest home located across the street from the White House. He spoke as part of a series of speeches by State Department officials.

"We will all have to look for reasonable compromises that will make peace achievable," Kushner said, according to Reuters, who cited an anonymous source.

During his remarks, Kushner reportedly disputed the idea that the peace initiative would focus mostly on an economic package to help the Palestinians strengthen their economy, insisting it would contain a "very detailed" political component. He did not reveal whether the plan would call for the establishment of an independent Palestinian state on areas captured by Israel during the Six-Day War in 1967 and formally annexed in 1981.

The Trump administration has vowed since its early days to broker a groundbreaking peace agreement between Israel and Palestine. Officials have offered few details about the plan or when it might be made public, however.

David Friedman, the U.S. ambassador to Israel, said in January that the proposal would be presented "within several months." National security adviser John Bolton said last week that the administration would roll out its plan "in the very near future."

Secretary of State Mike Pompeo told CNN on Friday that the peace initiative the White House is expected to release will "represent a significant change from the model that's been used."

While Trump and his staffers have praised Netanyahu's involvement in the proposal, the administration has had few discussions with Palestinian officials, who cut off all official contact with the administration in December 2017 when Trump followed through on a campaign promise to recognize Jerusalem as Israel's capital.

Palestinian Authority Prime Minister Mohammad Shtayyeh, who was sworn in over the weekend, further cast doubt on the chances of striking a forthcoming deal with the Trump administration in an interview with the Associated Press on Tuesday, saying any peace initiative will be "born dead."