"He’s an embedded Trump ally who puts this president’s political future above of the rule of law," Swalwell says 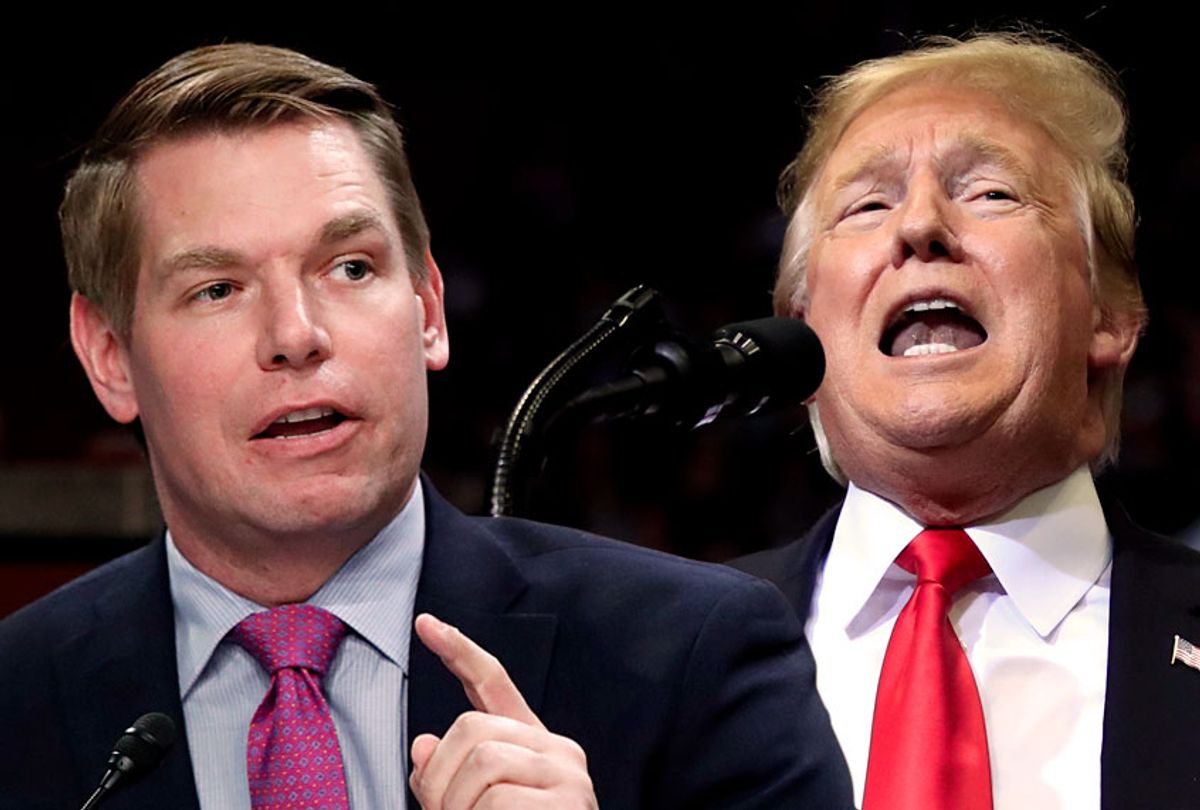 Rep. Eric Swalwell, D-Calif., demanding the resignation of Attorney General William Barr, who he accused of putting politics above the rule of law in his roll out of special counsel Robert Mueller's report.

"He has proved that he’s an embedded Trump ally who puts this president’s political future above of the rule of law. That makes him unfit to serve," Swalwell declared in a statement. "He must resign."

"You can be the president’s defense attorney or America’s attorney general, but you can’t be both," the presidential candidate added. "William Barr was tainted from the moment he sent an unsolicited memo to the Justice Department panning Robert Mueller’s obstruction investigation, way back in June 2018."

Swalwell's comments are reminiscent of concerns he expressed to Salon in August about the implications of the Trump-Russia scandal for American politics overall.

"I think securing the ballot box is key and making sure that voters have faith that our elections belong to us," Swalwell told Salon. "That has to be at the top of the list. We're going to promise them that no outside adversary is going to interfere in our elections, and that if people inside the United States are working with outside adversaries, that we will do all we can to keep that from happening."

He added, "Then there's the corruption that bothers people not just because it's wrong, but also because they can connect the dots that on a lot of issues they care about — like health care, reducing gun violence, seeing our environment protected with clean air and clean water for their kids — a lot of those issues are not addressed because of the connection between money and politicians."

He also recalled how one of his Republican colleagues implicitly acknowledged that there was something shady about Trump's relationship with Russia but was worried about paying a political price if she stood up to the president.

"I just remember early on, I wrote legislation to have an independent commission look at what happened with Russia," Swalwell explained. "And one member told me, she said, 'I already had my head lopped off for going against him before the November election. I can't afford for that to happen again.' To me, that was just acknowledging that she knew that a lot of this stuff was wrong. She wanted to do the right thing but was just not going to stick her neck out there again. Because a lot of them look at it and say, 'What do I get out of it?'"

He added, "Now to me, what you get out of it is the satisfaction of doing the right thing. If this job only means looking the other way and not doing what you believe is right, then what is this job worth? Everyone here, I hope, has other job opportunities. Hopefully Congress is not filled with people where this is the only job they can get. If you have to speak up and that means losing your job, I hope we have a Congress filled with people who could be hired elsewhere and don't think this is the only thing that they could do."