"The potential use of the U.S. financial system for illicit purposes is a very serious concern," Maxine Waters says 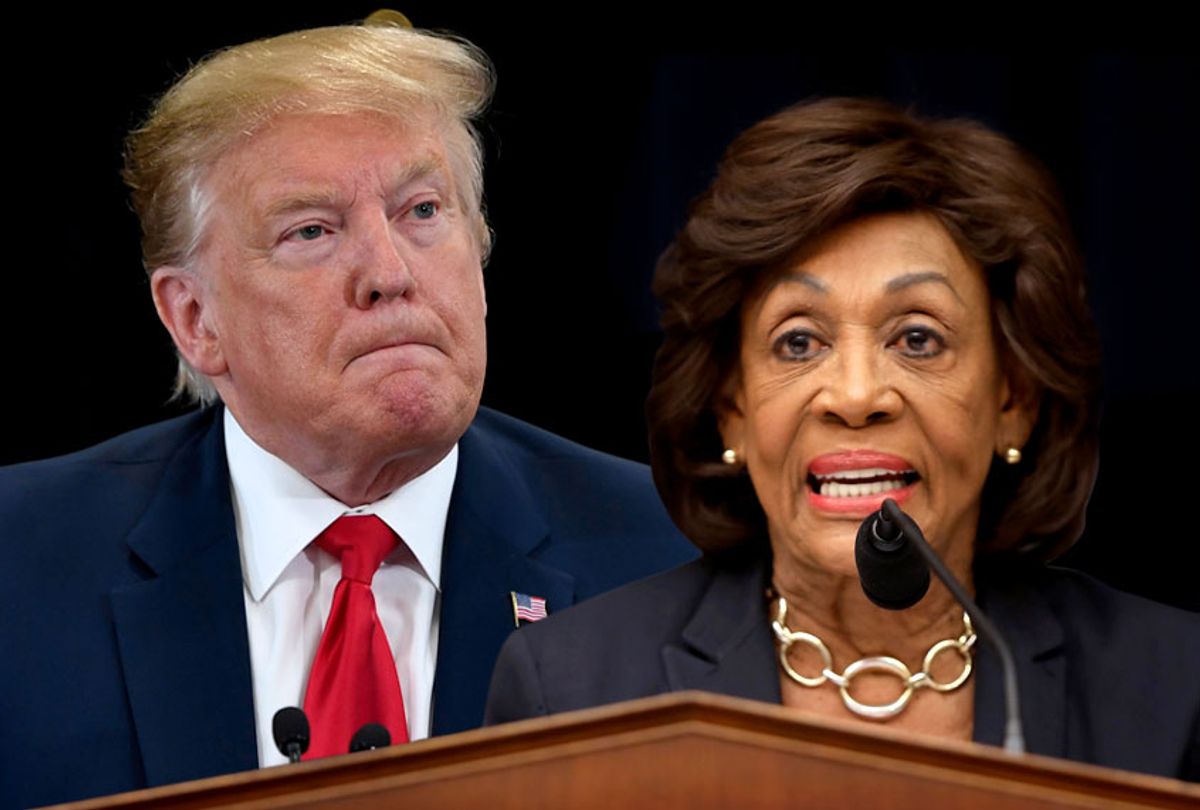 The chairwoman of the House Financial Services Committee, Rep. Maxine Waters, D-Calif., explained in a statement that "the potential use of the U.S. financial system for illicit purposes is a very serious concern. The Financial Services Committee is exploring these matters, including as they may involve the president and his associates, as thoroughly as possible pursuant to its oversight authority, and will follow the facts wherever they may lead us."

In a similar vein, Rep. Adam Schiff, D-Calif., the chairman of the House Intelligence Committee, explained in a statement that "as part of our oversight authority and authorized investigation into allegations of potential foreign influence on the U.S. political process, the House Intelligence Committee issued subpoenas to multiple financial institutions in coordination with the House Financial Services Committee, including a friendly subpoena to Deutsche Bank, which has been cooperative with the committees. We look forward to their continued cooperation and compliance."

During a public hearing with banking executives last week, Waters excoriated the financiers at Deutsche Bank, saying that "much has been reported about how Deutsche Bank has been a pathway for criminals, kleptocrats and allies of Mr. Putin to move illicit funds out of Russia. But recent information shows that some of your institutions have also been providing services for Russian individuals or entities that may be engaging in questionable transactions."

Spokesperson Kerrie McHugh later released a statement saying that the bank was "engaged in a productive dialogue" and would "remain committed to providing appropriate information to all authorized investigations in a manner consistent with our legal obligations."

The president's son, Eric Trump, responded to the news about the subpoena against Deutsche Bank by releasing a statement saying, "This subpoena is an unprecedented abuse of power and simply the latest attempt by House Democrats to attack the president and our family for political gain" and argued that it "set a horrible precedent for all taxpayers."

Deutsche Bank has been under particular scrutiny because it continued to make loans to Trump even after other, more cautious institutions refused to do so as a result of the future president's multiple financial woes. These included loans for an effort to buy General Motors, renovations of his Art Deco tower at 40 Wall Street, a Trump Marina casino in Atlantic City, an East Side skyscraper and a skyscraper in Chicago.

One possible foreshadowing of how Trump could react to the subpoenas can be found in how his lawyers William S. Consovoy and Stefan Passantino responded to an attempt by the House Oversight Committee to subpoena information from the accounting firm Mazars USA.

"It is no secret that the Democrat Party has decided to use its new House majority to launch a flood of investigations into the president’s personal affairs in hopes of using anything they can find to damage him politically," the lawyers wrote in a letter to the firm.

They added, "The Democrats’ fervor has only intensified after the special counsel squelched their ‘Russia collusion’ narrative."