Sanders 'fesses up: Her May 2017 claim that FBI agents supported Comey firing was "not founded on anything" 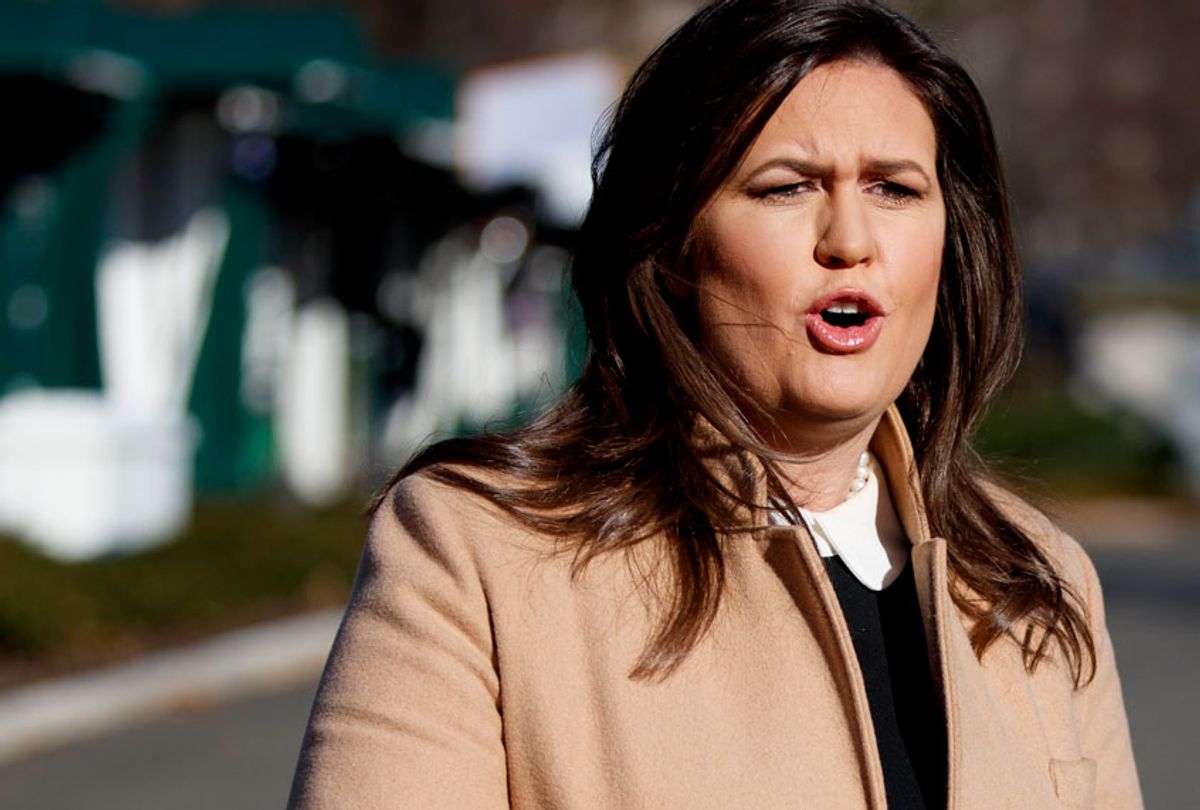 Trump’s draft termination letter firing Comey claimed that “morale in the FBI was at an all-time low and Sanders told the press after Comey’s termination that the White House had heard from ‘countless’ FBI agents who had lost confidence in Comey,” the report says, adding that “the evidence does not support those claims.”

“The President told Comey at the January 27 dinner that ‘the people of the FBI really like [him],’ no evidence suggests that the President heard otherwise before deciding to terminate Comey, and Sanders acknowledged to investigators that her comments were not founded on anything,” the report said.

The report refers to an instance in May 2017, when Sanders claimed that Comey was fired because he lost the confidence of rank-and-file agents of the FBI. She was pressed on the statement by Fox News correspondent John Roberts the following day, who pointed out that then-acting FBI director Andrew McCabe had contradicted her statement.

“I can speak to my own personal experience,” Sanders replied to Roberts. “I have heard from countless members of the FBI that are grateful and thankful for the president’s decision and I think we may have to agree to disagree. … I’ve certainly heard from a large number of individuals -- and I don’t even know that many people in the FBI.”

Another reporter pressed Sanders on her discussions with “countless” FBI employees. “Really?” he exclaimed in asking her whether the those discussions actually took place. “I mean, really?” he repeated.

“Between like email, text messages, absolutely,” Sanders insisted. “Yes,” she repeated again with an eyeroll, after being asked how many agents constituted “countless” officials.

“We’re not going to get into a numbers game,” Sanders shot back, playing the victim. “I have heard from a large number of individuals that work at the FBI that said they are very happy with the president’s decision.”

“I don’t know what else I could tell you,” she added.

Sanders has often played the victim when reporters have accused her of blatantly lying to the press.

“I’m an honest person,” she insisted in a June 2018 briefing when pressed on her false statement that Trump was not involved in drafting a misleading statement about his son’s infamous 2016 Trump Tower meeting with a Russian lawyer.

"Frankly, I think my credibility is probably higher than the media’s," she later added in the same briefing. "I think in large part that’s because a lot of you guys spend more of your time focused on attacking the president than reporting the news. I think that if you spent a little bit more of your time reporting the news than trying to tear me down, you might actually see that we’re working hard to provide you good information."

The Mueller report makes clear that Sanders has a clear grasp on the facts when she is under oath, but perhaps less so when she is doing her taxpayer-funded job answering journalists’ questions.