Trump, after Mueller's appointment: "This is the end of my presidency"

"I'm f**ked," the president told Jeff Sessions after learning of special counsel's appointment in May 2017 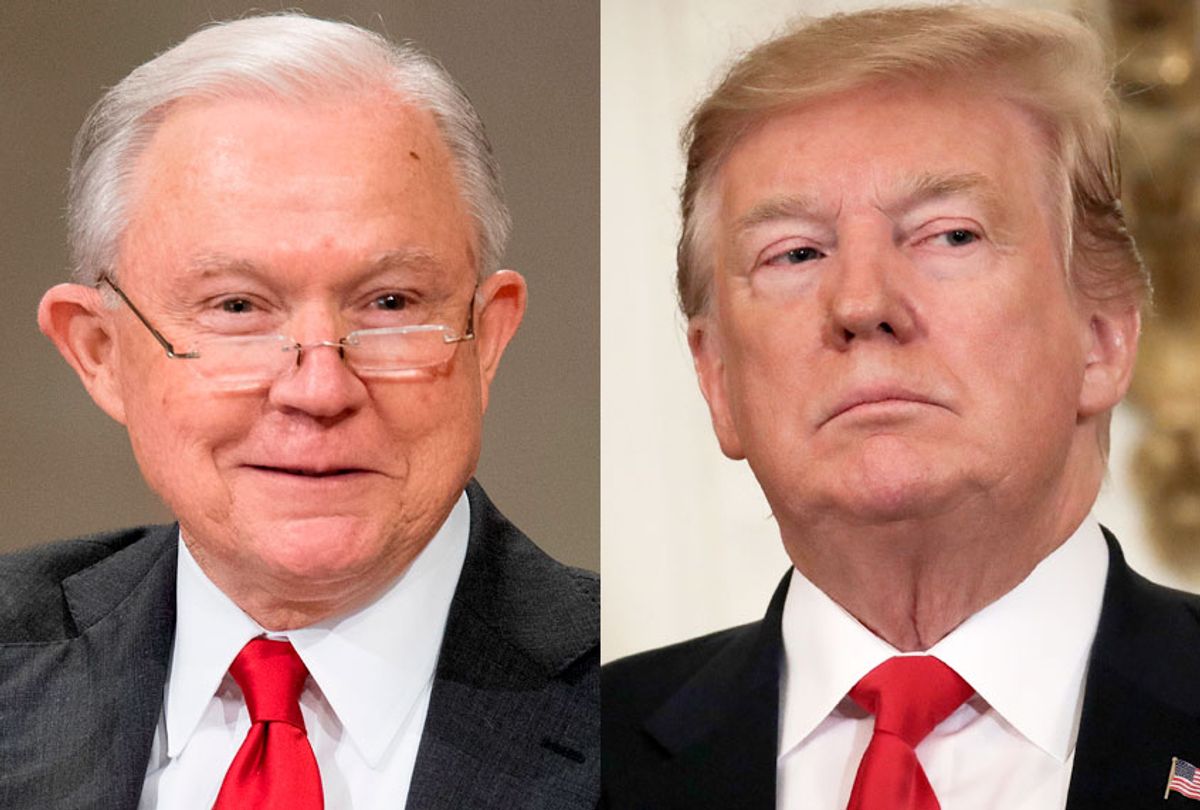 When President Trump first learned that Robert Mueller had been appointed as special counsel, he apparently assumed it would be the beginning of the end of his time in the White House.

The president "slumped back in his chair and said, 'Oh my God. This is terrible. This is the end of my presidency. I'm f**ked,'" after learning that Deputy Attorney General Rod Rosenstein had appointed Mueller in May 2017,  according to the special counsel's report on foreign interference in the 2016 presidential election, released on Thursday.

Rosenstein took control of the investigation into alleged collusion between Trump's campaign and Russia during the 2016 election cycle, and then the investigation into whether the president  obstructed the probe, after then-Attorney General Jeff Sessions recused himself from overseeing it. Rosenstein appointed Mueller as special counsel in May 2017 — one day after it was revealed that former FBI Director James Comey, who Trump had fired days earlier, said that the president had asked him to drop any investigation into Michael Flynn, who was Trump's national security adviser at the beginning of his term. News of Trump's request spurred Democrats, and even some Republicans, to call for a special prosecutor to lead the investigation.

Following the news of Mueller's appointment, Trump reportedly asked Sessions and asked why he could not protect him as previous attorneys general Robert F. Kennedy (who worked for John F. Kennedy and Lyndon Johnson) and Eric Holder (who worked for Barack Obama) had protected the presidents they served. Trump, according to the special counsel's report, said, "Everyone tells me if you get one of these independent counsels it ruins your presidency. It takes years and years and I won't be able to do anything. This is the worst thing that ever happened to me."

Mueller's appointment clearly marked the end of what had once been a very close friendship between Trump and Sessions, who first met when Trump was still best known as a real estate tycoon and Sessions was a U.S. senator from Alabama.

After Sessions heard Trump scathingly describe how much the United Nations was going to charge the United States for renovations, he asked the future president to testify before Congress as an expert witness. Sessions later described Trump's statements as "the most impressive congressional testimony I’ve ever heard," cementing his alliance with the aspiring political leader.

Sessions soon became an informal adviser to Trump, as well as one of the first sitting senators to endorse his 2016 presidential campaign. Trump rewarded Sessions by appointing him as attorney general, but the bromance didn't last. After Sessions recused himself from overseeing the investigation, largely due to his own undisclosed contacts with Russians while he worked on the Trump campaign, the president soured on him. Trump repeatedly insulted Sessions and criticized the latter's decision to recuse himself from the probe, even as Sessions implemented policies and initiatives that were cornerstones of the president's campaign, such as expanding "religious liberty" exemptions from discrimination law and cracking down on illegal immigration.

At various times, Trump reportedly declared, "I don't have an attorney general" and blasted Sessions' alleged inability to "control" the Justice Department as "regrettable." He also reportedly described Sessions as "mentally retarded" and a "dumb Southerner."

Sessions later defended himself by saying, "While I am attorney general, the actions of the Department of Justice will not be improperly influenced by political considerations. I demand the highest standards, and where they are not met, I take action."