The Mueller Report has become the left's Benghazi

The longer the left focuses on it as proof that Trump should be impeached, the closer he gets to reelection 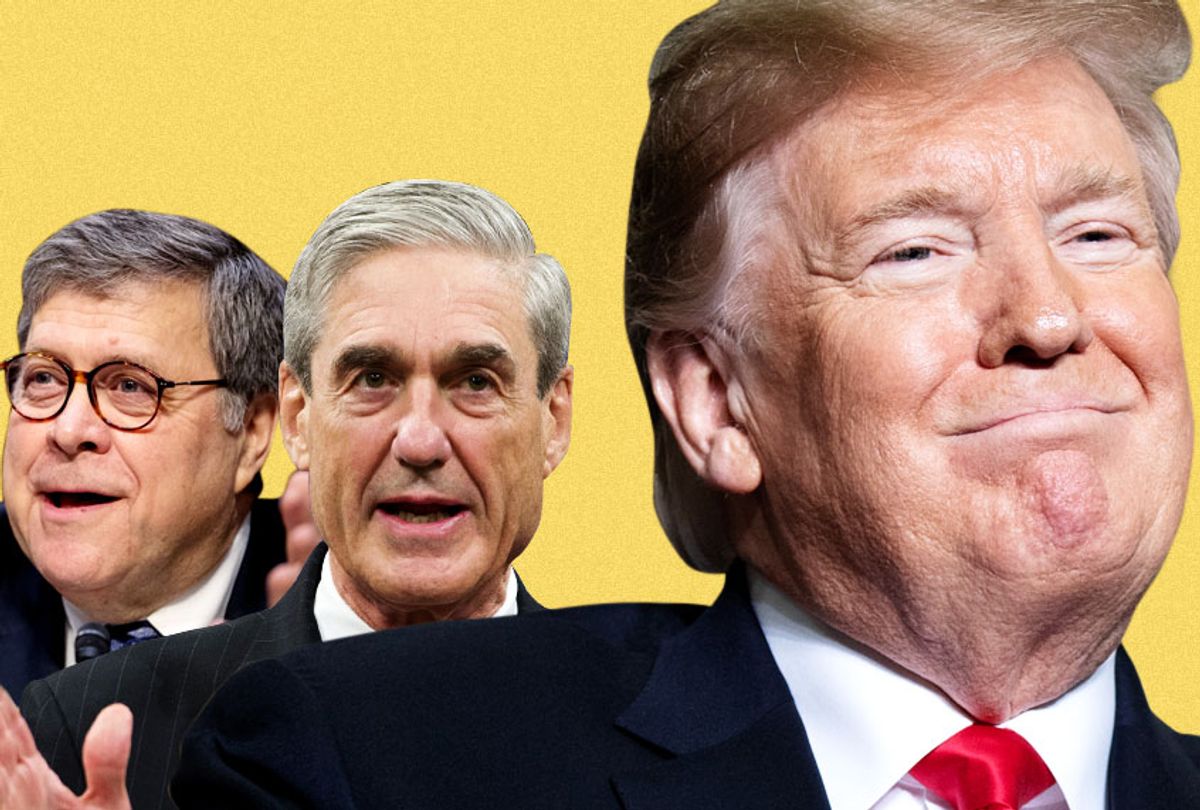 It’s here. Finally. Or at least a highly redacted version if it. The long-awaited Mueller Report came in Thursday, leading to a virtual celebration among left wing pundits and politicians who clamored that there was now proof that Donald Trump’s administration is corrupt, unhinged, unethical and impeachable.

But seriously, who exactly is surprised by any of the findings in the Special Counsel investigation? Sure, there are a few unexpected details, but overall there is nothing in the report we didn’t know already. The fact that we are seeing stories run that Trump went on an expletive-heavy rant when he heard that Robert Mueller would be hired are almost laughable. Of course, he swore. He does it on Twitter regularly.

Wow, Sarah Huckabee Sanders lied! Who imagined that? Has anyone forgotten what she has literally been doing on live television every time she steps behind the podium?

Try this exercise. Scroll through the headlines coming out of the report and ask yourself if there is any piece of information that has not already been covered in the press in some form. Then ask yourself why these headlines run like they have just discovered that the Trump administration is corrupt, unethical, unprofessional, self-serving and in total chaos. What a shock!

Now, I want to be clear. I am not saying that the Mueller Report isn’t important. Nor am I saying that it shouldn’t be followed up on. What I am saying is that the glee with which the findings are being covered and debated is absurd. The outrage seems ridiculous. From cable news to print journalism, the coverage is too excited and too amazed to be taken seriously.

And it is making the left look like the right did when they were obsessing over Hillary Clinton and Benghazi. Back when Hillary Clinton was running for office, the right literally could not stop talking about Clinton’s emails and her supposed failures as Secretary of State when the embassy in Benghazi was attacked. It was incessant. And it made the right look like toddlers refusing to stop throwing a temper tantrum.

To be clear, I am also not saying that the two situations are identical; I am saying that the hysteria is. And the hype and sensationalism matters.  Because now the left and the so-called truth-driven news media looks an awful lot like the right did when they couldn’t stop trying to discredit Clinton by endlessly fretting over Benghazi.

Here’s the thing. While the Mueller Report has literally been filling up the airwaves and offering Trump resisters a fantasy solution, the Democrats have not been getting it together and they have not been mobilizing potential voters.

As political news junkies are glued to CNN, the energy is being pulled away from the candidates and toward the current administration. And the conversation is less about better politics and platforms than those offered by Trump and his team, and more about the Trump team's lack of a moral compass, their disrespect for U.S. institutions and their corruption.

That approach is not going to help keep Trump out of office in the 2020 race. Recall that well before Trump won, every single despicable trait of his that is now further documented in the Mueller Report was already on full display. It made no difference then and it won’t the next time around either.

If we don’t want the Mueller Report to be the left’s Benghazi, then we are going to have to stop excitedly obsessing over it. Because the more we do that, the more we sound like the very people we hope to vote out of power.