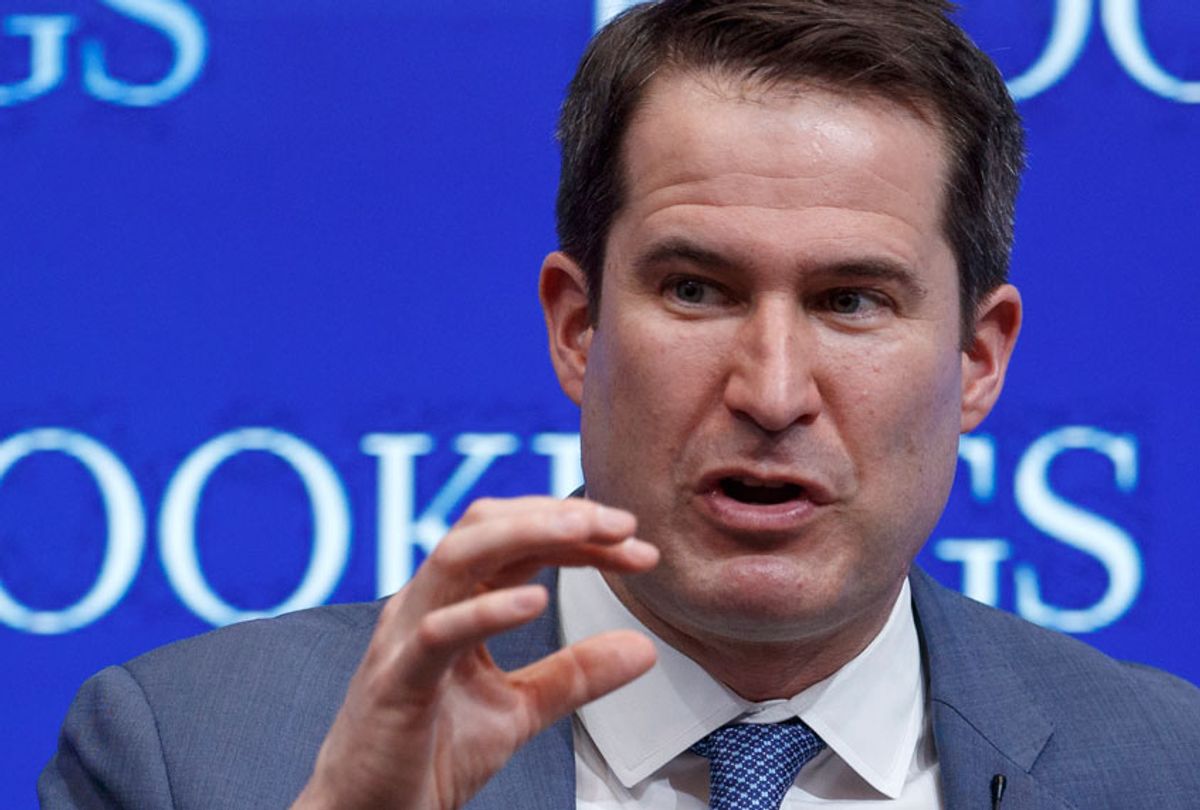 Rep. Seth Moulton, D-Mass., announced on Monday that he is seeking the Democratic presidential nomination in 2020.

"I was first called to service in my college church by a minister who's the greatest mentor I ever had," Moulton's video begins, showing a picture of the Reverend Peter Gomes. "He talked a lot about the importance of service, about how it's not enough to just believe in service. You got to find a way to give back yourself."

After describing his career in the Marines, where he served four tours in Iraq, Moulton discusses learning "that the war was based on a lie about Saddam's weapons of mass destruction."

From there, Moulton says he decided to run for Congress, because he realized a lot of Americans felt betrayed by Washington – similar to how he and many of his fellow soldiers felt betrayed in Iraq. He cites unemployment, the opioid epidemic, poverty and starvation as major issues, then details his upset victory over 18-year incumbent Rep. John F. Tierney in the Democratic primary to represent Massachusetts' 6th congressional district.

"When the president tweeted that this is the greatest political witch hunt in American history, I just said, ‘As the representative of Salem, Massachusetts, I can assert this is false,’" Moulton says to laughter in a clip from a speech shown in his announcement video.

Moulton then proclaims, "Decades of division and corruption have broken our democracy and robbed Americans of their voice. It's all led to an administration that's turned away from our values and is shredding our moral authority."

He adds, "The greatest generation saved our country from tyranny. It's time for our generation to step up and do the same."

"I spent years of my life carrying guns every single day as a Marine," Moulton intones, "but weapons of war have no place on our streets or in our schools."

The Massachusetts congressman garnered considerable attention after the 2018 midterm elections when he opposed Speaker Nancy Pelosi's bid to resume the Speaker of the House position that she held from 2007 to 2011, according to NPR. Moulton argued at the time that the Democratic Party needed a new generation of leaders, a point he reiterated on ABC's "Good Morning America" on Monday.

"I'm running because I'm a patriot, because I believe in this country and because I've never wanted to sit on the sidelines when it comes to serving it," Moulton explains. "That's why I joined the Marines. It's why I ran for Congress to try to prevent what I saw got us into Iraq from happening again, and it's why I'm running to take on the most divisive president in American history to bring this country back together."

"At a time when Democrats need to be united in order to save our democracy, we are dismayed to see our congressional representative leading a divisive campaign to undermine Nancy Pelosi’s bid to become speaker of the House. The American people sent a clear message at the midterm elections that we want women and people of color to lead us. We do not want Seth Moulton’s group comprised mainly of white male centrists to select the next Speaker of the House," a press release written up by two protesters said back in November.