Americans still shame girls for growing into women, as evidenced by the reaction to Arya on "Game of Thrones" 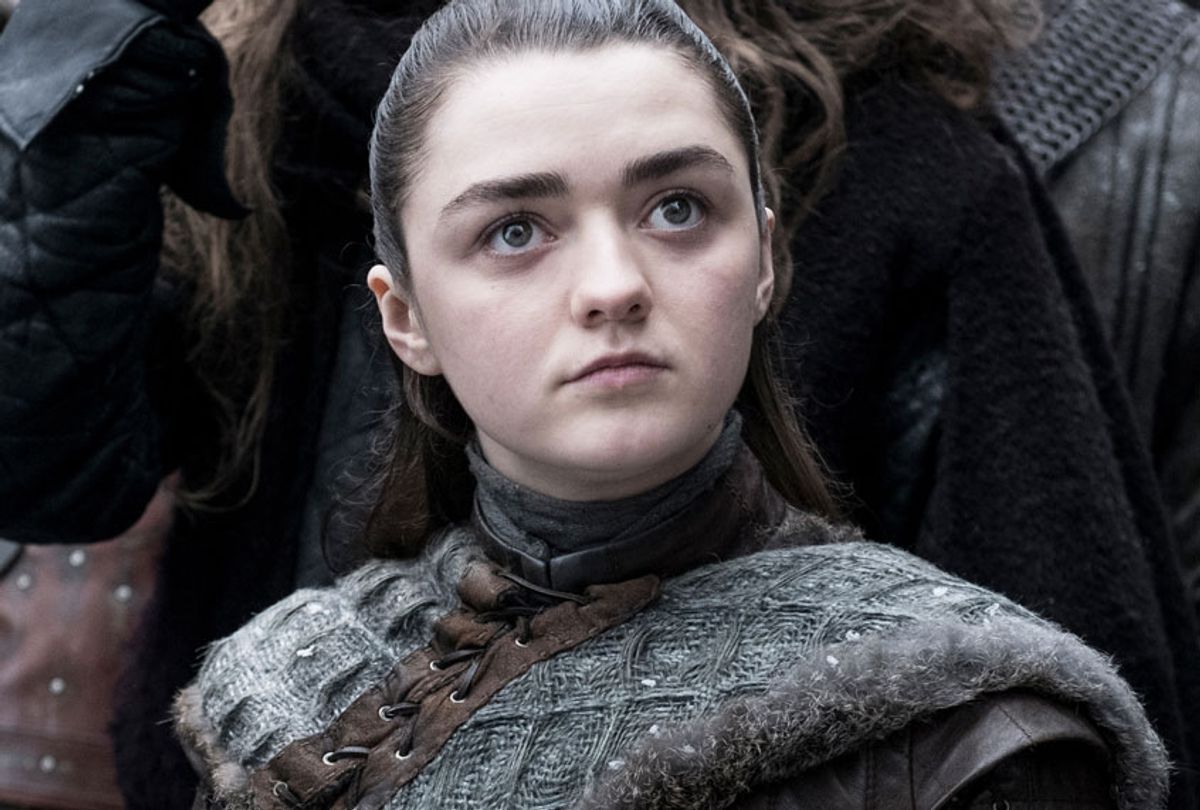 Like many other "Game of Thrones" fans, including my colleague Rachel Leah, my initial reaction to last Sunday's sex scene involving Arya Stark was initially one of shock that the show was, you know, going there. Oh sure, I expected some flirting and some light making out between Arya and her long-time crush Gendry. But I did not, like many viewers, expect young Arya to get after it like she did, aggressively seducing Gendry and stripping down naked in front of the camera, albeit in a shot that was surprisingly tasteful for a show that has been infamous in the past for sexploitation.

My mind sprung through all the rationalizations to justify my discomfort: I don't know if she's old enough! Even if she is, she started off on the show as a child, making this weird! We're not used to thinking of Arya that way! Couldn't they have been more coy about the whole thing?

But pretty quickly, I recognized those thoughts for the excuses that they were. The actress, Maisie Williams,  is a grown adult of 22 and her character is plenty old enough to know her own mind when it comes to sex. (After all, Arya is older than Bran, a character that was literally just described as having grown into a man in the last episode.) And in a show where everyone, including her brother Jon Snow, gets naked for the camera, it would be paternalistic to turn away from Arya's moment in the sheets.

And as for an unwillingness to accept that a girl I once knew as a child is an adult woman now, that was the worst hypocrisy of all. As a feminist writer, I've spent more than a decade railing against the "purity" double standard that congratulates men for having sex while treating women's sexual behavior as dirty. And one of the most common ways that standard is enforced is treating an "innocent" girl's maturation into an adult woman as a tragedy, as if merely growing into sexual maturity degrades her personhood.

This double standard is everywhere in our society. Sex education and reproductive health care for younger people still falls short all over the country, because so many adults assume such things violate the "innocence" of young girls. Condoms are relatively easy to get, but when feminists tried to remove age restrictions on female-controlled contraception such as Plan B, they met widespread political resistance. And 37 states require parental notification or consent for a girl under 18 to get an abortion, even though the average age for first sexual intercourse is 17.

Refusing to accept that girls grow up is often treated not as the oppressive force that it is, but as something cute or comical. Take former Vice President Joe Biden, for instance, suggesting a young man had a duty to "to keep the guys away from your sister." Or the multitude of T-shirts with jokes about fathers murdering their daughters' boyfriends. Built into this joke is the assumption young men wanting sex is normal and expected, but if a young woman does it, she's ruined.

We all swim in these cultural messages — my own dad made jokes about carrying a gun around when boys came calling — so it's no surprise that my own lizard brain recoiled at the image of Arya expressing her sexuality so assertively onscreen.

But that is an unfair impulse, and so I'm calling myself and everyone else out for our discomfort and calling on us all to do better about supporting young women, even fictional young women, who take charge of their own sexuality.

It's hard not to suspect that a great deal of audience discomfort with Arya's scene came not from the actor's naked body, but from the character's naked desire. Arya initiates the sex talk, and when Gendry accedes, she claws at his clothes like a woman who has been dreaming of this day for years — which is what she is. There was none of the coyness that women are expected to display. Instead, as with most things, Arya is a woman who knows what she wants and goes after it with abandon.

The scene should be celebrated for its feminism. For one thing, it's a model of enthusiastic consent, and completely stomps the ridiculous but still widespread idea that it somehow kills the mood for people to use the spoken word to ask for sex. And Arya doesn't have to be something she's not — more feminine, more demure, more ladylike — to get the male affection she wants. Arya has no time for fancy boys, but likes to get down with a sweaty weapons smith, and there is nothing wrong with that.

This feminism is why I'm not particularly worried that this scene might read as permission to the men in the audience who want to leer at teen girls like creeps, which is always a concern. Men who like the "Lolita" fantasy — and who all too often harass teen girls in the real world — like the idea of violating a girl's "innocence." But Arya isn't innocent. Nor should we demand that she should be.

"Game of Thrones" has always been smarter about gender and sexism than many fans have understood. (See the way that Sansa Stark, long dismissed as a bimbo because she's more feminine than her sister, turns out to be one of the smartest characters on the show.) And Sunday night's episode showed this yet again, by confronting one of the most entrenched sexist taboos,  against letting girls — especially tomboyish girls — grow into women.

Yes, it was startling. But hopefully Arya's scene with Gendry, and our reactions to it, will kickstart a conversation about how screwed up it is that we expect girls to stay children for far longer than we expect it of boys. Arya has traveled the world, killed dozens of men, and now will be fighting a zombie army. She's not a child anymore, and expecting her to be is unfair to her and to all young women who have a right to leave childhood behind.