Michael Cohen rips Trump's attacks on his credibility: "Does anyone doubt he has something to hide?"

When Cohen testified before Congress in February, he alleged that President Trump had exaggerated his net worth 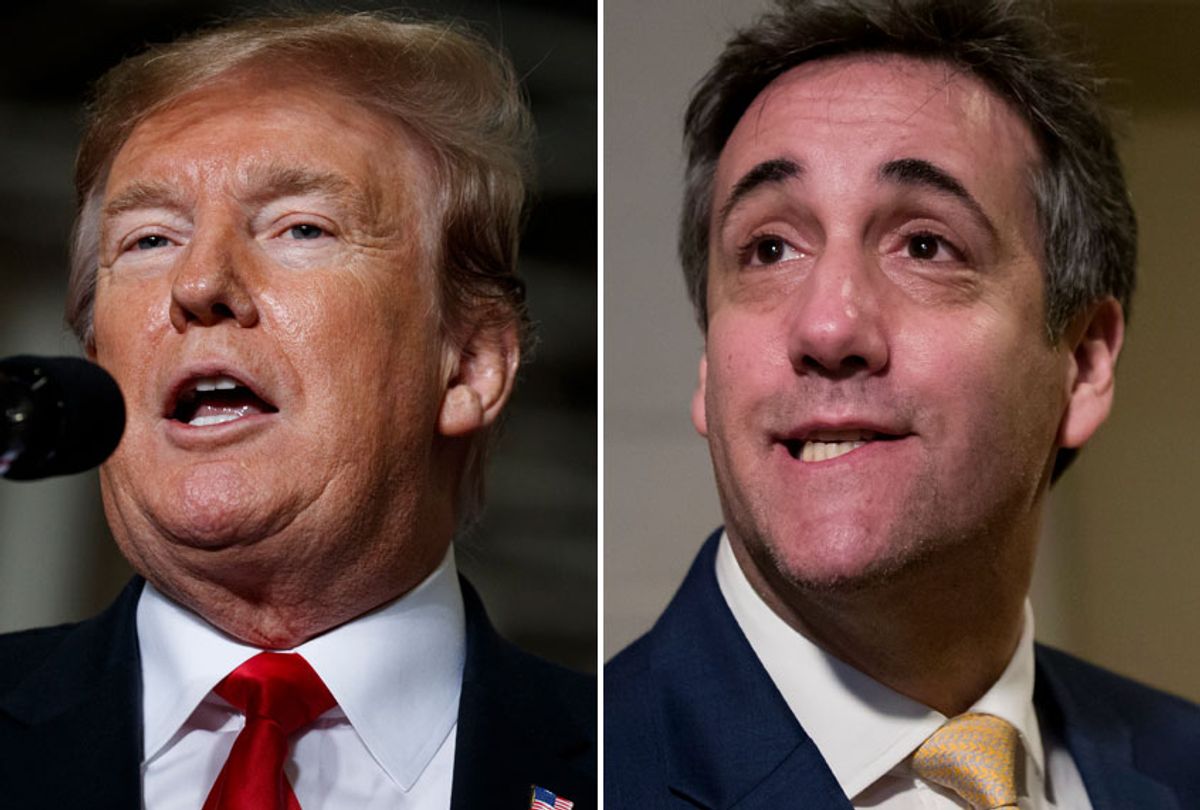 Maryland Rep. Elijah Cummings, chairman of the House Oversight Committee, has subpoenaed President Donald Trump’s financial records—and the president has angrily responded with a civil lawsuit against Congress that names Cummings as a defendant. In the lawsuit, Trump attacks the credibility of his former personal attorney and fixer, Michael Cohen, who has responded that Trump obviously has “something to hide.”

In an official statement issued through his attorney, Lanny Davis, Cohen asserted, “We trust that the courts will deal with all issues fairly on the merits. We won’t dignify the personal accusations in the filings except to say that frivolous things said by frivolous people don’t deserve a serious response. The reasons for Mr. Trump’s desperate attempt to prevent his tax returns from being made public, like all prior presidents, is no mystery. Does anyone doubt he has something to hide?”

When Cohen publicly testified before Congress in February, the 52-year-old attorney alleged that Trump had exaggerated his net worth. And Trump, in his lawsuit against Congress, attacks Cohen’s credibility by describing him as “a felon who has pleaded guilty to lying to Congress.”

In 2018, Cohen pled guilty to a variety of crimes in federal court, ranging from bank and tax fraud to campaign finance violations to lying to Congress about the Trump Organization’s plans to build a Trump Tower Moscow in Russia (a project that was abandoned in 2016). Cohen was sentenced to three years in federal prison and is due to begin his sentence in May.

Cummings has also spoken out on Trump’s lawsuit against Congress. The House Oversight Committee chairman stated that Trump “has a long history of trying to use baseless lawsuits to attack his adversaries, but there is simply no valid legal basis to interfere with this duly authorized subpoena from Congress. This complaint reads more like political talking points than a reasoned legal brief, and it contains a litany of inaccurate information.”

Judge Andrew Napolitano, legal analyst at Fox News, discussed Trump’s lawsuit on Monday. The libertarian judge, who often parts company with his colleagues at Fox when he feels it’s appropriate, explained that Congress must show that it has a specific purposefor subpoenaing a president’s financial records—and that Congress cannot do so simply because Trump is the president. But for Congress, demonstrating that it has a legitimate reason for demanding information, Napolitano stressed, has a “low threshold.” And the judge predicted that if Congress could show it had a legitimate purpose for demanding Trump’s financial records, the House’s subpoena will be allowed to “go through.”