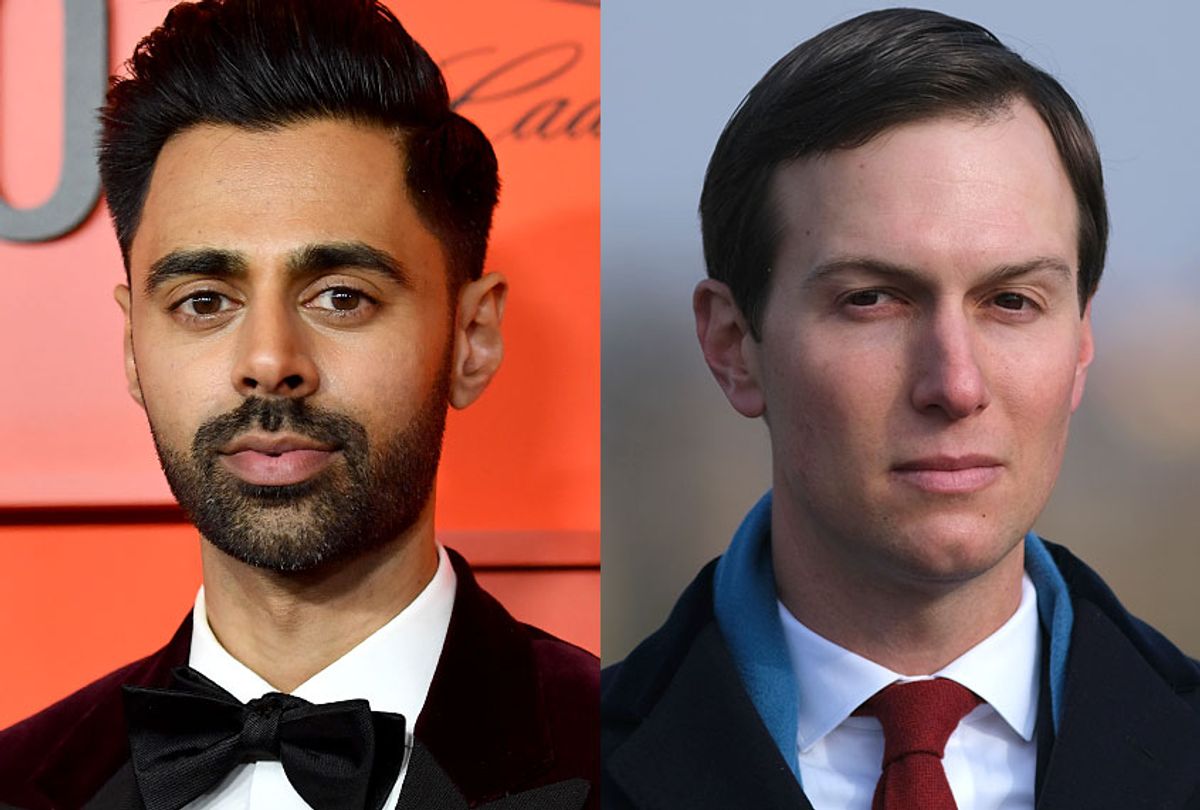 "I know there’s a lot of very powerful people here, and it would be crazy if there was a high ranking official in the White House that could WhatsApp MBS and say, ‘Hey maybe you could help that person get out of prison because they don’t deserve it.' But hey, that person would have to be in the room. It’s just a good comedy premise," Minhaj told the audience during a toast, according to Time Magazine.

The person that Minhaj was referring to in his toast was Loujain Al-Hathloul, who Minhaj accurately described as "a Saudi activist who helped fight to lift the women’s driving ban, and she is currently in prison. She cannot be with us here tonight. She has been tortured."

After the toast, he explained to Time Magazine that he was sincere in his request, despite the comedic manner in which he chose to convey it.

"I was just hoping he could send a WhatsApp message. [It could say] hey, this person has been fighting for civil liberties for all people. Maybe you should let them out of prison," Minhaj told Time Magazine.

Minhaj also used his speech to reference another dispute between himself and the Saudi Arabian government — namely, its role in the murder of Washington Post journalist Jamal Khashoggi.

"We did an episode from Saudi Arabia, if anyone from the kingdom is here, hey, I’m sorry," Minhaj said. "But yeah, yeah, yeah, after the murder of Washington Post journalist Jamal Khashoggi, I came in, I had a super hot take, I was like “Murder’s bad,” and then the kingdom didn’t like it, they pulled the episode, they banned me from The Mecca, not Madison Square Garden, there’s a place called The Mecca, it’s Muslim, you know what it is. So I can’t do that anymore."

Kushner's close relationship with the Saudi crown prince has come under intense scrutiny since Khashoggi's murder. Even though the Trump administration has attempted to downplay the relationship, reports have revealed that the two men continue to chat informally despite Mohammed bin Salman's role in ordering Khashoggi's to be killed for his articles criticizing the Saudi regime.

Saudi Arabia's human rights violations have continued unabated despite the increased scrutiny facing that country. The government has already executed more than 100 people in the first four months of 2019 and is on track to kill more than 300 people this year, according to the Detroit Free Press. The most recent was Mujtaba al-Sweikat, a Saudi Arabian man who was arrested when he was 17-years-old in 2012 as he prepared to begin his studies at Western Michigan University. He was arrested for allegedly attending a pro-democracy rally during the Arab Spring movement, and was beheaded by the Saudi government on Tuesday.

"The violent killing of Mutjaba al-Sweikat is disturbing," Rep. Debbie Dingell, D- MI., said in a statement. "Mutjaba had a bright future ahead of him and Michigan was prepared to welcome him as a student. Instead, he faced inhumane torture and pain ultimately leading to his execution.

She added, "Every human, regardless of where they may be in the world, should have the right to speak openly without fear of persecution or death. Right now, I stand in unity with Mutjaba’s family and friends. I will never stop speaking up for all who promote free speech and due process around the world."

“I will continue to put pressure on [MBS] privately,” he vowed in an interview with The New York Post.