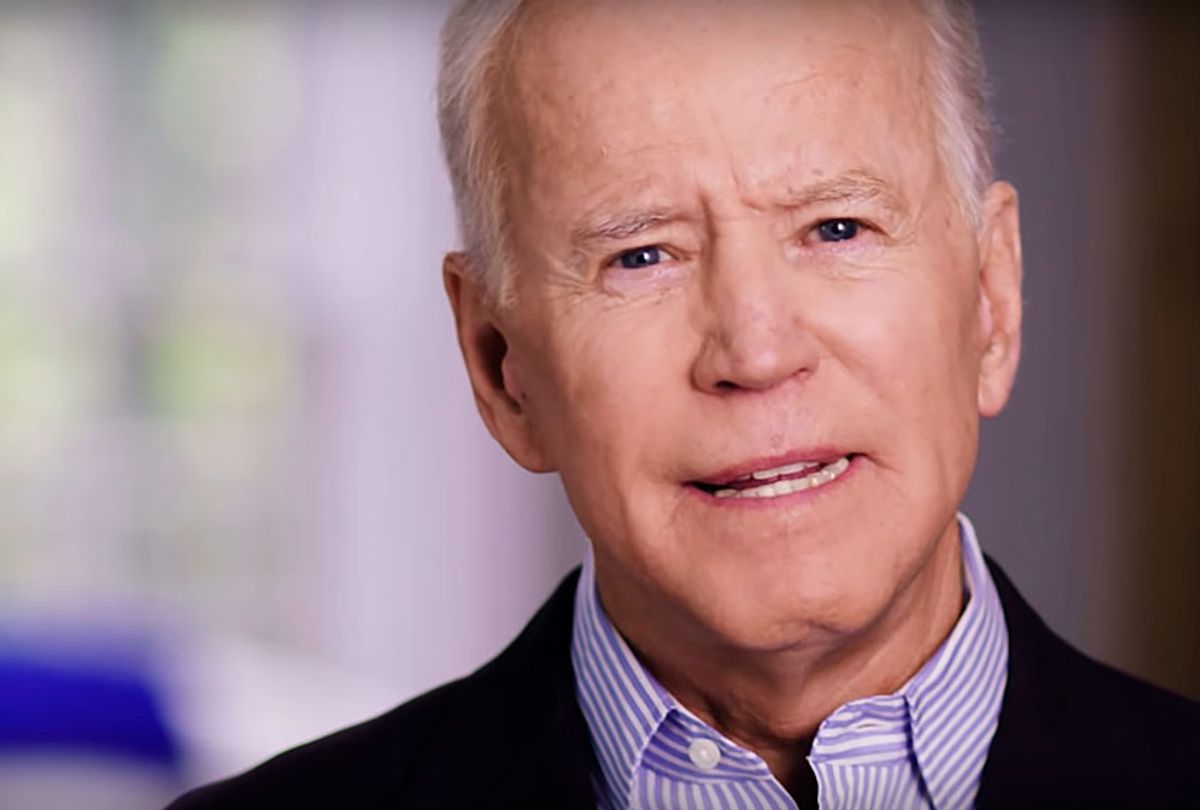 Former Vice President Joe Biden announced on Thursday that he is seeking the Democratic presidential nomination in 2020.

In his campaign announcement video, Biden cited President Donald Trump's reaction to the white supremacist demonstration in Charlottesville from 2017 to craft a rationale for his campaign.

"Charlottesville Virginia is home to one of the great documents in human history," Biden says at the beginning of his announcement. "We know it by heart. 'We hold these truths to be self-evident, that all men are created equal, endowed by their Creator with certain inalienable rights.' We've heard it so often it's almost a cliche, but it's who we are. We haven't always lived up to these ideals. Jefferson himself didn't. But we have never before walked away from them."

He adds, "Charlottesville is also home to a defining moment for this nation in the last few years. It was there on August of 2017 we saw Klansmen and white supremacists and neo-Nazis come out in the open — their faces crazed, illuminated by torches, veins bulging and bearing the fangs of racism, chanting the same anti-Semitic bile heard across Europe in the 30s. And they were met by a courageous group of Americans. And a violent clash ensued. And a brave young woman lost her life. And that's when we heard the words of the President of the United States that stunned the world and shocked the conscience of this nation. He said there were, quote, 'some very fine people on both sides.'"

After condemning Trump for "assigning moral equivalence" between white supremacists and individuals opposed to it, Biden argus that "in that moment I knew the threat to this nation was unlike any I had ever seen in my lifetime."

He later adds, "I believe history will look back on four years of this president and all he embraces as an aberrant moment in time. But if we give Donald Trump eight years in the White House, he will forever and fundamentally alter the character of this nation — who we are — and I cannot stand by and watch that happen."

Although Biden is currently the frontrunner both in the Democratic field and in a hypothetical match-up against Trump, based on the latest Morning Consult poll, a number of controversies have emerged about his candidacy. The most notable are the multiple women who have come forward to describe occasions when Biden touched them in ways that made them uncomfortable; although he has not been accused of sexual misconduct, the accusations raised questions about whether he had sufficient respect for women's personal boundaries.

Biden has also been criticized for many of the past positions he has taken on important issues, indicating that he may be out of step with the modern Democratic Party. This includes supporting President Bill Clinton's controversial 1993 anticrime bill, which contributed to mass incarceration in this country, as well as many of President Ronald Reagan's conservative economic policies. The former vice president also had a plagiarism scandal which emerged during his 1988 campaign for the presidency, one that could become problematic for him in his new campaign.