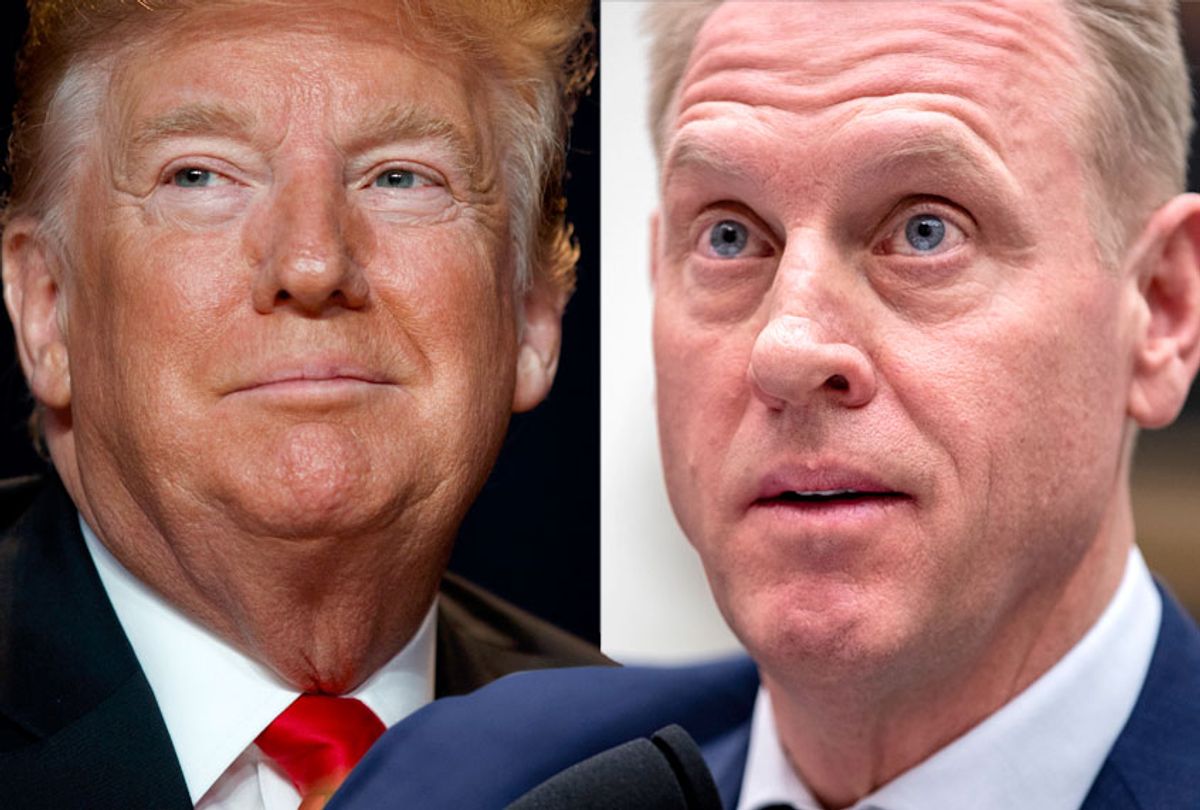 Acting Secretary of Defense Patrick Shanahan was cleared in a Pentagon probe into allegations that he had unethically used his position to promote the interests of Boeing, his former employer.

"The Office of Inspector General took these allegations seriously, and our 43-page report of investigation, which we released today, describes our conclusions and the facts on which they are based. The evidence showed that Acting Secretary Shanahan fully complied with his ethical obligations and ethical agreements with regard to Boeing and its competitors," Glenn Fine, the official from the Inspector General's office who oversaw the investigation, explained in a statement, according to CNN.

Shanahan was accused by an ethics watchdog group called Citizens for Responsibility and Ethics in Washington of using his position to Boeing competitors to his subordinates, an action that if it had happened could have been connected to Shanahan working at Boeing for more than 30 years. The report mentioned a number of accusations against Shanahan, including a trio of allegations from staffers of Sen. Elizabeth Warren, D-Mass., accusing Shanahan of pressuring Military Services to purchase Boeing aircraft.

"On February 7, 2019, a Senate Committee on Armed Services attorney forwarded an anonymous allegation to the DoD OIG that asserted Mr. Shanahan violated ethics rules by promoting Boeing," the report wrote.

It added, "For example, the allegation stated that Mr. Shanahan tried to force the Commandant of the Marine Corps, General Robert Neller, to buy Boeing F/A-18s, and threatened to cut other Air Force programs unless the Air Force Chief of Staff, General David Goldfein, supported buying Boeing F-15Xs."

The Office of Inspector General concluded, however, that there was "no evidence" that Shanahan had actually attempted to pressure "General Neller, General Goldfein, or anyone else, about purchasing F-15 or F/A-18 aircraft, as alleged."

During his career at Boeing, Shanahan earned the nickname "Mr. Fix-It" because of his ability to turn failing programs into successful ones, such as the 787 Dreamliner. He served in a number of positions while working there, including as Boeing's senior vice president of supply chain and operations and as vice president and general manager of two of the company's defense divisions, Boeing Missile Defense Systems and Rotorcraft Systems.

Yet although Shanahan reportedly considers himself to be a frontrunner for a permanent slot as Secretary of Defense, the Inspector General's report hasn't fully alleviated concerns about his close relationship with a top defense contractor. There are also concerns about his willingness to support some of Trump's more outlandish proposals, raising questions about possible sycophancy. As The New York Times reported last year:

When it was first announced last spring, President Trump’s proposal for a new Space Force was resisted by the Pentagon and ridiculed by late-night comics who envisioned Luke Skywalker in the military. But it found a champion in Patrick M. Shanahan, the deputy secretary of defense who will soon become the Pentagon’s acting chief.

“We are not the Department of No,” Mr. Shanahan told Pentagon officials after Space Force was announced, arguing that it was a presidential priority and could help develop new military capabilities more quickly. “There is a vision, and it makes sense.”