Democrats need to handle the heat in order to beat Trump in 2020. Can that be done without demonizing them? 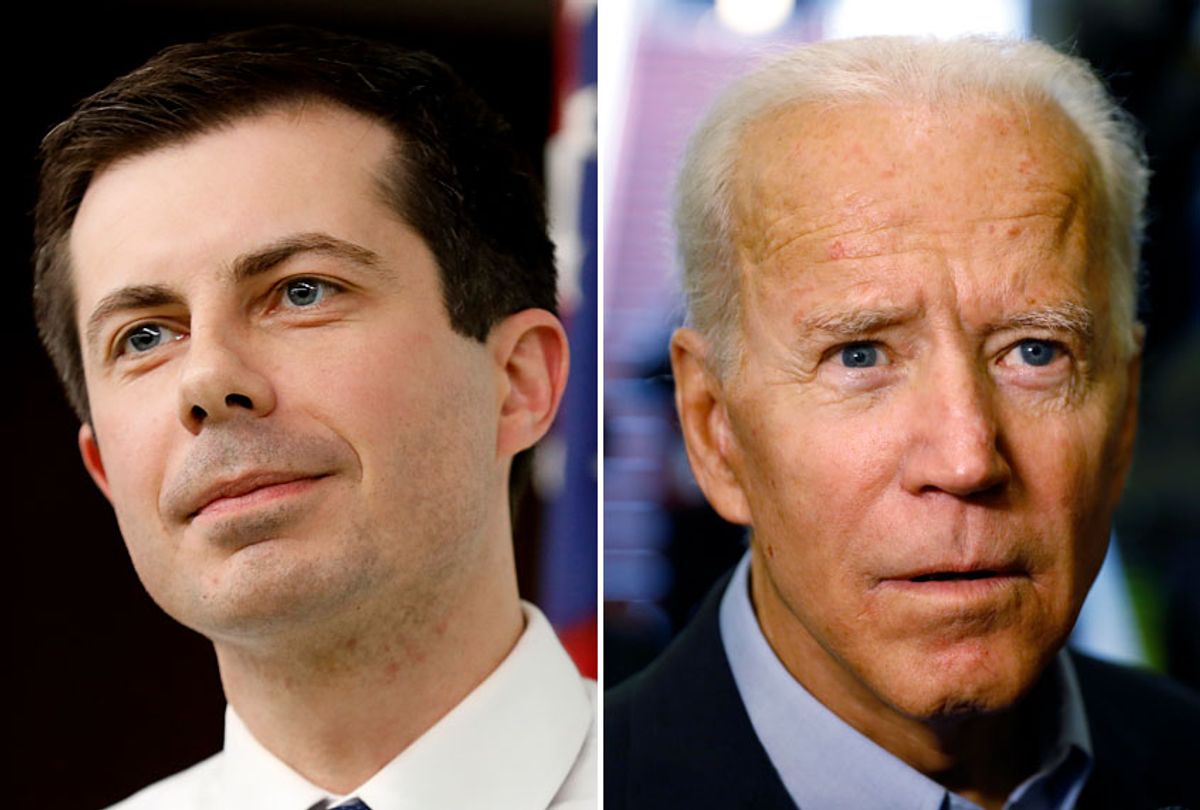 As April draws to a close, there are now 22 Democrats — at least Democrats of note — running for the party's presidential nomination in 2020. With a field that large, it's inevitable that both voters and pundits, hoping to whittle down the field to a few frontrunners, will be focused on the most prominent flaws the various candidates possess.

But this process is clearly starting to cause some anxiety, as anyone who offers criticism of Democratic candidates on social media can attest. A number of Twitter liberals have taken it upon themselves to police and denounce folks who criticize any and all Democratic candidates, on the grounds that such criticisms need to be stifled for the good of the party and the need to beat Donald Trump in 2020.

It's understandable that people feel this way. There is no doubt that the escalating hostilities of the 2016 Democratic primary — which were fed by Russian propagandists and WikiLeaks pushing conspiracy theories — caused at least some Bernie Sanders voters to develop an outsized hated of Hillary Clinton, stifling Democratic turnout in key districts. There is also no doubt that the Russians will try to pull similar tricks this time around, passively assisted by the Trump administration's refusal to fight such efforts.

But on the flipside, even if it were possible to silence all criticism of the Democratic candidates — which it's not — that, too, could help Trump win in 2020, by making it likely that the Democratic nominee would be someone with all sorts of unexplored weaknesses that Trump's campaign will happily exploit.

Even harsh criticism, especially at this early stage, can play a crucial role in vetting this huge roster of candidates. Not only can criticism help voters gravitate away from candidates with significant flaws that will hurt them in the general election, but criticisms can help the eventual nominee identify what their weak spots are, so they can be prepared for Trump's inevitable attacks.

So progressives are faced with an interesting dilemma: Is there a way to vet the candidates thoroughly during the primary process without doing serious damage to the eventual nominee's reputation?

With former Vice President Joe Biden finally making his formal announcement this week, this tension point is rising. Biden has done much to make up for his past sexist behavior, but he is apparently unwilling to make a true apology to Anita Hill for the role he played in railroading her during the 1991 confirmation hearings for Supreme Court Justice Clarence Thomas. Biden also appears to view it as a joke that women have complained about his overly handsy behavior. But whenever he's criticized for this — especially by feminist writers — there's a dogpile of men ready to declare that Biden's critics need to silence themselves lest they hurt Biden in the general election against Trump.

This problem is most pronounced in Biden's case, in no small part because it's tied up with a lot of male anger at women for criticizing sexist behavior in general. But the same anxieties flare up when any criticism, legitimate or otherwise, is offered for most of the Democrats in the field.

But trying to silence criticisms of the candidates is a lost cause. Even if most Democrats agree to do it, nonpartisans, Republicans and trolls will not hold themselves back.

Sen. Elizabeth Warren's record of identifying with her (somewhat distant) Native American ancestry will definitely be an issue Trump harps on if she gets the nomination. Sen. Kamala Harris will absolutely hear questions about why, as a California prosecutor and attorney general, she tackled issues like sex work, school truancy and marijuana with a punitive approach that's out of step with current progressive thinking. Sen. Bernie Sanders will be dogged by tapes of him praising the Soviet Union in a way that makes him look like a communist sycophant. Beto O'Rourke and Pete Buttigieg really do have centrist attitudes that undercut the supposedly youthful vision that they claim to bring to the race. Sen. Cory Booker really is dating actress Rosario Dawson, though whether that hurts or helps him remains to be seen.

It's tempting to believe that by being vewy, vewy quiet about these flaws right now, Democrats can stop Trump, Fox News and the Russian propaganda troops from whipping them out at an inopportune time in the summer or fall of 2020. But there is absolutely no reason to think Trump will display that kind of restraint, when he never has before in his life. Trump has no positive argument to make for himself, so his best hope will be to exaggerate whatever flaws his opponent has, in hopes of driving down turnout on the left.

It's also not unreasonable to worry that the media will make mountains out of molehills, as happened in 2016, when Hillary Clinton's email server management somehow became a bigger scandal than Trump's sleazy relationships with Russian oligarchs, his history of being accused of sexual misconduct, his tax fraud, his fraudulent university, his fraudulent charity, etc.

But no amount of self-censorship from progressives will change the fact that journalists will write stories highlighting Democrats' flaws — even if we can hope that the 2016 debacle will teach them to recalibrate how much attention to pay those flaws — nor should it, as journalists have a duty to share information, not conceal it. But by discussing the candidates' flaws early, maybe we can generate more real discussion about how important the flaws really are, and thereby lessen the chances of minor things getting blown out of proportion in 2020.

The only thing Democrats and their supporters can do right now is this: Know that all this is coming and be ready for it. And right now, when there are so many candidates in the race, is the time for the as thorough a vetting as possible, so any and all possible lines of Republican attack can be anticipated and prepared for. Candidates who are too hobbled by problems -- whoever those may be! -- need to get the boot. Those who make the cut will better understand what criticisms they're in for and will have sharpened their responses to it.

All that said, of course it would be better if people could focus their criticism on actual behavior rather than leaning heavily on meaningless insults, like "neoliberal" or "corporate shill." So much of what tanked Hillary Clinton in 2016 was not legitimate criticisms of her actual flaws, especially as she went to great lengths to address those criticisms. It was that she was being demonized with ugly labels that she didn't deserve. Flaws can be overcome. But if someone is redefined as somehow fundamentally evil in a voter's eyes, there's little that can be done to fix that.

The stakes — defeating a president who locks children in cages and appears to be an actual criminal — are unbelievably high, so it's no surprise that tensions are high, as well. Somehow Democratic voters have to get past the bad habits of 2016, where criticisms of candidates like Sanders and Clinton bloomed into full-on loathing that would have damaged the nominee no matter who it was. But refusing to criticize any candidates for any reason also is not the answer, as that will only create vulnerabilities Trump's campaign will gladly exploit.

Democratic voters will have to learn to vet without getting into ugly and personal fights, and to criticize without demonizing. (Unless we're talking about a grifter like Rep. Tulsi Gabbard, who has no chance anyway.) That's a big ask, but the alternative is making re-election much easier for Donald Trump. So there's no choice for progressives but to do better at this. If we can't, all is lost -- for a long time, and maybe forever.