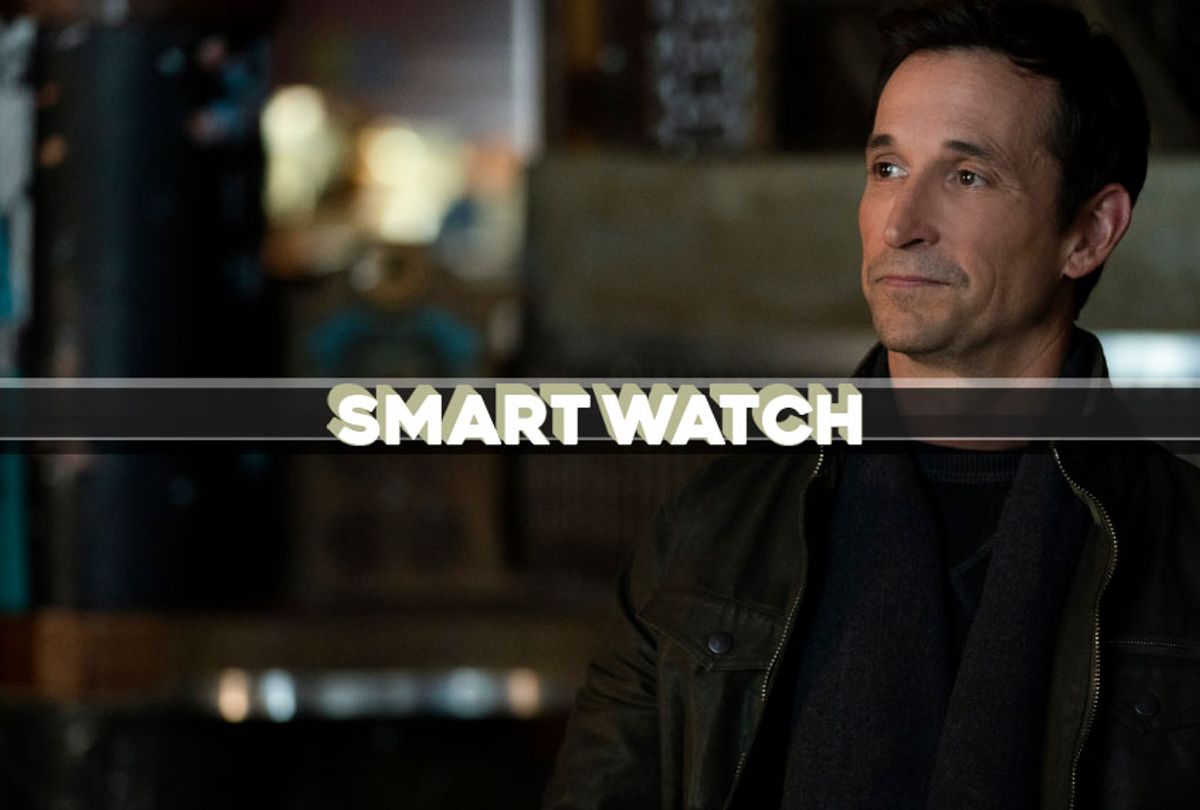 Sometimes you can tell when a broadcast network knows it has a worthwhile, emotionally triumphant and potentially award-winning project that, owing to its subject matter, is likely to be a tough sell. “The Red Line,” an eight-episode drama that follows three Chicago families connected by the fatal shooting of an unarmed black man, would firmly fall into this category no matter which network aired it.

But its home is on CBS, a network recently accused by a former executive as having “a white problem,” which isn’t too hard to believe if you look at several seasons’ worth of its programming. The top-rated broadcaster made a conscious effort to topline people of color in a number of its new shows for the 2017-2018 season — one season’s worth of inclusion.

It’s a start. It also follows a long stretch of shows centered upon white male leads with a rotating roster of supporting characters of color.

It merits pointing out these facts because “The Red Line,” which lists Greg Berlanti and Ava DuVernay among its executive producers, is a multi-faceted examination of systemic racism as it is manifested in various structures: politics, the justice system, and socioeconomic class.

Chicago remains one of the most segregated cities in the nation, and the title refers to the elevated train line that connects the northernmost part of the city, home to commuters from wealthy suburbs to the downtown core.

It continues to the deep South Side, where the majority of the city’s African American population lives in neighborhoods that range from solidly upper middle class to some of the city’s most economically disadvantaged.

The drama’s inciting incident connects multiple layers of the city’s culture owing to who the man gunned down by rookie police officer Paul Evans (Noel Fisher) happened to be. The man Evans killed was a well-connected black surgeon (Corey Reynolds) married to a white history teacher, Daniel Calder (Noah Wyle) and raising a headstrong daughter, Jira (Aliyah Royale). Precisely the kind of PR nightmare a police department with a reputation for corruption does not need to contend with, in other words.

On top of this, Jira’s loss leads her to search for her birth mother who, as it turns out, is a South Side politician running for Alderman named Tia Young (Emayatzy Corinealdi), and whose husband Ethan (Howard Charles) is a train operator whose route is, of course, the Red Line.

Series creators Erica Weiss and Caitlin Parrish cut their teeth in theater, Weiss as a director and Parrish as a playwright, and as the series launches, these roots show through by way of expositional dialogue and situations that can feel a tad manipulative.

On the other hand, part of the reason “The Red Line” works as a balanced view of the fallout of a deadly incident is because of conscientious blocking. The nagging question, as it always is in these cases, is whether the officer perceives a perpetrator as an obvious threat, and the way that moment is shown from the perspective of Fisher’s character, there’s no clear answer.

Then again, the viewer sees every moment leading to up it from the view of the man who ends up being shot to death. This leaves it up to the individual to draw upon his or her own internalized biases to  reach a conclusion about the nature of Officer Evans’ moral compass, in some respects making Fisher’s performance the toughest role to perform in this story.

“The Red Line” lives in its performances, and Wyle’s intense, sorrowful delivery in every scene carries the weight of the story’s intensity, as one would expect of an actor we’ve been familiar with seeing in heavy roles since his days on “E.R.” But his is not enough to dim the charisma and power of Royale’s outstanding portrayal of Jira, which is the undisputed heart and soul of this drama.

Despite the frequent indulgence of made-for-broadcast dramatic swells — the premise of the show leads characters to just happen to cross paths with one another at defining, transformative moments — “The Red Line” displays much more empathy and intelligence than design. Its handling of the racial and political elements of the story are particularly skilled, in that they’re written to exemplify how a man like Evans, who doesn’t believe he is racist, nevertheless behaves in ways proving he’s internalized a great deal of racist views and accepts them as truth.

The more overt displays of prejudice are left to his brother Jim (Michael Patrick Thornton), left disabled after being shot, and his partner Vic (Elizabeth Laidlaw) who takes actions to protect her partner that derail Daniel’s quest for justice. Corinealdi’s Tia, meanwhile, vacillates between wanting to earn a connection with her daughter, and channeling the urgent passion surrounding Jira's adoptive father’s murder to forward her own political career.

As these three lives intersect, clash and blend, all the initial clunks in the plotting fade into the background, allowing us to fully invest in theses people and the emotional crucibles each is passing through together and separately.

Swirled together these disparate tones in storytelling lend a heft to the honest of feeling throughout “The Red Line,” marking it as the sort of extraordinary, thoughtful work may hope begets others like it at CBS and elsewhere.

Since the dawning of the Trump era, commentator Van Jones has taken it on the chin quite a few times for vocalizing his quest to find common ground between the right and the left, two sides that assume the other is operating in bad faith and display little interest in achieving détente. It’s a job somebody has to attempt that yields no rewards and perhaps less respect.

His new series “The Redemption Project” puts aside politics — as much as one can when it comes to anything having to do with the penal system — and opts instead to focus on the healing humanity of restorative justice. Only here, the quest for forgiveness occurs between two parties that would be seem to be impossible to bridge, a convicted criminal and the victims or surviving family members of the people they’ve wronged.

Jones serves as a witness, guiding the victim through a recounting of what happened to them, then allowing the same platform for the felon. Mostly, however, he gets out of the way and gives us a window into what unfolds when these two parties come together in the same room and speak honestly about the terrible events that link them. The two episodes provided for review have a visceral power to them buoyed by their resolutions, but one senses that not every meeting will end on such an uplifting note.

While I’m not sure a show like this will lead to a wave of reaching across tables to listen to people we’re not interested in hearing from, it is something of an inspiring corrective to the numerous non-scripted series that glean entertainment out of looking prison life and street-level policing.  Similarly, it might not soften the opinions of Jones’ naysayers, but it may help a person appreciate the fact that he’s doing more than sharing his thoughts. This is an example of positive action, and in the end that’s what counts.

Maybe you're heard this, but a bunch of living people we like have a date to die at the hands of dead people we don't like. And worse, some of them are probably going to come back and fight their living friends.  Best of luck to everybody!

When I first wrote about “The Red Line” it happened to coincide with the initial developments concerning Jussie Smollett’s alleged assault in Chicago, which eventually let to him being charged for falsely reporting a crime to police, charges that were subsequently dropped, even though the city is now suing him. The act of typing this is exhausting, and I skipped a few details.

Anyway, given that Smollett starred — stars? — in “Empire,” an active television series and a proven hit for Fox, there were questions as to whether he would be continue to play his central role of Jamal Lyons. And that remains an open question even now, days after what is believed to be his final episode of the season has aired.

I bring this up only because it’s interesting and could potentially be a hoot to see how the writers explain what is expected to be Smollett’s absence from the final two episodes of the season. Complicating matters is the expected departure of Trai Byers’ Andre Lyon, the pride’s eldest son, whose cancer suddenly returned and is apparently incurable. That means “Empire” could be down to one heir, Hakeem (Bryshere Y. Gray), who is frankly the dud in the family’s production line — although another family character has magically emerged from the woodwork.

Seeing as this is still a soap opera and enjoys exercising a flair for melodrama, I would not be surprised if a car explosion ex machina or some other tried-and-true device solved the show’s problems, even though showrunner Brett Mahoney has said before that no final decision has been made with regard to Smollett’s continued employment.