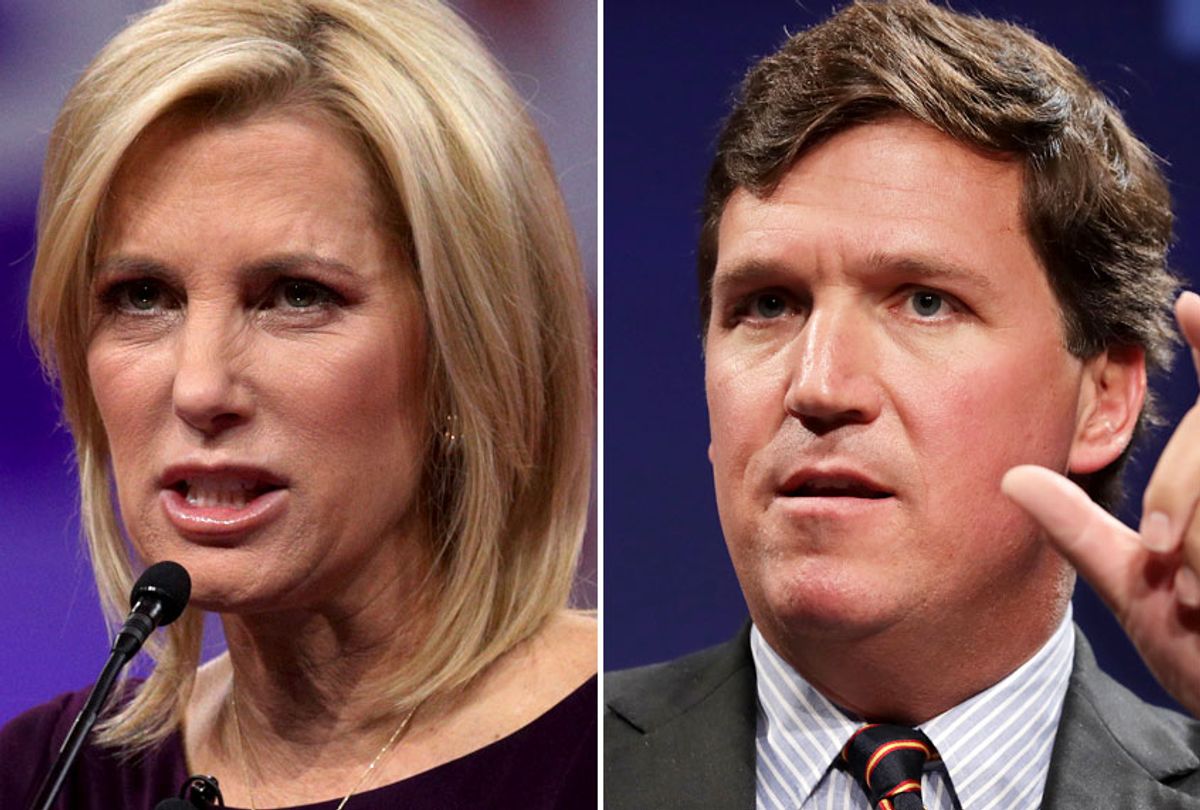 Exactly six months after the Tree of Life synagogue massacre in Pittsburgh, and just six weeks after the mosque shootings in New Zealand, there's been another white nationalist attack on a house of worship, this time at a synagogue in San Diego. As with those other murders, the alleged killer — a 19-year-old man named John Earnest — was a devotee of the fascistic "replacement" theory, which holds that white people are entitled to cultural dominance and that racial diversity and immigration are equivalent to a "white genocide."

Replacement theory is an idea that's been coursing through the burgeoning neo-Nazi and white nationalist movement for some time, offering outright racists an excuse for casting themselves as  the victims of demographic change and justifying their violent anger towards people of color. Sadly, this toxic notion is not limited to the dregs of the internet, where it appears Earnest was radicalized. These days, anyone who flips on Fox News, especially if they watch prime-time commentators like Tucker Carlson or Laura Ingraham, will hear strikingly similar ideas.

Replacement theory is an elaborate conspiracy theory that is just as unhinged as it is hateful. Adherents believe that a cabal of secretive Jews are deliberately trying to undermine white hegemony by pushing anti-racism and feminism and other such social justice notions, sneeringly derided by white nationalists as "cultural Marxism." These Jewish conspirators, the theory continues, exploit feminism to trick white women into having fewer babies while pushing for "open borders," and all this is aimed toward the ultimate goal of "replacing" white people with Jews and people of color.

As civil rights organizer Eric Ward told Salon last year, white nationalists simply cannot accept that women and people of color  are smart enough to agitate for equality and social justice all on their own, and therefore blame "a global conspiracy by Jews" for masterminding the whole thing.

Every piece of this conspiracy theory is now being championed, in one form or another, on Fox News and by other conservative luminaries, such as Canadian psychology professor-turned-reactionary darling Jordan Peterson.

The idea that immigrants from Asia and Latin America threaten to dislodge white people from their supposedly rightful roles and "replace" them has become a constant refrain on Fox News. Ingraham and Carlson repeatedly characterize immigration as an "invasion" and present the demographic shifts that  come from immigration as inherently negative and a threat to "normal" (aka white) Americans.

As anyone even slightly familiar with American history knows, similar arguments were leveled against Italian, Irish and even German immigrants in the past. What's frustrating about this argument is that of course it's true that immigration causes cultural change. Spaghetti with marinara sauce used to be considered a novel and exotic dish in America, for instance. Garlic and sour cream were unknown commodities outside their relevant ethnic enclaves. What's blatantly wrong is the interpretation of these changes as a threat, when the broader truth is that cultural change is both inevitable and beneficiary, in ways both small (spaghetti is tasty!) and tremendous (technologies like TV and computers could not have been developed without the "globalism" that white nationalists decry).

While Fox News hosts avoid directly accusing Jews of running this supposed conspiracy, they certainly employ a lot of euphemistic terms that gesture in that direction. Carlson, for instance, talks a lot about the "ruling class" and the "elites," terms that many liberal commentators and journalists may assume refer to the billionaire and ultra-millionaire class that uses its wealth to manipulate our political systems.

Carlson encourages this reading, particularly in interviews with progressive outlets like Salon, but there's good reason to be skeptical that's how his actual audience reads these terms. Carlson's rhetoric tends to evoke not the actual super-rich, but a "liberal elite" compromised more of middle-class professionals like college professors and public intellectuals than the truly wealthy. Carlson tries to confuse this issue by name-checking a handful of billionaires like Mark Zuckerberg and George Soros (both Jewish, by the way) who are are culturally identified as relatively progressive, while ignoring the larger class of billionaires like the Kochs, the Waltons, the Adelsons, the DeVoses and other ultra-rich Americans (including Fox News' ultimate boss, Rupert Murdoch) who tend to be more supportive of Republicans and right-wing causes.

Carlson and Ingraham lean heavily on these vague euphemisms to insinuate that liberal-minded, middle-class urban professionals are somehow more "elite" than right-wing billionaires. Full-blown white nationalists like the shooter simply take this to the next level, by explicitly blaming Jews. But the basic conspiracy theory is the same: A shadowy group of "elites" is out to destroy white Christian America, and they're using progressive ideology, feminism and immigration to accomplish that goal.

While most conservatives tend to dislike feminism because they see it as an assault on traditional gender roles, white nationalists claim to see feminism as an aspect of the Jewish plot to undermine America. They argue that feminist movements for reproductive rights and equal pay are about distracting white women from their main duty in life, which is of course to perpetuate the white race.

Sure enough, this idea is starting to pop up on Carlson's show. He's begun to paint abortion rights as a conspiracy perpetrated by those vague "elites" in order to divert women into paid employment and away from their supposedly natural inclination to stay home and raise a bevy of children. Carlson has also tied day care into this supposed plot, arguing that it's just being "used to justify more immigration," again tying together the idea that America must stay white and that keeping women out of the workplace is an important element in accomplishing that.

Whenever one of these white nationalist hate crimes happens, there's a general scramble on the part of conservatives to deny that the rhetoric coming from Fox News and Trump is in any way to blame. Trump and his staff, for instance, have aggressively denied that he was talking about neo-Nazis when he praised the "very fine people" who rioted in Charlottesville in August 2017. (There's no wiggle room here. Trump was definitely talking about neo-Nazis, and any attempt to walk that back is a lie.)

This signaling from the president and his favorite network of fellow feeling with white nationalists is not some small, quirky thing to shrug off. It helps justify the white nationalist narrative that they actually speak for a majority of white Americans -- and that when they commit heinous acts of violence they are striking a blow for a righteous cause.