Bernie Sanders to Disney CEO: Be a real hero and share "Avengers" profits with workers

Bernie Sanders publicly shamed Disney CEO Bob Iger for making more than 1,400 as much as his employees 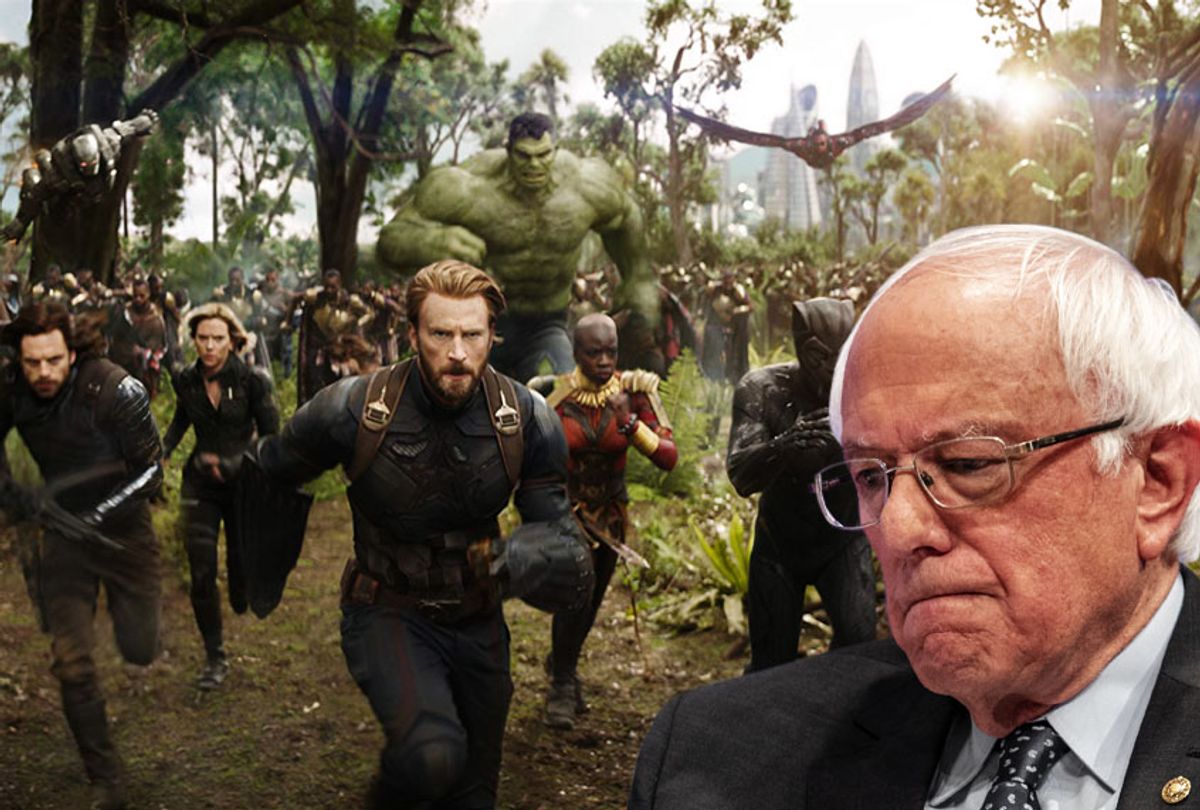 Sen. Bernie Sanders, I-Vt., is calling on Disney CEO Bob Iger to use the profits from "Avengers: Endgame" to increase the pay of the company's employees.

"What would be truly heroic is if Disney used its profits from Avengers to pay all of its workers a middle class wage, instead of paying its CEO Bob Iger $65.6 million – over 1,400 times as much as the average worker at Disney makes," Sanders posted on Twitter on Monday. He included a link to an article from Bloomberg which discussed how the film — which has already grossed more than $356 million in the United States and more than $1.22 billion worldwide — "prompted analysts to expect a much larger contribution from the studio division to the company’s overall profit, and it is also seen as a positive sign as the Dow component prepares to launch its Disney+ streaming service."

Sanders' argument was that, since the entertainment behemoth has netted so much money, it should spend that extra cash helping the workers who make their success possible. The Vermont senator and self-proclaimed "democratic socialist" isn't the only one who has recently called out Iger's grossly lopsided pay. Abigail Disney, the granddaughter of Walt Disney's founder, took to Twitter last week to write, "Let me very clear. I like Bob Iger. I do NOT speak for my family but only for myself. Other than owning shares (not that many) I have no more say in what happens there than anyone else. But by any objective measure a pay ratio over a thousand is insane."

In subsequent tweets she added, "To brush aside criticism of the low wage you pay workers at the company by saying you pay more than the Federal Minimum Wage and that you provide opportunities for education is a dodge. We all know the Federal Minimum is too low to live on. So why must we, at a company that’s more profitable than it’s ever been, be paying anything so close to least the law allows at all??? Pointing out the incongruity of pay at the top and pay at the bottom provokes a reaction because it so violates of our innate sense of fairness it is impossible not to wince."

Sanders has received some criticism recently for his own reported income, which is considerably higher than that of most Americans. After releasing the last 10 years of his tax returns, it was discovered that Sanders and his wife, Jane O'Meara Sanders, had an adjusted gross income of $561,293 in 2018. Sanders earned roughly $393,000 in book income last year and the couple donated roughly $19,000 to charity. Together Sanders and his wife have earned more than $1 million since his presidential campaign in 2016.

In a statement Sanders that the tax returns "show that our family has been very fortunate" and added that he is "very grateful for that, as I grew up in a family that lived paycheck to paycheck and I know the stress of economic insecurity."

He also said, "That is why I strive every day to ensure every American has the basic necessities of life, including a livable wage, decent housing, health care and retirement security."