Have court rulings in Michigan and Ohio turned the tide on partisan gerrymandering? 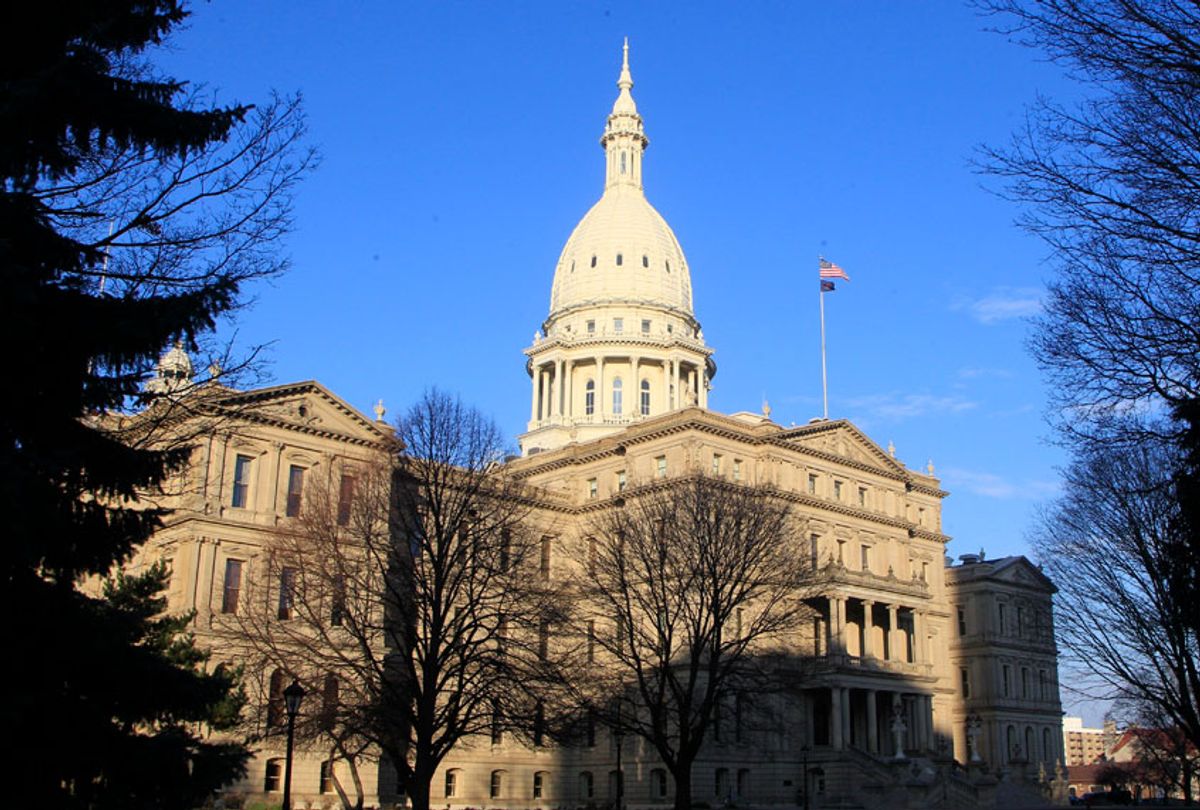 In 2011, Michigan’s Republican-controlled legislature dramatically expanded the state’s power to take over financially struggling municipalities and place them under the control of a state-appointed emergency manager.

Angry voters toppled the law in a November 2012 ballot initiative, concluding that it gave the state too much power to usurp local control, ran roughshod over elected officials, and undermined existing union contracts. But one month later, lawmakers ignored the public and reinstated the emergency manager program.

Then in 2014, the emergency manager appointed to run Flint, Michigan, changed the city’s water supply to the Flint River and decided against installing corrosion inhibitors to properly treat the water, saving an estimated $140 a day. It sparked a lead contamination crisis and an outbreak of Legionnaire’s disease that killed 12 people, sickened hundreds of children, and resulted in criminal wrongdoing charges against two of the four state-appointed managers.

Michigan’s legislature was willing to act with such impunity because Republicans had effectively insulated themselves from the voters through redistricting. School kids drank poisoned water, in part, as a result of uncompetitive seats that effectively locked in an enduring minority rule.

When Republicans won the governor’s office and both chambers of the state legislature in 2010, they gerrymandered district lines so effectively that the GOP held nine of 14 congressional seats even in 2012 despite winning more than 200,000 fewer votes than Democrats -- and held control of the state house in 2012, 2014, 2016 and 2018 despite losing the popular vote.

Last Thursday, a federal court overturned Michigan’s congressional and state legislative maps on Thursday as an illegal partisan gerrymander “of historic proportions.” The very next day, a different federal court also declared Ohio's congressional map an unconstitutional partisan gerrymander, tossing aside a GOP map that had safely entrenched a 12-4 Republican delegation in a highly competitive purple state, no matter how many votes Democrats received.

In Michigan, the outraged three-judge panel cited secret emails that boasted of packing “Dem garbage” into a small handful of districts so Republicans would hold the advantage in all the others, as well as studies that created thousands of random, neutral maps and conclusively demonstrated that the ones enacted by legislators had only one intent: Locking in a decade-long partisan advantage for Republicans.

The bipartisan judges not only ordered that new districts be drawn well ahead of the 2020 elections, but sent a message to the U.S. Supreme Court, where the case will now head on appeal, that federal courts must act now to rein in toxic gerrymandering and “protect American voters from this unconstitutional and pernicious practice that undermines our democracy.” The justices, thus far reluctant to get involved in policing maps, are already considering partisan gerrymandering cases from North Carolina and Maryland; decisions are expected by June.

These are courageous rulings, and they follow a growing trend. Since November 2016, federal courts and state supreme courts nationwide, exhausted by districts crafted with such surgical partisan intent that they become impervious to shifts in the electorate, have also struck down entire maps in Wisconsin, Pennsylvania and North Carolina. (Only Pennsylvania’s have actually been redrawn; elections were held in Wisconsin and North Carolina last fall on maps declared unconstitutional.) Courts have additionally overturned individual districts in Maryland, Virginia and Florida as either unconstitutional racial or partisan gerrymanders.

It’s also too late to change nearly a decade’s worth of policies in Michigan and elsewhere. On Wednesday, for example, Michigan’s gerrymandered Senate moved to cut several million dollars the state’s Democratic governor provided the secretary of state to implement a new independent redistricting commission overwhelmingly passed last fall via initiative.

In Ohio, where Republicans also hold a supermajority that survived winning fewer statewide votes in 2012 and 2018, the legislature enacted one of the nation’s most restrictive abortion bills this month. It prohibits abortions once a fetal heartbeat is detected, and then allows the prosecution of any doctor who subsequently performs the surgery.

North Carolina’s gerrymandered legislature produced the hotly contested transgender “bathroom bill.” Florida’s gerrymandered legislature this week overrode the 64 percent of voters who amended the state constitution last fall to restore voting rights to released felons, and added what amounts to a poll tax requiring that all fines and fees also be repaid before earning back the vote. Wisconsin’s state legislature — so gerrymandered that Democrats won the statewide vote by more than 200,000 in 2018, but gained only one seat and leaving the Republican majority at 63-36 — instituted a voter ID law so draconian that many experts believe it helped tip the state to Donald Trump in 2016.

Swing states including Michigan, North Carolina, Pennsylvania and Ohio sent 43 Republicans and 15 Democrats to Congress in 2012, 2014 and 2016, an imbalance that courts and academic studies have consistently found was due to gerrymandered maps and not any natural geographic advantage held by the GOP. One of those new districts, North Carolina’s 11th, has been represented since 2013 by Freedom Caucus chair Rep. Mark Meadows, who has perhaps done more to push Congress to the right than any other member, and who owes his seat entirely to partisan gerrymandering.

One by one, these maps are being deemed unconstitutional. Only it’s now 2019, and Republicans in all these states, and in Congress, have had a decade to institute policies and install judges, despite repeatedly earning fewer votes on maps found to violate the First and 14th Amendments. Voting rights, labor rights, reproductive rights, the environment — gerrymandered legislatures have assaulted them all nationwide, moving the country backward, in opposition to public will, at a crucial moment in history.

Forty years ago, when Raymond Donovan, the labor secretary under Ronald Reagan, was acquitted on fraud and larceny charges, he famously asked, “Which office do I go to to get my reputation back?” We should be asking the same question about our democracy. Regardless of how the U.S. Supreme Court rules later this spring, it will take years, even a generation, to repair the damage to our civic fabric from this decade’s cynical and corrosive festival of partisan gerrymandering that has heightened and accelerated polarization, extremism and our dysfunctional politics. In Flint, meanwhile, the water crisis continues, and citizens still purchase bottled water and worry about those lead pipes.