"He apologized for the way the hearings were run. And so now it's kind of — it's time to move on," she said 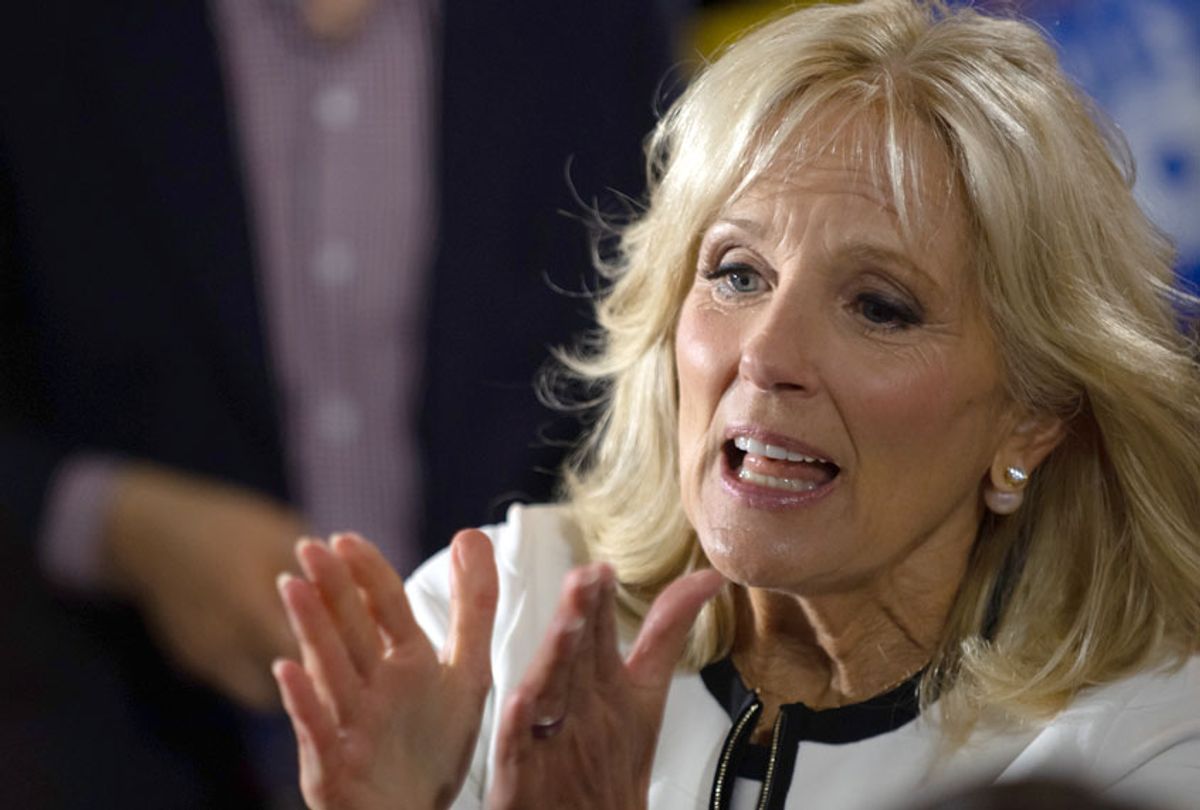 Jill Biden, the wife of 2020 Democratic presidential candidate Joe Biden, declared it is "time to move on" from her husband's handling of Anita Hill's testimony in 1991, when she brought allegations of sexual harassment against against then–Supreme Court nominee Clarence Thomas.

"I watched the hearings like most other Americans, and so I mean Joe said, as I did, we believed Anita Hill," Jill Biden told NPR on Tuesday. "He voted against Clarence Thomas. And as he has said, I mean he's called Anita Hill, they've talked, they've spoken, and he said, you know, he feels really badly."

She added, "He apologized for the way the hearings were run. And so now it's kind of — it's time to move on."

In the weeks since he launched his presidential campaign, Biden has come under increased scrutiny over how he reacted then to Hill's testimony. At the time in 1991, Biden was chairman of the Senate Judiciary Committee, meaning he presided over the hearing. Biden is widely perceived as not having done his due diligence; he let Republicans smirk at and mock Hill, imply that sexual harassment in the workplace was normal, and did nothing to stop their lines of questioning. Though there were other witnesses present to corroborate Hill's testimony, Biden did not call them to the stand.

Recently, Biden has made several conditional apologies for his handling of Hill's testimony, and said he regrets she did not get "the kind of hearing she deserved."

The former vice president in late April reached out to Hill to express his regret for his conduct at the hearing, but Hill said she is not convinced that Biden has truly taken full responsibility for his behavior.

"I cannot be satisfied by simply saying, 'I'm sorry for what happened to you.' I will be satisfied when I know that there is real change and real accountability and real purpose," Hill told The New York Times last month.

Jill Biden told NPR she was unsure why her husband waited until just before throwing his hat into the presidential ring to reach out to Hill.

She said she did not encourage her husband to reach out to Hill, telling the news outlet that the move was "his decision."

As a major figure in American politics since he was elected to the Senate in 1972, Biden has near-universal name recognition as the former second-in-command to a largely popular president. Still, Biden's name ID doesn't mean he's unbeatable, as the large pool of candidates polling below 10 percent still have plenty of time to grow their campaigns.