Was an ocean-view property in the Dominican Republic sold to a shell company run by associates of Diosdado Cabello? 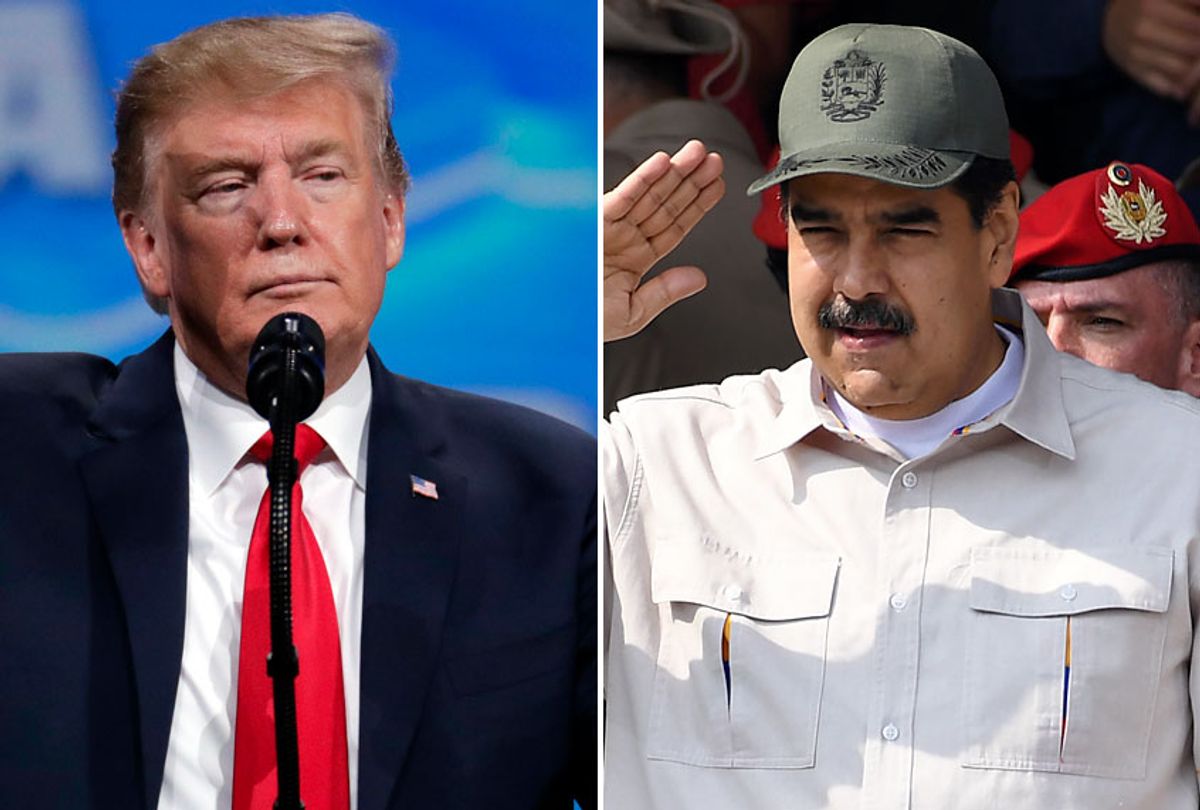 A new report reveals that the Trump Organization might have sold property to individuals linked to a political ally of Venezuelan President Nicolás Maduro roughly a year before President Donald Trump took office.

The story, which was broken by McClatchy and the Miami Herald, claims that in 2015, the Trump Organization sold an ocean-view property in the Dominican Republic to a shell company run by associates of Diosdado Cabello Rondón, the president of the National Constituent Assembly. Cabello is a close political ally of Nicolás Maduro, the longtime Venezuelan president, whose claim to power has been challenged by opposition leader Juan Guaidó. Cabello also has considerable political power in his own right, including playing a major role in restoring Hugo Chavez — another Venezuelan dictator accused of numerous human rights violations — to power after a coup d'etat. He has also been accused by the Trump administration of money laundering and drug trafficking and attempting to arrange an assassination of Sen. Marco Rubio, R-Fla., who has been outspoken in his criticisms of Venezuela's political status quo.

It is important to note that the sale, if it happened, would not have been illegal. Moreover, because the property was sold two months before Trump announced his presidential campaign — it was sold in April 2015 and Trump announced he was running for president in the following June — it did not occur while he was actively engaged in seeking political office. At the same time, because Trump has not fully divested himself from his business empire, it raises questions about the ethics of having a sitting president make foreign policy decisions about a nation with which his business empire might have previously transacted. These questions have been raised on a number of occasions as Trump conducts foreign policy.

As the Herald reported:

The Dominican property sold in April 2015, two months before Donald Trump announced he was running for president. While the amount of the sale isn’t known, the future president declared in his May 2016 financial disclosure that the Trump entity that controlled the property had earned $2 million in land sales in 2015. Earlier promotional materials from 2014 showed an asking price of $3.5 million for the property.

Trump's foreign policy toward Venezuela has gained increased attention in 2019 as he has vocally opposed the Maduro dictatorship and supported Guaidó, who claims to be the legitimate leader of the South American country. When Salon spoke to Fox Business Network's Trish Regan in February, she elaborated on her own reporting about the Venezuela crisis and its larger geopolitical implications.

"Protecting what we have is very important," Regan told Salon. "Recognizing that freedom is very fragile, and this is something that Juan Guaidó said to me. Actually, this is the man that we are now recognizing as president of Venezuela, at least in the U.S. and most of the free world. I asked him how we make sure that we don't wind up on a path for us becoming Venezuela. He said, 'Remember how important freedom is and cherish it.' I think that's very true."

Guaidó has also spoken to Regan about his efforts in Venezuela.

"President Trump’s help has been instrumental, it’s been key for this international coalition," Guaidó previously told Regan. "It’s important when a tragedy such as this in Venezuela has occurred. I think democracy and freedom are fundamental causes. And the ELN for instance, the liberation movement in Venezuela, we see it’s not going well and this is a threat to Colombia as well. We see an attack just last month in Bogotá. Latin America should be a democratic land, a land of freedom and of cooperation."