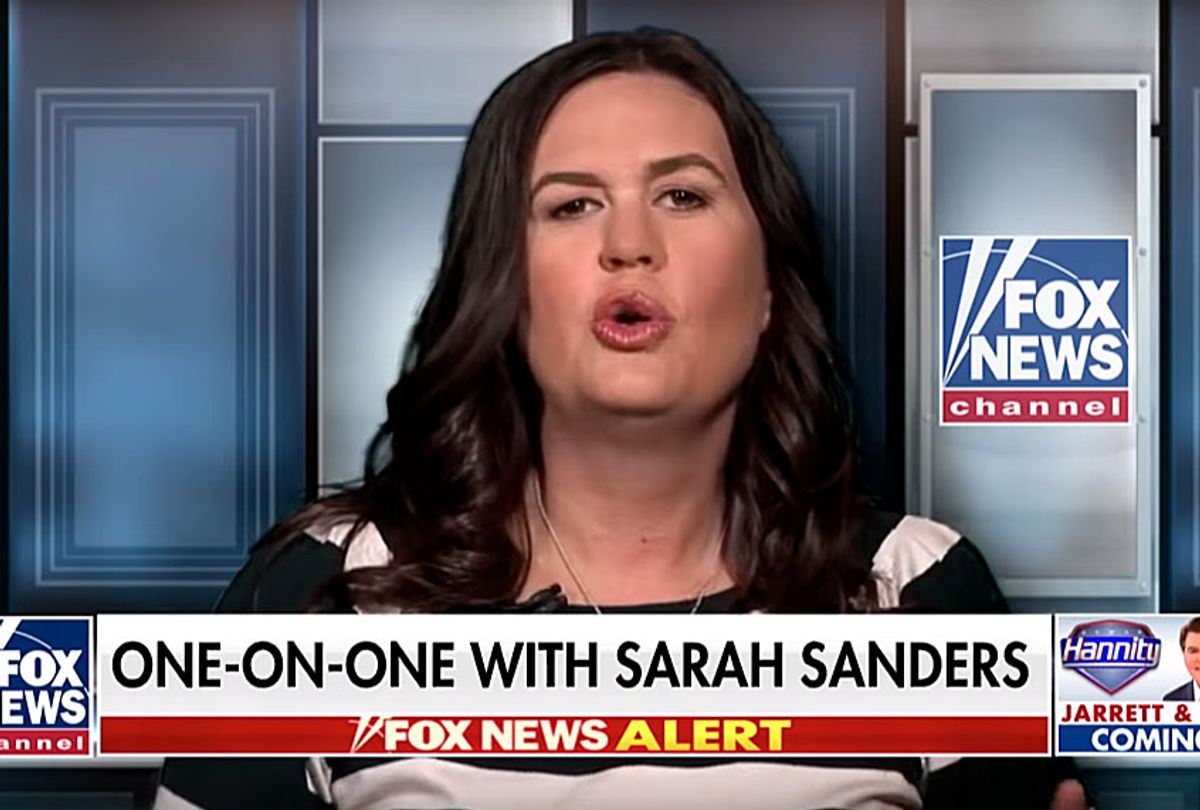 The White House press office implemented a new policy this week that aims at cutting down the number of journalists who can have a “hard pass,” a two-year press pass that allows reporters entry to the White House grounds, The Washington Post reported. Under the new rules, only journalists who have entered the White House grounds at least 90 days of the last 180 can renew their hard pass. Reporters who do not have a hard pass must apply for a new pass each time they need access. Temporary press passes are issued on a daily, weekly and six-month basis.

Sanders denied that the new policy was related to Acosta and claimed that “no one’s access is being limited” under the new rules. She said that the White House Correspondents’ Association was consulted on the new policy.

But the Post’s Dana Milbank points out that Sanders failed to mention that she went ahead with the policies “over objections” from both the White House Correspondents’ Association and numerous news outlets.

Milbank, who has covered the White House for over 21 years, wrote that he had his press pass revoked this week via email.

“I’m not the only one. I was part of a mass purge of ‘hard pass’ holders after the White House implemented a new standard that designated as unqualified almost the entire White House press corps, including all seven of The Post’s White House correspondents,” Milbank wrote.

The White House said it will exempt certain journalists from the new rules but has not provided guidelines on how it will make those decisions, raising concerns that Sanders and press aides may arbitrarily pick and choose which reporters get access.

Milbank wrote that the other seven Post correspondents were granted exceptions but he was not.

“I strongly suspect it’s because I’m a Trump critic,” he wrote.

The new rules set a “nearly-impossible” standard for journalists, Milbank wrote, noting that it appears that “most of the White House press corps didn’t qualify for credentials under the new standard.”

Trump, who lives at the White House but has spent more than 240 days at his personally-owned properties and traveling to events, might have trouble meeting the new standard himself.

The new policy also comes as the White House has gone out of its way to limit press access to the point where it is impractical for a journalist to spend 50 percent of their days at the White House.

Sanders has held just two press briefings this year and has instead held unscheduled “gaggles” in front of the White House.

The White House has also limited access to events to just one journalist from each news organization and requires journalists to register days in advance.

“This has sharply reduced journalists’ attendance at the White House — just in time for the 90-day attendance purge,” Milbank wrote, adding that the “move is perfectly in line with Trump’s banning of certain news organizations … from his campaign events and his threats to revoke White House credentials of journalists he doesn’t like.”